KATHMANDU, Feb 24: Following the verdict of the Supreme Court (SC) on Tuesday, Senior orthopaedic surgeon, Dr Govinda KC has postponed his 20th round of hunger strike which was scheduled to take place from Wednesday.

The SC scrapped the government’s December 20 decision to dissolve the 275-member House of Representatives (HoR) on Tuesday.

Issuing a press statement earlier today, Dr KC wrote, “As the Supreme Court nullified Prime Minister’s assault on the constitution through its verdict, we have decided to call off the scheduled programs of Satyagraha for now.”

KC, however, stated that his campaign would continue unless the past agreements are implemented by the government so that the latter would be accountable.

Senior orthopedic surgeon KC had staged his 19th fast-unto-death demanding reforms in the medical sector of Nepal earlier in October, 2020. He broke the strike on October 11 on 28th day after reaching an eight-point agreement with the government. 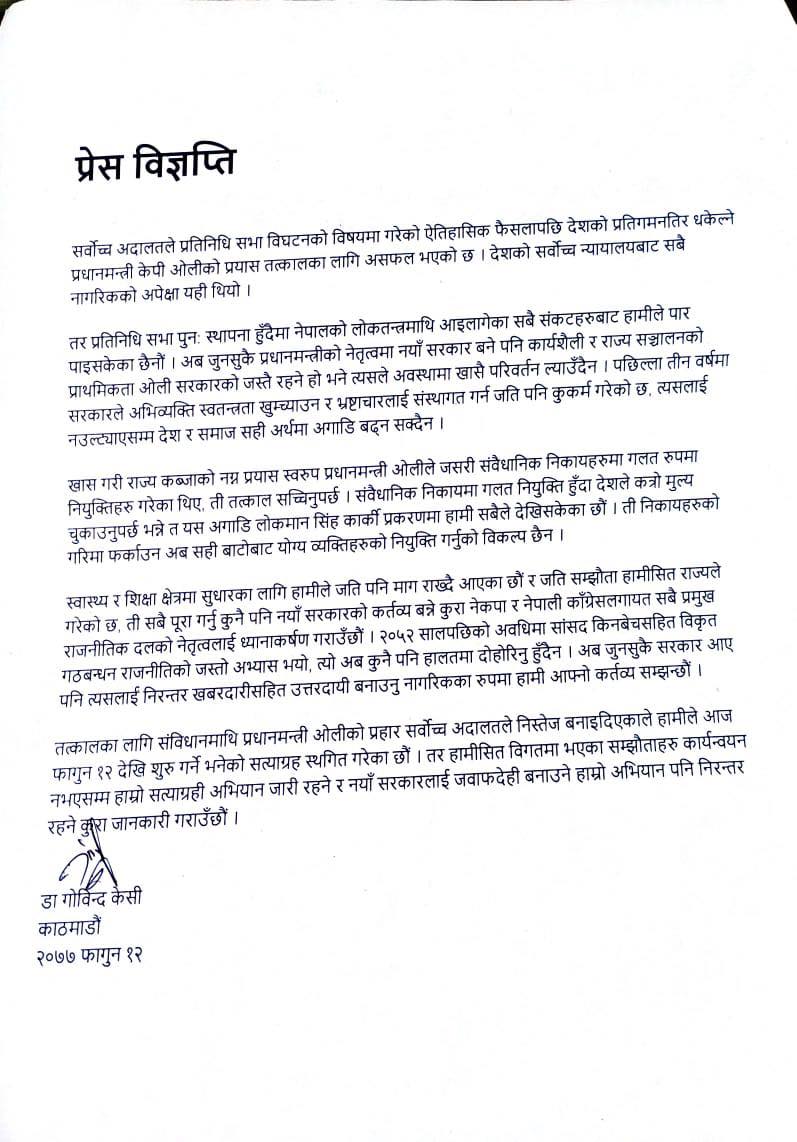