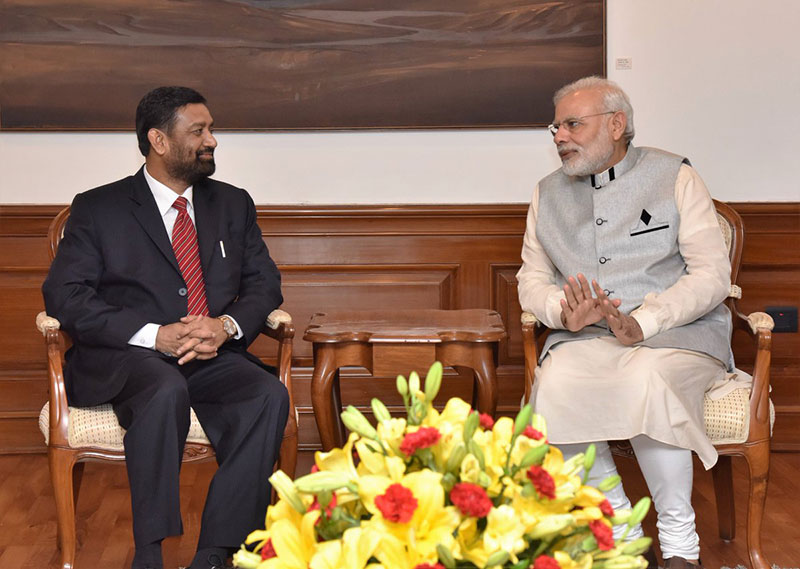 KATHMANDU, Aug 20: Deputy Prime Minister and Minister for Home Affairs, Bimalendra Nidhi, who is on an India visit currently, met with Indian Prime Minister on Saturday.

During the meeting, the Deputy Prime Minister shared that the implementation of the constitution accommodating aspirations of all people would be the top priority of the new government, Embassy of Nepal, New Delhi said in a press statement.

Stating that the government is also focused on the pursuit of socio-economic development, the Deputy Prime Minister stressed on the need of continuation and further scaling up of India's cooperation in Nepal's development.

“The Prime Minister of India also stated that the Indian government looks forward to the forthcoming visit of the Prime Minister to India as well as an early realization of the exchange of visits at the Presidents' level,” reads the statement.

KATHMANDU, Nov 3: Indian President Pranab Mukherjee has expressed the commitment on behalf of India to support as much as... Read More...