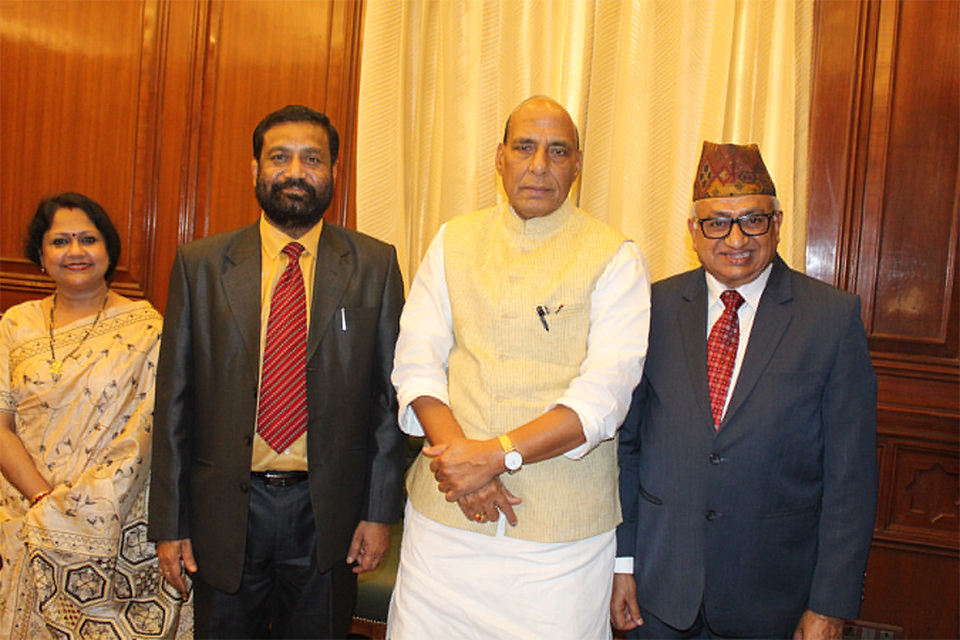 DELHI, March 16: Deputy Prime Minister and Minister for Home Affairs Bimalendra Nidhi, who is currently in India, has held talks with his Indian counterpart Rajnath Singh.

In the meeting held at the Ministry of Home Affairs at North Block on Thursday morning,  Minister Nidhi drew Singh’s attention toward the Kanchanur incident in which a Nepali was had been killed after being shot by Indian Sashastra Seema Ball (SSB) recently.

Singh had given a green signal to Nidhi’s proposal. Besides, the meeting also focused on giving continuity to the mutual cooperation subsisting between the two countries and expressed commitment to consolidate it further in the days ahead.

Expressing gratefulness to the southern neighbor for its logistics support during the previous Constituent Assembly elections, Nidhi urged Singh to lend support to the upcoming local elections.

Nepali Ambassador to India, Deep Kumar Upadhyaya was also present in the meeting.

Nidhi had gone to India to take part in the 3rd International Conference on Counter Terrorism three days ago.

Nidhi is scheduled to hold talks with External Affairs Minister of India Sushma Swaraj this afternoon.

Bishwa Prakash's question to Oli: When will you get rid of 'Congress phobia'?
8 minutes ago