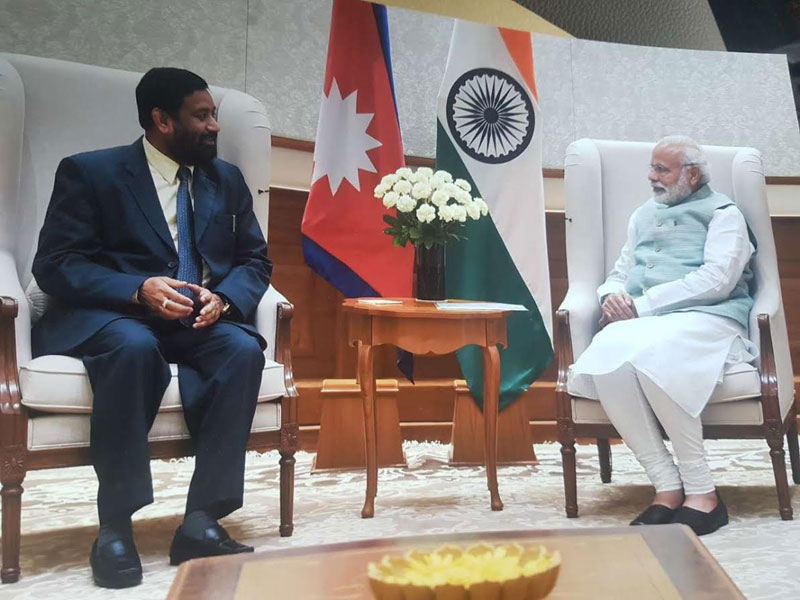 According to Nidhi's secretariat, DPM Nidhi, who is also the Minister for Home Affairs, discussed about the Kanchanpur incident with the Indian Prime Minister. A Nepali citizen Govinda Gautam had died in the Kanchanpur boarder from the firing of Indian border security force.

Likewise, DPM Nidhi also requested India to provide logistic support to Nepal for the upcoming local level election scheduled to be held on May 14.

In reply, Indian Prime Minister Modi informed Nidhi that he has already discussed with his External Affairs Minister, Home Minister and the security advisor about the Kanchanpur incident.

According to Nidhi's secretariat, Indian PM Modi mentioned that the Indian side has been investigating the Kanchanpur incident on detail and is ready to action against the guilty.

Likewise, Indian PM also said that the India is ready to provide all the necessary support for the upcoming local level election.

DPM Nidhi is in India for last four days to attend the third international conference on counter terrorism held in New Delhi.