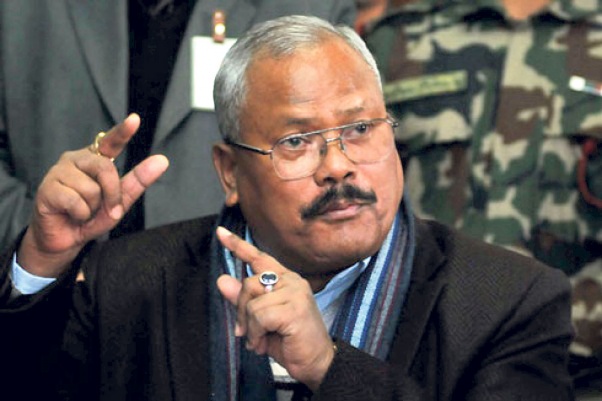 Talking to media persons at Biratnagar Airport today, DPM Gachchhadar clarified that constitution could be amended as per the need of people and political parties after the election of House of Representatives and State Assemblies.

Saying different acts including those related to local-level operation would be passed in Parliament meeting taking place from September 19, he said that problems have surfaced in carrying out some of the activities in lack of laws.

Also the Minister for Federal Affairs and Local Development, DPM Gachchhadar said that administrative activities have been affected as the Election Commission issued election code of conduct in hurry.

He said, "The Ministry has failed to make adjustment of the government employees including 100 under secretaries and 300 officers, and there is lack of employees at 67 rural municipalities now due to the code of conduct."

The DPM also suggested the EC to withdraw the code of conduct for few days as problems have surfaced to carry out various activities due to this.

Responding to query of media persons regarding the closed list of name of candidates under the proportional election demanded by the EC before the election of House of Representatives, he stressed that discussion regarding this should be held.

Gachchhadar, also the chairperson of Nepal Democratic Forum, shared the information that his party was ready for alliance with any parties including Madhes-based parties in the election of House of Representatives and State Assemblies. RSS