DHANGADHI, Feb 11: The third season of Dhangadhi Premier League (DPL) is set to finally commence on Monday after being postponed for two days due to persistent rains.

Representatives from all the teams met with the technical team of DPL on Saturday to agree on new dates and schedule without compromising the original duration of the tournament. The trophy unveiling and opening ceremonies were held as previously scheduled.

With the rains subsiding, the ground and areas surrounding Fapla Cricket Ground have dried up, allowing for the tournament to be commenced, according to the organizers.

Fapla has been a long-term project of international stadium for both the city of Dhangadhi and Subash Shahi, the chief organizer of DPL and president of Dhangadhi Cricket Academy (DCA).

DPL will be the ground’s first foray in International Cricket Council (ICC)-sanctioned premier cricket event, which will help Fapla get the recognition it was looking for.

“It gives us immense hope that Fapla is finally getting the recognition at world stage. National superstars and players coming from other countries will make the event more exciting. It will also help build the profile of Fapla. I am sure people will love it. It really can be most iconic introduction of not only Dhangadhi, but the entire far-west region of the country,” said Subash Shahi, on the tournament’s eve.

Fapla previously had hosted controversial Nepal Premier League in 2014 which was not recognized by Nepali or ICC cricket bodies.

DPL got Jonty Rhodes as its marquee goodwill ambassador, Binod Das as the tournament director, and Dipendra Chaudhary as the match commissioner to make sure the quality of cricket remains at top notch and Nepal gets another milestone tournament from this part of the country.

There were changes in ownership of Biratnagar Kings and home team Dhangadhi which changed its name from Team Chauraha to Dhangadhi Stars before the beginning of the tournament. Similarly, CYC Attariya had new influx of investors getting a notch ahead than other teams when they hired Rhodes and Ryan Maron as coaching staff.

Six teams will start all over again for the ultimate goal of winning the far-west’s biggest and most expensive sports event. The defending champions Team Chauraha has been defunct due to unavoidable circumstances, which makes the championship a brand new possession to boot for. However, the defending captain Sompal Kami has once again been given the opportunity to lead the home team.

For the first time in DPL’s short history, the teams have been locked for three-year contracts with an auction held last month.

Here is the detailed analysis of each team participating in the third season, which heralds a new era for DPL: Dynamic Dipendra Singh Airee will be leading the young team CYC Attariya. Sandeep Jora, the world record holder in international T20 cricket for being the youngest player to score a half-century, will be tagging up with Airee to form an exciting middle order for the team from Kailali. However, except the opening batsman Jaykishan Kolsawala (India) and middle order explosive batsman Sunny Patel (India), Attariya lacks supportive players to accompany them or work in partnerships. In bowling, Bhuwan Karki is the most experienced bowler, besides the upcoming seam bowlers Kamal Singh Airee and Ram Naresh Giri.
The lack of experience in other Nepali players in the team is complimented by the presence of world cricket legend Jonty Rhodes as the mentor and former West Indies and Afghanistan fielding coach Ryan Maron as the head coach. Attariya playing under world-class coaches makes them must-see extravaganza of the premier league.

Much like Attariya, apart from Gyanendra Malla and Indian recruit Gaurav Tomar, Goldens lacks firepower in batting with out-of-form Anil Kumar Sah at top of the innings and untested Indian all-rounder Ankit Dabas in the middle order. Goldens’ strong bowling lineup will look to cover voids in batting. Rapidly improving fast bowler Rashid Khan and consistent left-arm spinner Lalit Rajbanshi will lead their respective departments. It also has variety in leg-spins of Bikram Bhusal and left arm seamers of veteran Mehbood Alam and Bikram Thagunna if required. Goldens also has Nandan Yadav and Surya Tamang as back up bowlers who can deliver on their day if presented with opportunity. 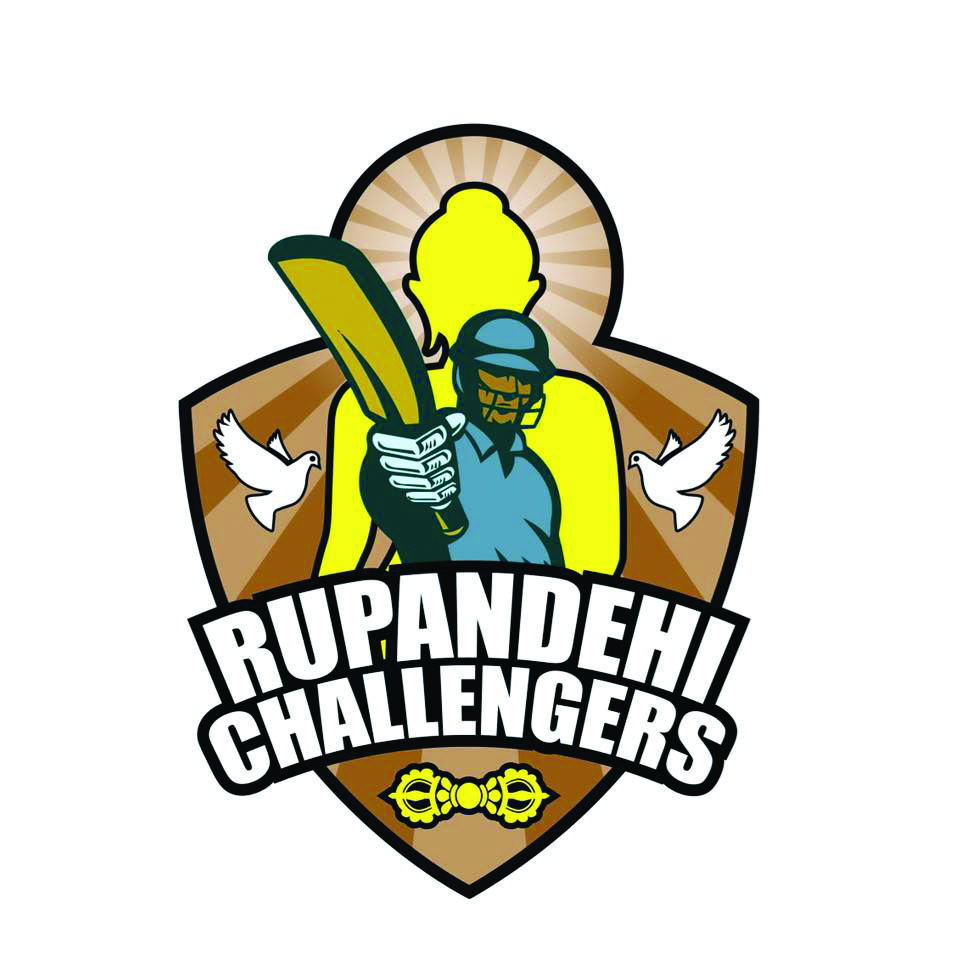 Rupandehi Challengers were criticized for being reckless at the start of the auctions. But by the end of it, with its foreign players, it has appeared as one of the most balanced sides in the tournament with match-winners in both batting and bowling departments. Both Pradeep Airee and Binod Bhandari are known for their explosive batting. Sandeep Sunar has the same reputation in Nepali domestics who plays in only one gear. Likewise, Bhim Sarki is one of the most sought-after young talents in the country who bagged national call up and highest bid at auctions. Add Hong Kong’s Babar Hayat in the mix, and they have one of the best batting lineups in the tournament. The finishing abilities of Indian Puneet Mehera , skipper Basant Regmi, and seamer Krishna Karki make them a must-watch team when they bat.

With Lalit Singh Bhandari, last year’s Golden Boot winner with the most number of wickets in DPL; Bikram Sob’s rapid improvement last month; and Regmi’s dependable bowling, Rupandehi is a formidable side and one of the contenders for the title. A batting heavy team, Dhangadhi Stars is reinforced by bowling resources with the arrival of United Arab Emirates (UAE) fast bowler Amir Hayat. Led by mercurial Sompal Kami and enigmatic all-rounder and UAE Skipper Rohan Mustafa, the core is an experienced outfit with all three match-winners on their day. On top of it, Nepal domestic scenes’ two best opening batsmen Amit Shrestha and Sunil Dhamala will take up the batting mettle in a pitch touted to be slow and two-paced. Similarly, the firepower of Saurav Khanal and flexibility of Pawan Sarraf gives them enough options at tail-end.

Likewise, in bowling, Bipin Khatri has been doing well in franchise cricket but apart from that Stars don’t have much experience to boot in spin department.

Stars have an upper-hand with a long batting lineup where a former U-19 world cup captain Raju Rijal might bat at number 7 or 8 which might be crucial in conditions helpful for bowlers. The home team just might be the dark-horse for the league. It is arguably the most balanced side of the tournament with host of match-winners from opening batting position to opening bowling position. Sharad Vesawkar, who has never failed to reach a premier league final in Nepal, had retained his key players who have always delivered for his teams. The presence of Aarif Sheikh and world record holder for youngest half-centurion in international cricket Rohit Kumar Paudel in the middle order makes them a strong batting unit. Opener Dilip Nath who recently scored a century in Manmohan Memorial One-Day cup held at Inaruwa and finishers India’s Subramanium Aanand, Amar Singh Routela and UAE’s Mohammad Naveed make them a formidable batting unit so much that Sidhhant Lohani may not be a starter.

Likewise, the presence of Yorker specialist Avinash Bohora, rapidly evolving left arm spinner Sagar Dhakal, and Kushal Malla along with leader of the pace attack Naveed makes them balanced from bowling side of things as well. Rashly arranged team at the auctions under the new leadership of Karan KC after Paras Khadka took his name away from the tournament due to personal reasons, Biratnagar Kings might be in a fight to avoid wooden spoon. Hari Shankar Shah, Aasif Sheikh and Kushal Bhurtel are promising names but they haven’t been consistent enough with the bat. Likewise, Prithu Baskota and Rajesh Pulami Magar seem to have passed their prime struggling to score runs in proper strike rate in domestic cricket. It leaves them with Indian veteran batsman Shivakant Shukla and KC with bulk of batting responsibilities which hasn’t worked well in T20 cricket.