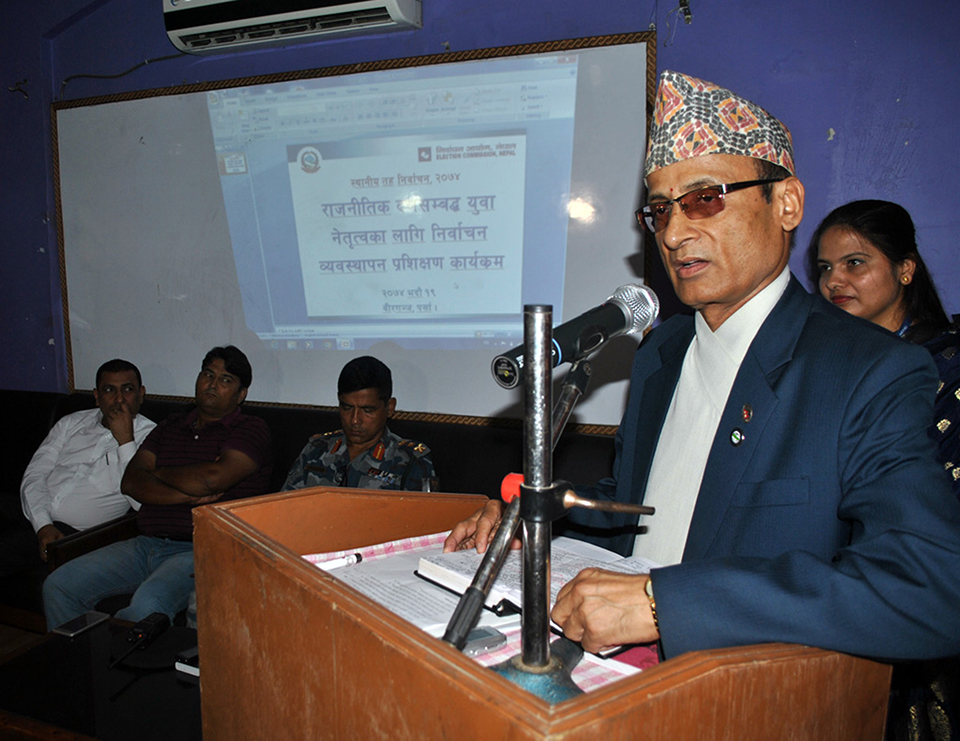 PARSA, September 4: Election Commissioner Ishwori Prasad Poudel has said that a senior leader of the CPN (UML) has confessed to violating the election code of conduct by him.

Poudel said that the leader acknowledged his mistake in a letter he sent to the Election Commission in response to the clarifications the commission sought from him. The EC had sought clarification from the leader saying he violated the election code of conduct during election publicity in Birgunj.

Speaking at a news conference organized by the District Election Office, Parsa, at Birgunj today, Commissioner Poudel appealed all voters not to vote for the candidate of the parties, which violate the election code of conduct.

Special representatives have been assigned in eight districts of Province No 2 from the center to monitor whether or not the election code of conduct was violated in the third phase of the local-level election.

Meanwhile, addressing the 'Election management training for youth leaders associated with political parties' organised by District Election Office, Parsa, Commissioner Poudel said that it would help to hold election in free and fearless environment, and also to reduce the number of invalid votes if the youths associated with political parties are made known about the election code of conduct and ballot papers.

Similarly, Acting Chief District Officer of Parsa, Durga Dutta Poudel, said that a decision has been made to stop the sale and distribution of alcohol in the district from September 5 in view of third-phase of the local-level election. RSS

KATHMANDU, April 7: The Federation of Nepali Journalists (FNJ) is all set to elect new leadership in its all chapters,... Read More...

KATHMANDU, March 17: The Election Commission (EC) on Thursday urged all the stakeholders to abide by the election code of conduct... Read More...