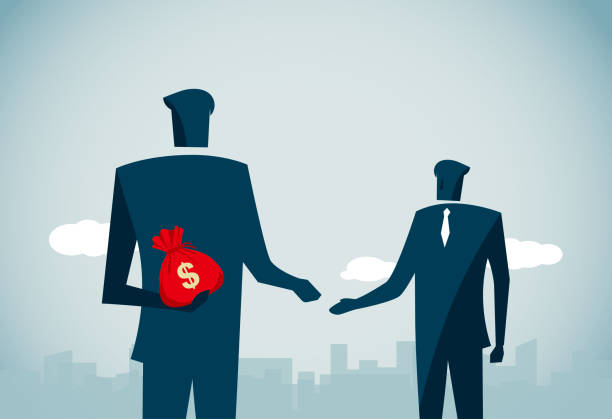 Mainali is a former Secretary of the Government of Nepal, author of books, a social worker and a freelance writer
news@myrepublica.com

Donors are not infallible. Especially in fragile states, their roles look dominant. In such situations, they fail to set the priorities with their counterparts and are encouraged to do many things without thinking of the absorptive capacities of the states concerned. Bosnia could be the best example where international communities have superseded the government.

Corruption is a global phenomenon. In many countries, politicians, bureaucrats, and businessmen have been implicated as perpetrators. In some parts, it has not only gone undetected, but is encouraged. Corruption, if not tackled properly, leads to tremendous negative impacts on societies. To eliminate the existing economic disparities between developing and developed societies, combating corruption is highly essential. The private sector, the civil society and the government need to cooperate with each other for positive results and for the sustainability of the reform agenda.

In developing countries, the role of external donors has proved productive. Rules and norms set by public institutions have a significant impact on social behavior ultimately proving government commitment through its legal instrument and policies and programs are influenced by donors. Donors are determined to see the pertaining policies of the government for controlling corruption. Secondly, they demand the justification of aid effectiveness when corruption is rampant. Finally, involvement of aid resources creates challenges for aid agencies to strengthen government structures in their own programs facing a number of threats in the process. Foreign assistance is given if the government is interested in a practice toward democratic transformation, strengthening institutions, controlling corruption and incompetencies. These groups are keen to see the status of civil service reform, establishment of sound policy making processes, and effective legal instruments to fight malpractice of any kind. Donors would like to identify political attitudes in particular circumstances. Special emphasis is given to the long-term approaches and to enhance the capacities of the government to fight against corruption. Sincere efforts are made in building interpersonal and institutional relations. Donor conditionalities such as result-based management, effectiveness of service delivery, culture of transparency and accountability, revitalization of civil societies, media and NGOs are essential for improvement. In any fragile country, the role of donors is significant in the sense that such countries heavily depend on foreign assistance where corruption is rampant. Through the materialization of the aforementioned policies, donors, to some extent, are successful in improving such social pathologies. Sometimes donors also offer budgetary support as they would like to see the effective utilization of their assistance. Donors impose their conditionalities, norms and standards for the betterment of the recipients so that such societies will move ahead for improvement. In this process, donors have taken significant decisions. Multilateral institutions strongly recommended dealing with foreign bribery as a criminal offense and emphasized ending tax deductibility of bribery of the foreign officials. Top executives of the World Bank had concluded corruption as a major hurdle for business transactions everywhere. In Cameroon, donor missions have already taken place to work on the government issue and concluded that it is completely incompetent against corruption.

Donors are not infallible. Especially in fragile states, their roles look dominant. In such situations, they fail to set the priorities with their counterparts and are encouraged to do many things without thinking of the absorptive capacities of the states concerned. Bosnia could be the best example where international communities have superseded the government. Occasionally, financial rules and budgetary procedures are overruled. In Mozambique, even the customs administration was taken over by donors through international companies. In Bosnia, customs reform was conducted by the donors. Donors fail to balance between state and non-state capacity development. Due to the large number of donors, coordination becomes an issue and can be a drain on the resources of the recipient nation. Donors advocate the downsizing of government structure and cutting down the salary of civil servants which ultimately led to rampant corruption in Mozambique. Resources used through local elites are misused, especially in poor countries. These realities usually create a dilemma if not properly managed. Due to rent-seeking behavior, high flow of the aid fosters high level corruption.

In Nepal, development partners are interested in working with non-government sectors whose developmental activities remain unknown. NGOs and INGOs are working independently without giving any attention to representative organizations and the actual needs of the people. Donors are keen to offer foreign trips to the decision makers, budgetary support to the government in the name of reforming the public sector in order to pursue their own agenda. The Paris Declaration for donor’s harmonization is ignored. Substantial amounts are allocated for technical assistance as a remuneration of the international experts. The conditionalities imposed by the donors go beyond government norms. They have, in the past, refused to comply with parliamentary orders to disclose all agents and the amount of the commissions they are entitled to in the procurement of goods and services from abroad.

Despite these realities, the contribution made by these groups is significant. The norms and standards set by them are found helpful in maintaining financial discipline. They were effective in aiding to reinstate democracy as seen during the end of the autocratic royal rule. Grants and loans of the donors have been used to accelerate development and to some extent continue the current expenditure of the government.

External support is inevitable; donors must identify the problem areas in our context. For this, there is a need to prioritize the agenda of the recipient country. Donors must work to control this type of higher-level corruption. Putting external community pressure to materialize the reform agenda especially in the public sector could be a milestone for corruption control. All the assistance of these groups needs to be coordinated from the government sector.  Channelizing support through NGOs and INGOs should be done without duplication and the government has the right to know the activities of these groups. However, excessive interventions from the government should be avoided. Activities of the donors are found beyond the set protocol; that needs to be checked. In conclusion, donors, the government and politicians need to have a strong commitment for combating corruption. The role of civil societies, the private sector and the general public should be encouraged. Clear-cut accountability and transparency should be maintained if we are really interested in controlling corruption.

RAJBIRAJ, Nov 11: Genuine people are deprived of citizenship in Nepal while foreign nationals have been reportedly obtaining the document in... Read More...