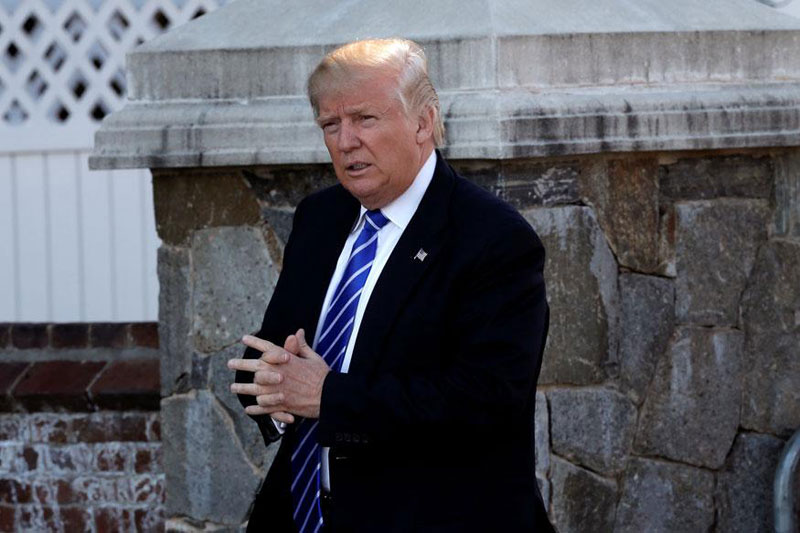 Washington: The US President-elect has attacked China after he was criticized by Beijing over his recent telephone conversation with Taiwan's President Tsai Ing-wen, reports said on Monday.

"Did China ask us if it was OK to devalue their currency (making it hard for our companies to compete), heavily tax our products going into their country (the US doesn't tax them)," Trump said in his tweet on Sunday.

He said did Beijing ask before building "a massive military complex in the middle of the South China Sea? I don't think so!," Xinhua news reported.

Hours before Trump's attack on Twitter, US Vice President-elect Mike Pence had tried to defuse the controversy over the controversial call by assuring in a television interview that it was only a "courtesy" call.

Tsai telephoned Trump on December 2 to congratulate him on his election success that subsequently provoked a formal protest from the Chinese government and raised high expectations in Taiwan.

That call broke almost four decades protocol in the sensitive US foreign policy towards China.

It forced the White House to step up to remind that the only Chinese government that Washington has accepted since 1979 is that of Beijing.

Foreign policy experts said the call could alter the relations between the two countries, as the Asian giant sees Taiwan as a "rebel" province and a part its territory.

At first, Chinese authorities wanted to curtail the issue and assured that the call was a "little trick" of Taiwan, but later they raised the tone and lodged a formal protest against the US.

Beijing urged Washington to maintain its commitment to the principle of the "one-China" policy and asked it to handle issues related to Taiwan "cautiously and properly" in order to avoid "unnecessary interference".

The way Balen has come forward is positive: Dahal
38 minutes ago