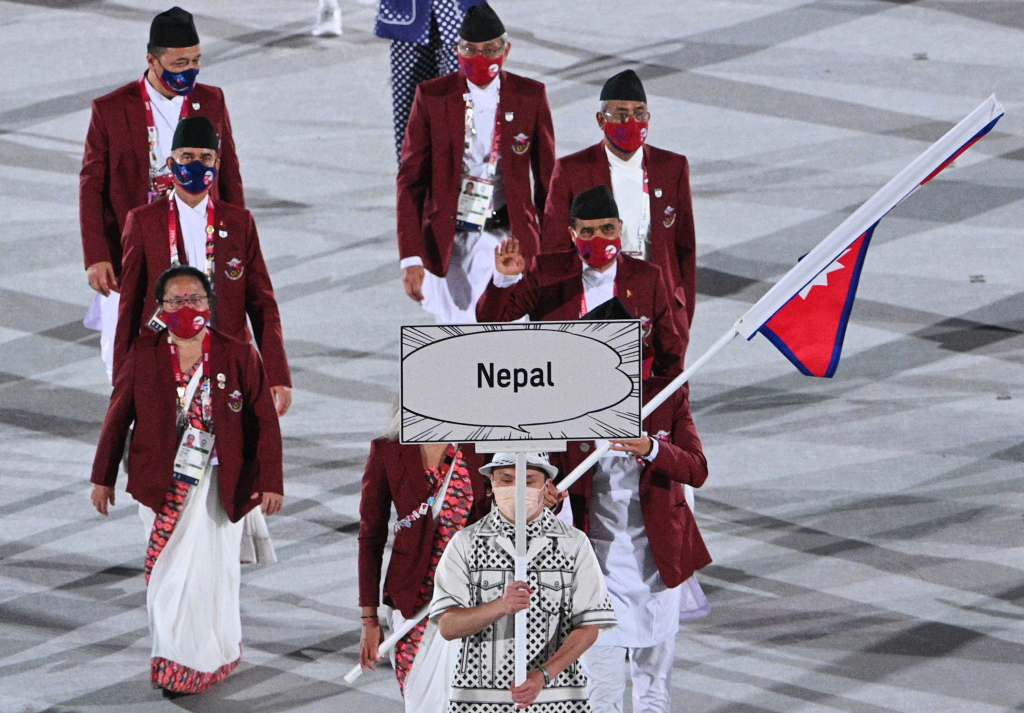 I am not only referring to the players’ and their coaches’ sacrosanct right to demand better working and training conditions but I am also thinking that the lack of provisions or even mismanagement or alleged corruption should not preclude them from training even informally both at individual and group levels.

Once again there have been controversies in Nepal about the Tokyo Games with several deserving athletes being unable to participate, apparently being denied a ticket to what is the greatest sports event on the planet.

There might be thousands of reasons for that and it is important that each grievance, any perceived injustice that athletes might feel, must find an appropriate mechanism to be properly dealt with.

The leadership of national sports must proactively engage such demands for clarification in an open and transparent fashion, raising the bar of their agencies’ (and their own’) accountability.

Only through such a process can the system change, through questioning and dialogue, with constructive and well-founded criticism and also with the acceptance that there is still a big room for improvement in the way sports are managed at national and local levels.

Certainly, as reported by several media, the fact that the vast majority of the members of the official delegation to Tokyo are executives of different federations, even those without any athletes participating in the game, confirms a worrying trend that we all know is nothing new.

It might also be true that such journeys might offer opportunities to learn and observe from close the organizational machine put in place by Japan, a system not only able to organize a successful event but also, as we are witnessing, to contend for the top position in terms of the medals’ tally.

If this is the case, then each participant should come up with a detailed and actionable report on what has been learned and what are the so called “takeaways” to bring home.

Yet, given past experiences, it is getting harder and harder to give the benefit of the doubt to all those now in Tokyo who should not have been allowed to be there.

A strong symbolic signal would have reduced the official delegation of officers to the maximum extent, perhaps allowing other deserving athletes who could not qualify through the universality criteria nor through wildcards to observe the game.

Admittedly, selecting such deserving athletes would not have been an easy task, either.

Probably it is an issue of organizational culture and power as well as an issue of not being able yet to create a truly level-playing field where the best promising athletes can develop to their full potential.

While it is true that a proper support system is still lacking, at least a proper compensation system has been created with central contracts for female and male cricket players.

Having guaranteed contracts does not fix the huge problem of equal pay as highlighted by Shashwat Pant for Online Khabar.

In an even more landmark decision, last December the All Nepal Football Association opted to grant equal pay to female and male players.

This has been an important development, possibly a milestone that puts equality ahead of other considerations in a sector, sports, that is still too vastly dominated by men.

Other sports have not yet developed any similar policy and it is high time the sports authorities take bold steps in such a direction to bring conformity throughout all the disciplines.

Obviously, to be fair to all sportswomen and sportsmen working hard every single day, categories that certainly also include the para-athletes, creating a fair and gender-neutral payment system, is going to cost huge amounts of money, resources that might not be easily available unless the federal budget injects them, something that seems unlikely, considering the critical economic situation the country is going through.

With such a difficult scenario in place, how can we ensure that national sports can thrive?

One positive thing is that with the economic boom of the last few years, the private sector has stepped in with sponsorships and investment in new teams’ ownership.

Unfortunately, this applies only to the two major sports, cricket and football, and with volleyball, supposedly the national sports for excellence, struggling to gain traction even though the fifth National NVA Club League Women's and Men's Volleyball Championship tournaments were successfully organized just a few months ago.

We also need to contend with the fact that the capacity of business houses to support sports is probably going to decline for a while, before the economy will again pick up once the pandemic will be over.

In addition, another issue, related to resource availability and the best use of it, is that, once big events end, players struggle to get the opportunity to keep training and improving.

This is also a common problem in basketball, a sector in crisis because it has been mainly brought to high levels of vitality by colleges that have been battered since last year by the pandemic.

Yet perhaps athletes and coaches have something to reflect and ponder about.

Assuming in an ideal situation with no more covid outbreaks assailing our lives, can they also be more consistent?

I am not only referring to the players’ and their coaches’ sacrosanct right to demand better working and training conditions but I am also thinking that the lack of provisions or even mismanagement or alleged corruption should not preclude them from training even informally both at individual and group levels.

Some of these athletes might not have enough financial backup, especially those from vulnerable minority groups, but many others could do this relatively easy, though, certainly, with sacrifice.

It is true that maintaining high motivation without the proper recognition and acknowledgement is hard to sustain in the long term but yet, in many cases, the top elite players should not just stop training once an international tournament is over, even if it will entail no support from their federations and government bodies.

To be fair, certain disciplines like swimming require unique settings that are harder to obtain especially over the cold winter months even though the South Asian Games in 2019 helped alleviate, at least technically, this challenge.

In others’ instead athletes, while keeping their advocacy up, in even loudest and more organized voices, could still practice no matter which facilities are provided to them.

Probably at the moment only football and cricket have the “system” in place to guarantee a yearlong championship and continuous training.

Basketball and volleyball can count on many enthusiast youths practicing them over a regular year.

Once the pandemic is over, it will be easy to imagine colleges again stepping up, hopefully also promoting volleyball, a discipline that deserves much more attention.

Setting the national sports right, including the less visible but nevertheless equally important ones, is going to require a mix of actions.

Better policy making and decision making compounded by higher transparency are key because without them more resources might end up being spent not in the best effective and efficient manners.

It will also demand athletes to get more organized not only at pushing for better treatments but also at pushing, wherever possible, themselves more as competitors and performers.

In both cases, such changes will require tons of personal leadership especially from the female athletes.

(Galimberti is the Co-Founder of ENGAGE, an NGO partnering with youths to promote social inclusion in Nepal. Views are personal He can be reached at simone_engage@yahoo.com.)

DOHA, Qatar, Sept 24: Russia’s doping troubles are nowhere near over. After a head-snapping day of developments from Moscow to Tokyo... Read More...

Central Committee of the CPN (US) meeting today
20 minutes ago