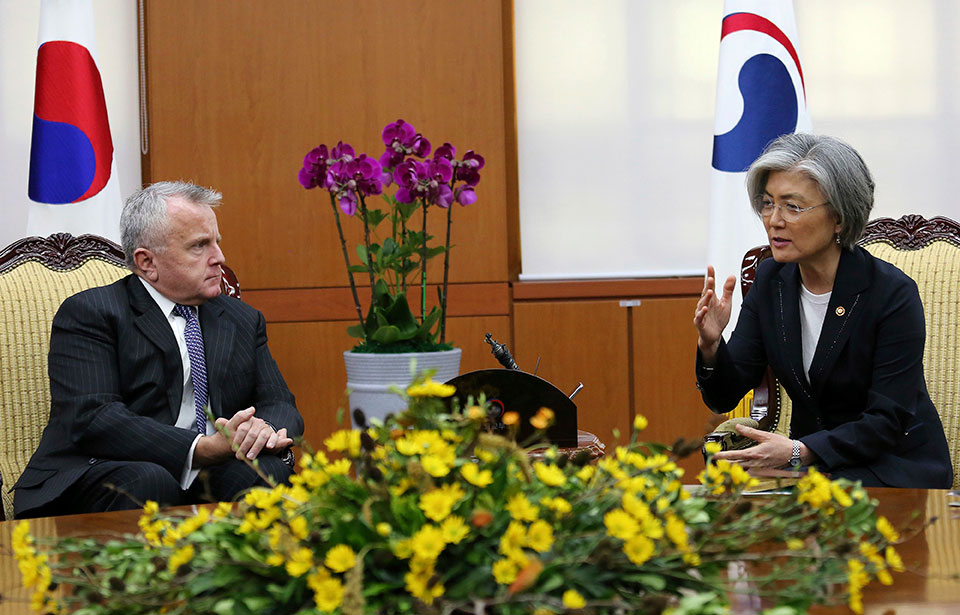 The vice-ministerial discussions will be followed by a meeting between the countries' top envoys for the currently stalled nuclear disarmament talks with North Korea that also involved China and Russia. North Korea has been rejecting the six-party meetings since 2008.

After his meeting with Sugiyama in Tokyo on Tuesday, Sullivan said that that the focus at the State Department is still on diplomacy to solve the problem and eventually denuclearize the Korean Peninsula.

"We must, however, with our allies in Japan and South Korea and elsewhere, be prepared for the worst should diplomacy fail," he said, adding that the United States must be prepared to defend itself and its allies.

South Korean Foreign Ministry spokesman Noh Kyu-duk said ahead of the Seoul meetings that the allies are committed to "stably managing the situation" and pursuing all available avenues for North Korea's denuclearization, including efforts to bring Pyongyang back to the negotiating table.

North Korea's deputy U.N. ambassador, Kim In Ryong, said Tuesday at the United Nations that his country plans to conduct more satellite launches, which outside governments see as a cover for banned tests of missile technologies.

On Monday, Kim told the U.N. General Assembly's disarmament committee that the situation on the Korean Peninsula had "reached the touch-and-go point and a nuclear war may break out any moment," citing the U.S.-South Korea drills and what he called U.S. plans to remove the North's leadership. He said the North has the right to possess nuclear weapons in self-defense because it's under the direct nuclear threat of the United States.