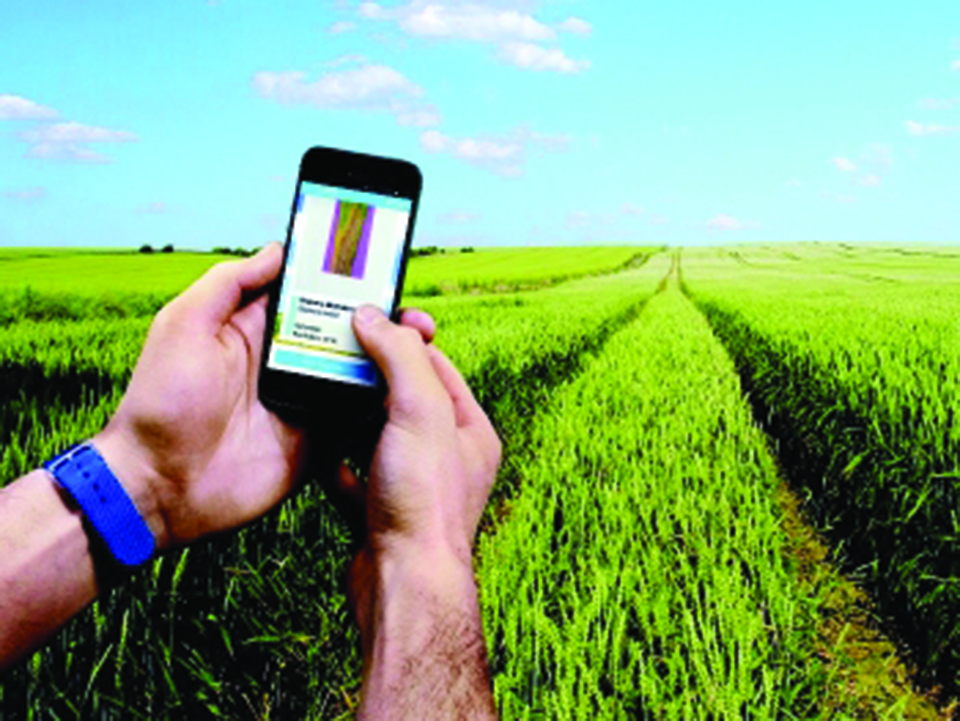 Digitalizing farming process by providing farmers access to the internet can help solve most of the problems facing Nepali farmers, including improving competitiveness in farming

Agriculture, which consisted of one-third of the global GDP in 2014, is pivotal for economic growth. According to the World Bank, agricultural growth can be one of the powerful measures to streamline development, end absolute poverty and feed an estimated 10 billion people by 2050. It is four times successful in increasing household income of the poorest compared to other sectors. For LDCs, agriculture is vital for development.

In Nepal, agriculture still remains the mainstay of economy. More than two thirds of the population is engaged in it. This sector, however, is lagging behind in terms of productivity, revenue generation and contribution to GDP. But no long-term growth can be achieved without the rise in agriculture sector. For Nepal, the challenge has always been to sustain economic growth that would translate into economic prosperity.

For decades, Nepal’s agricultural sector has been under assault and this continues. Teething issues have forced traditional and modern-day farmers to shift away from farming to other short-term profiting businesses. Nepali farmers do not have gateway to quality inputs such as seeds, fertilizers, state-of-the art technologies and precise weather reports that would aid them to make quality harvest. Weather dependent harvest and difficult terrain have made it difficult for farmers to take their produce to the markets. Many a times, production may not even be sold as the farmers completely fall on the mercy of the intermediaries who skim their profit and clog the supply-chain. They adjust the price to their advantages.

Essentially, these intermediaries orchestrate market manipulation to make substantial profit for themselves. We know that more than two thirds of our trade take place with India and the prices of agricultural products are normally fixed with Indian market. Surprisingly, the price flow is never a two-way phenomenon. We witness a rise in domestic food prices when prices in India go up. But when the price in India falls down, we don’t see this happen in Nepal—which means the intermediaries create incoherent price and output by manipulating the supply chain. As farmers practice conventional farming methods, price discovery, knowledge on harvest and good practice methods occur at the end of growing and selling stage, not beforehand. This locks farmers into unproductive cycle.

Nevertheless, these problems can be solved. One of the best ways to do so is to digitalize farming process by providing farmers access to the internet. As of now, 37 percent of Nepalis do not have internet access. Farmers in rural places make up majority of this cohort. While agriculture-based mobile applications can be of help, they remain effective only to certain farmers who are digitally sound and have capital resources. But incorporating the poor farmers from rural areas to internet connectivity will be an uphill task. For this, the government must establish numerous mini offices with internet access in the remote places. The aim is to link rural farmers via internet for procurement of agricultural products. This helps to combat challenges posed by Nepali agriculture characterized by illiteracy and involvement of commission agents. The mini offices, which would act as a nexus between the farmers and the market, must disseminate information through website, providing detailed information about local weather forecasts, ideal harvests, crop selection, market information, recent trends and other related development.

In this framework, the farmers can stop by the mini offices located in various wards and get the necessary details anytime. With a full knowledge on the required agricultural information, farmers can make the right harvest which yields greater financial benefits. Knowing about the harvest ahead means they get the knowledge to choose the right harvest and information to decide when to sell their production. Many traditional Nepali farmers, till date, farm with limited knowledge on crop prices, weather conditions, market trends and best practice methods. They still remain out of the national mainstream. Most importantly, having   such mini offices with access to real-time market information also creates transparency. Equipped with such information, intermediaries with hurtful intent cannot dupe the farmers and simpletons into selling their production at dirt price.

We can draw some parallels from farmers in Bhopal, India. In 2004, like in Nepal at the moment, farmers in Bhopal were constantly besieged by myriad challenges, mostly due to inadequate crop and market information that would give opportunity for the local intermediaries to milk the situation. They absorbed all the farmers’ profit. Precarious weather, fragmented farms and brittle infrastructure added to the woes. Ultimately, farmers had limited risk capacity and they loathed to experiment new methods of farming.

But after the introduction of ITC’s e-Choupal initiative, rural India’s largest internet-based intervention on farming, most of the problems were solved. The program installed computers in remote parts of India that helped the farmers to get acquainted with real-time information. They were liberated and had greater control in process and output. This facilitated better harvest, increased income and reduced transaction cost. Right now, there are more than 6100 e-Choupals in 35,000 villages in 10 Indian states, covering four million farmers. The benefit that the farmers have received through digitalization is enormous.

India, along with other agriculture-driven economies, has focused intensively on internet-based farming. With such information system in place, the farmers can become aware about weather, crop and market information and best practices beforehand.

But the internet-based approach can only solve half of the problem. Even if the farmers are well-equipped with information, the intermediaries would still wreak havoc. They still have high bargaining power as they take the risks associated with transportation and holding the crops. In order to neutralize such possibilities, the government must act as an alternate buyer to procure goods from the farmers at the market rate as and when required. In almost every developed country, there is a provision for farmers to sell their production to the government. Such arrangements will force the commission agents to transact in fair prices.

Like in India, Nepali farmers also can enhance productivity for increasing their income and managing risks. But farmers in Nepal live in the brink of poverty—most hovering just above the national poverty line. They should be able to get easy bank loans. This provision will relieve them from selling their produce to the intermediaries before the harvest which in turn push the farmers in the perpetual abysmal poverty.

Agriculture is still a profitable business in Nepal. The government-led internet-enabled farming and easy bank loans on the basis of their harvest as collateral can improve the competitiveness in farming and reduce the perils for the poor farmers. It will also help the nation to alleviate poverty. Nepal shouldn’t lag behind to take the benefits of digital empowerment in the agricultural sector.

The author is an MBA graduate from Asian Institute of Technology (AIT), Thailand