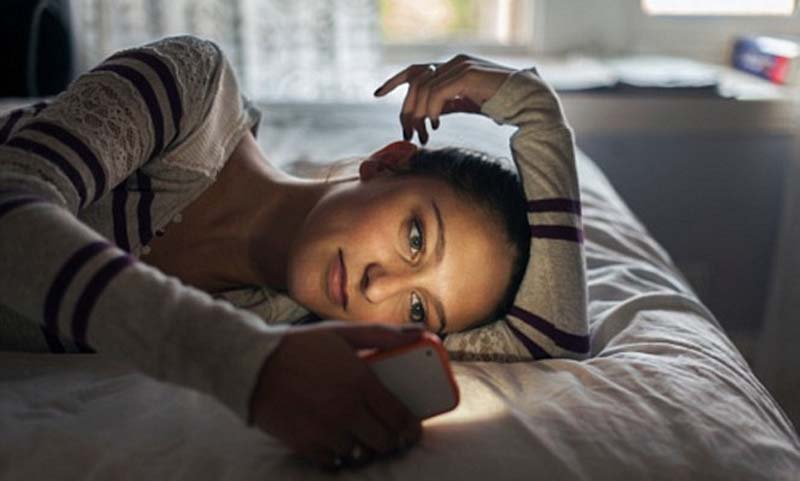 MONTREAL, Oct 30: Digital distractions, and a more classical one, talking on the phone, are linked to shorter sleeping time and greater daytime sleepiness for teens, Canadian researchers say.

“Today’s adolescents sleep much less than previous generations, their sleep quality is poorer, and they report more daytime sleepiness, all of which have health and social consequences,” said Jennifer O’Loughlin, an author of the paper in the journal Sleep Health and researcher at the University of Montreal.

At the same time, electronic media are becoming a larger part of teen’s lives and are often used before bed, O’Loughlin told Reuters Health by email.

To explore the link between time spent using electronics like video games, TVs and phones and the amount of sleep teens are getting, the study team analyzed data from a Montreal-based study of high school students.

More than 1,200 students 14 to 16 years old completed questionnaires between 2008 and 2009 reporting on how often they used electronics, including watching television, as well as how often they did other sedentary activities like reading, doing homework or talking on the phone.

Teens also answered questions about what time they usually went to sleep and woke up on weekdays and weekends.

Researchers found that kids who used computers and videogames for more than two hours per day slept 17 and 11 minutes less, respectively, than youth who used screens for less time.

One in three teens used computers for more than two hours per day and they were more than twice as likely as the others to sleep less than eight hours per night.

Teens who talked on the phone for at least two hours daily were also three times more likely than those who didn’t to fall short of eight hours of sleep.

Watching TV had the opposite effect on sleep, and teens who watched two hours or more per day were half as likely to sleep less than eight hours compared to others.

Youth who used the computer or talked on the phone for more than two hours per day also reported more sleepiness during the day than those who spent less time using devices.

Teens who engaged in other sedentary activities that did not involve screens such as reading did not report getting less sleep than their peers.

Calamaro added that missing out on sleep increases young people’s risk for depression, problems with thinking and attention, and weight gain.

Calamaro advised that parents should model healthy sleep behavior and not use electronics in the bedroom. “It is important that they set the standard for healthy sleep routines!” she said in an email.

O’Loughlin recommended that parents keep an eye on their children’s screen time throughout the day, adding, “Talking to your child about why it is important to limit screen time if they are experiencing sleep problems may also be important.”

KHOTANG, Nov 5: Nepal Telecom's mobile phone service has come to a halt in southern and northern part of the... Read More...

KHOTANG, Nov 4: Telecommunication services in Khotang are in a halt since the last three months. Thousands of Nepal Telecom (NT)... Read More...

JUMLA, Oct 19: Dalli Dangi of Khalanga never had the privilege to go to school. Informal education classes did not ever... Read More...