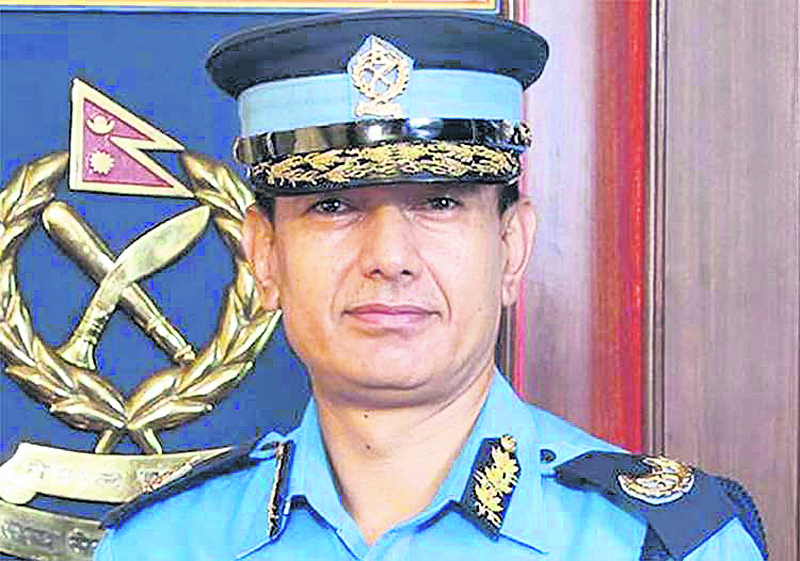 KATHMANDU, April 25: Nepal Police has said that DIG Nawaraj Silwal was only asked to record his statement at the headquarters following the directives from the Council of Ministers.

Nepal Police issued a press statement on Tuesday and clarified the issue after its move to detain DIG Silwal for 10 hours on Monday courted controversy.

"A committee has been formed to investigate on how Silwal received the Performance Evaluation Report, a classified government document, and the validity of the report he presented at Supreme Court. The committee asked him to come to headquarters and record his statement on the issues. He came to headquarters with his lawyer Shambhu Thapa and recorded his statement," stated the press release.

Police Spokesperson SSP Sarbendra Khanal said that Silwal was taken to his house in the evening and the Nepal Police is informing the Supreme Court about the incident on Tuesday.

DIG Silwal, who was a contender for the post of police chief, was released following a Supreme Court's order on Monday. Police had detained him from the residence of senior advocate Shambhu Thapa, where Silwal had reached for legal consultation.

Earlier, the Home Ministry had formed a probe committee headed by DIG Bijaya Kumar Bhatta to probe Silwal's alleged involvement in tampering with the performance evaluation report. Police sources said the same committee had detained Silwal on Monday morning after the latter allegedly refused to cooperate.

Silwal was admitted to B and B Hospital after he complained of hypertension.

"The state has been running against me in an organized way but I'll keep on fighting legal battle," said Silwal from hospital.

Retreating Russians leave their comrades’ bodies behind
17 hours ago