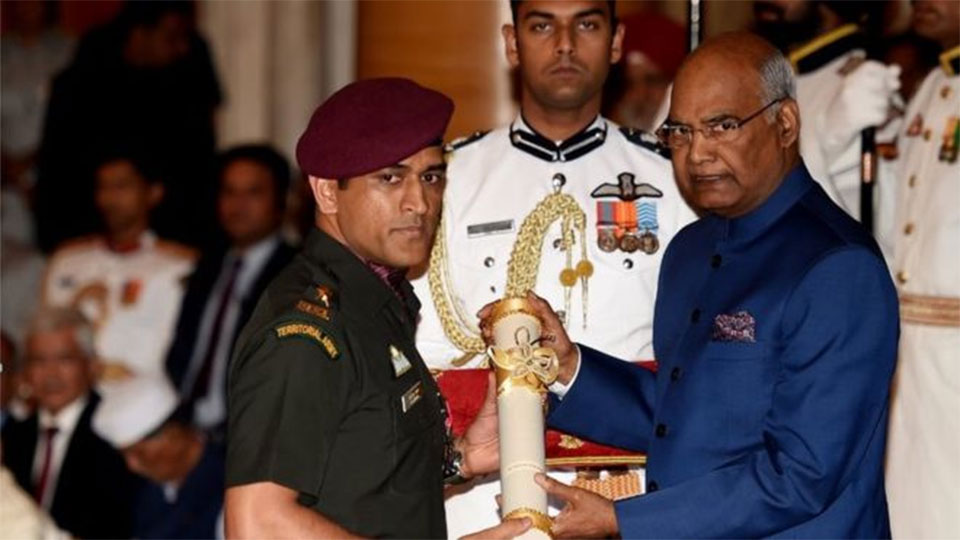 The honour came on the seventh anniversary of his team's famous World Cup victory in the final against Sri Lanka in Mumbai.

Dhoni, who is an honorary officer in the Territorial Army, wore his military uniform at the awards ceremony at Delhi's iconic Rashtrapati Bhavan (President's House).

Many players and ministers took to Twitter to congratulate the former captain, who still plays for India in one-day internationals.

Dhoni is regarded as one of the most successful cricket captains in India.

Experts say he never followed the beaten path, and carved out his own niche as captain. He remained calm on the field, both in moments of triumph and defeat.

The team won some of India's most memorable matches and tournaments during his captaincy.

He played the match-winning knock of 91 not out in the 2011 World Cup final to take India home in a tense match.

KATHMANDU, Nov 7: The eleventh edition of Film Southasia took place from November 2 to 5 at Yalamaya Centre of Patan,... Read More...

KATHMANDU, Nov 5: : MetLife Insurance has said that its unique virtual reality solution, known as conVRse, has won the... Read More...

Water from Melamchi River set to reach Kathmandu today, PM to visit Sundarijal to witness the historic moment
4 hours ago

We have not offered anyone to become PM: Oli
23 hours ago

Sundar puts India in charge, made to wait for maiden century
2 hours ago