KATHMANDU, May 10: Yet another season of Surya Nepal Golf Tour is coming to its end with the Surya Nepal Premier Golf Championship next week.

The ninth and final event of the season is slated for May 13 to 17 at the Gokarna Golf Club.
Apart from the coveted trophy, professional golfers will be looking to finish strong in the tournament for better position in the Order of Merit.

All three golfers have won one each title this season and they are looking forward to end the season in style.

For Thapa, the Surya Nepal Premier is an opportunity to move one step ahead in the Order of Merit.

The third-ranked pro, who won the Surya Nepal Pilot Golfers NPGA Classic for his fourth career title, has already started his preparation for the season-ending event.

“I was not able to do well in previous events as I had changed the set. Now I have started to get the feeling of the clubs and I am hoping to end the season with a big win,” he adds.

Amateur Subash Tamang, who recently joined Army Club in contract basis, is the youngest winner in the tour. He won the Surya Nepal Challenge at the age of 17 after he outplayed the likes of Bhuwan Nagarkoti and Sanjay Lama.

He was the fourth amateur golfer to win the major trophy. Subash had also finished third among amateurs in the Surya Nepal NPGA Classic.

He then won the individual section gold medal in the eighth National Games. 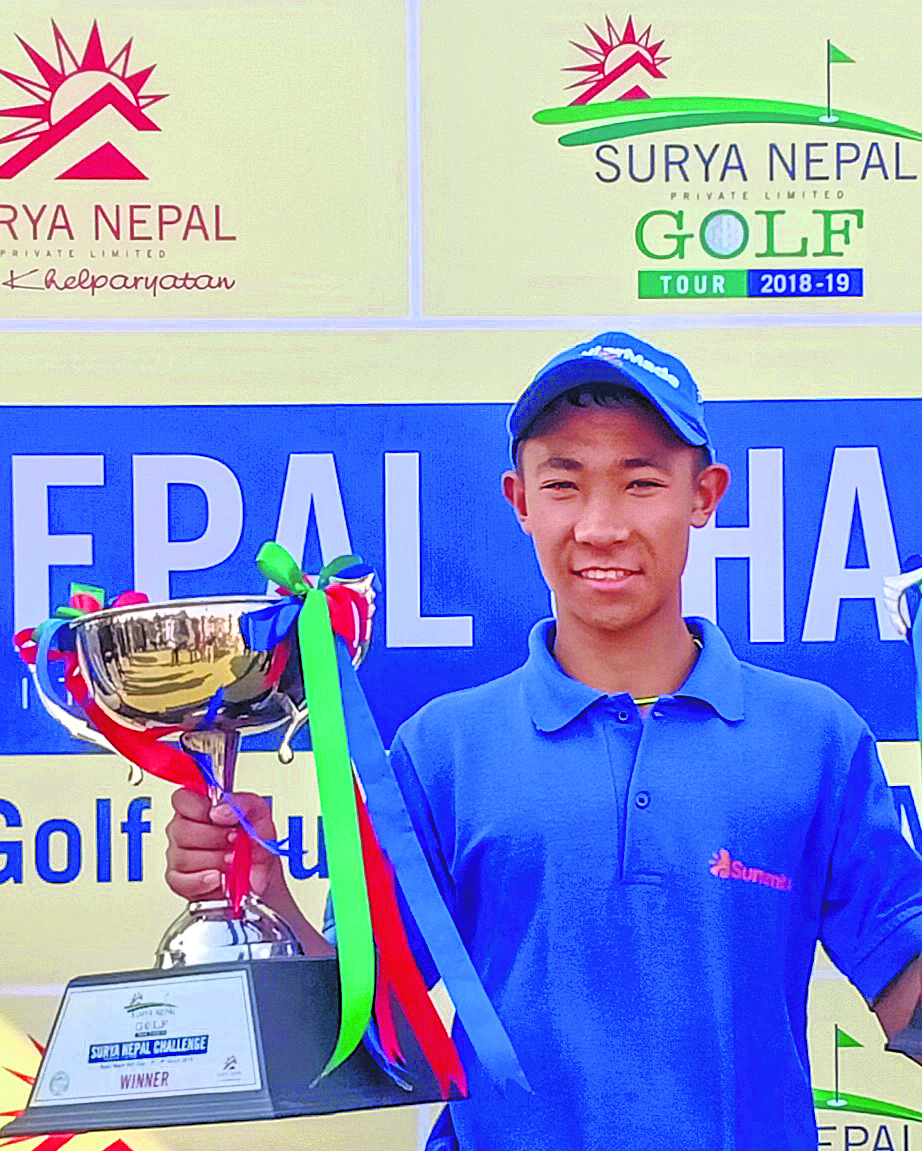 Semi-final a possibility for Nepal in Youth Asia Cup

Tournament Preview: The momentum is with Nepal after defeating Bangladesh. If they can repeat the same feat, the semi-final is... Read More...

KATHMANDU, Nov 15: Nepal has lifted its first ever Asian football title defeating Macau in the final of the AFC... Read More...