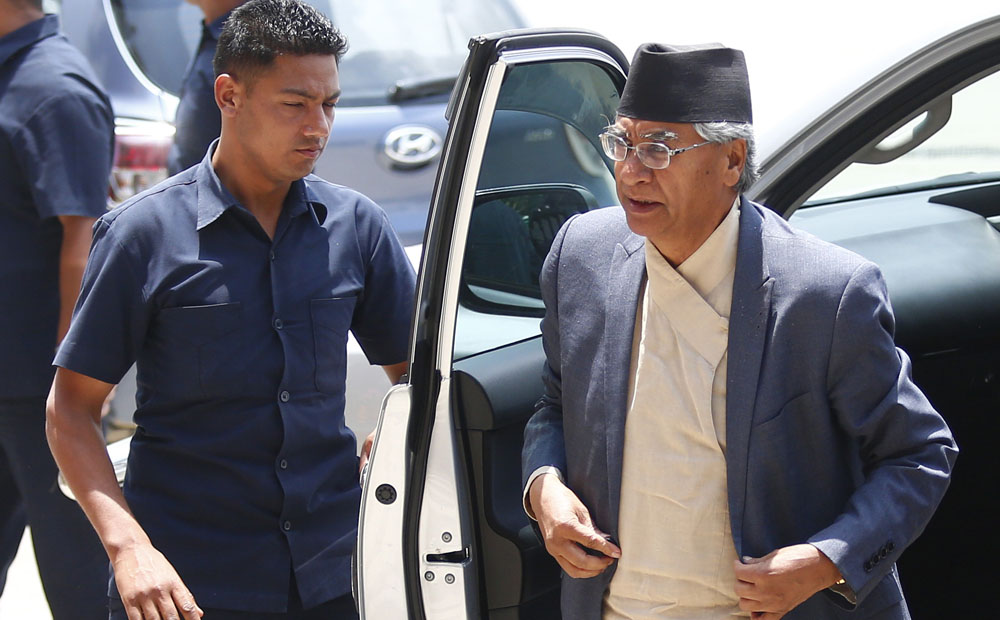 KATHMANDU, August 22: Prime Minister Sher Bahadur Deuba is all set to induct 15 more state ministers in his cabinet before he embarks on a state visit to India.

According to a source close to Deuba, 12 state ministers will be picked from Nepali Congress while the remaining three will be from Nepal Loktantrick Forum.

They will be administered oath of office and secrecy today itself, said the Office of the Prime Minister.

Deuba, who is also the president of Nepali Congress, had been elected as the Prime Minister of Nepal on June 7.