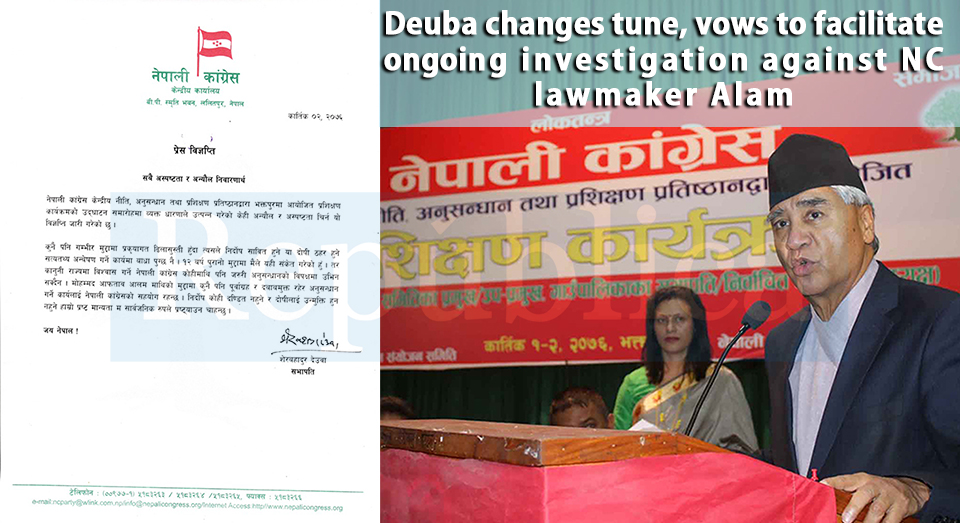 KATHMANDU, Oct 19: President of the main opposition Nepali Congress Sher Bahadur Deuba, on Saturday, vowed to facilitate in the ongoing investigation against suspended NC lawmaker Mohammad Aftab Alam who has been accused of killing over 20 people in Rautahat in 2008.

Deuba changed his tune amid public outcry on social media over his statement during a program in Bhaktapur yesterday where he had said that the murder charge against Alam was a conspiracy against the Nepali Congress.

Issuing a press statement, President Deuba stated that he meant to clear the confusion created after his remarks on Alam case.

In the statement, he insisted that he was attempting to clarify that procedural delay in such a serious case may affect the true investigation. “However, Nepal Congress as a strong advocate of rule of law can't go against a genuine investigation into any case,” Deuba said adding, “In this specific case of Alam, Nepali Congress will facilitate a fair investigation.”

Deuba further made it clear that he and his party were committed to fair justice so that innocent will not become the victim and guilty may not be excused. 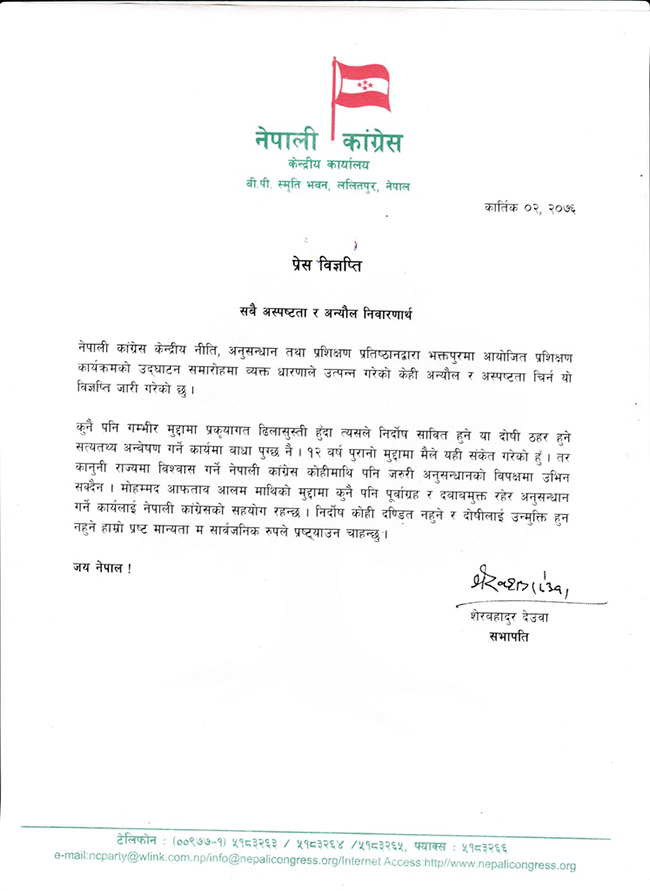