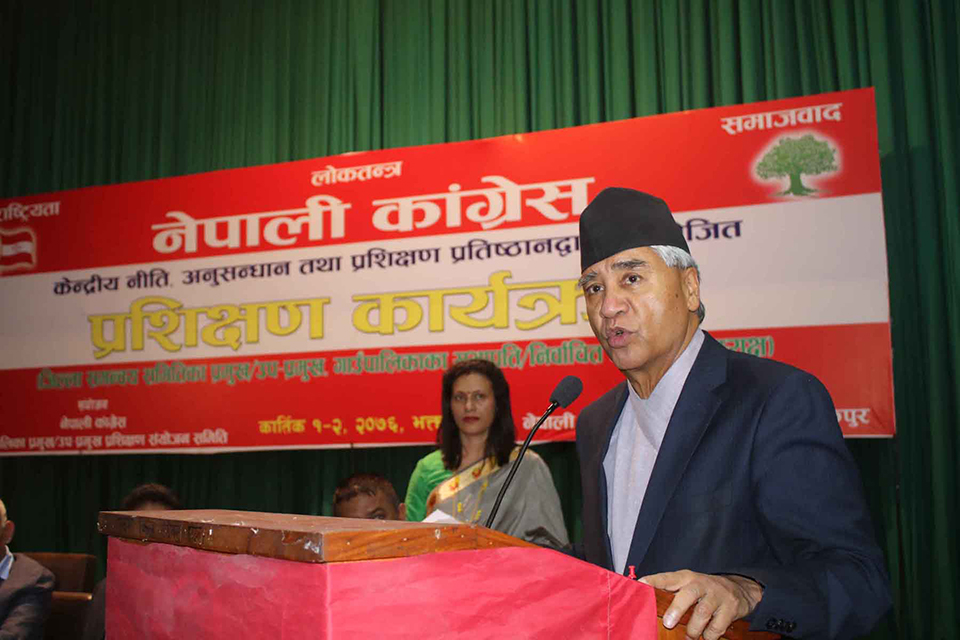 "The only way to become different from the communist is through work. Now chief and deputy chief, who was elected at local levels in the erstwhile elections from the NC, should deliver better than the communist government," he said while inaugurating the two-day training for local representatives elected from the NC organized at Bode in Madyapurthimi by the NC's Policy, Research and Training Academy.

Referring to the arrest of NC lawmaker Mohammad Aftab Alam in connection to the 2008 Rautahat blast, the former Prime Minister accused the incumbent government of trying to attack NC by reviving the case against Alam 12 years later.

On the occasion, charging the government of trying to take over achievements of democracy, NC senior leader Ram Chandra Poudel said encroachment on democracy would not be acceptable to NC.

NC Vice President and Chief of Research and Training Academy Bimalendra Nidhi stressed the need for the party to win upcoming by-elections while underscoring an end to groupism within the party.

NC leader Krishna Prasad Sitaula underscored the need for correcting conduct and behaviors of party leaders ranging from President, warning a crisis within the party.

More than 400 local representatives from across the country, who won the elections from the NC, party presidents of respective local levels and chiefs and deputy chiefs of the district coordination committee have taken part in the training session.

KATHMANDU, May 9: Criticizing his controversial role in parliament, the main opposition party Nepali Congress has alleged that Speaker of the... Read More...