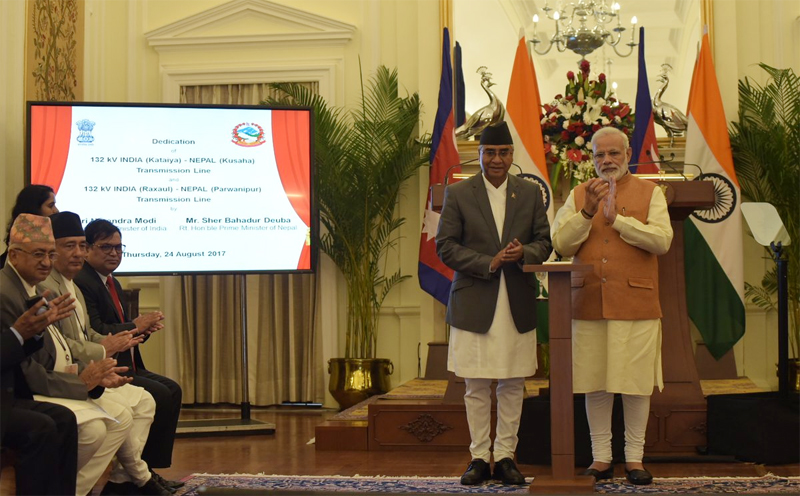 KATHMANDU, August 24: Prime Minister Sher Bahadur Deuba has said that the government will again launch the constitution amendment bill in the parliament in near future.

Speaking at the joint press meet organized at Hyderabad House in New Delhi after the bilateral meeting with his Indian counterpart Narendra Modi on Thursday, PM Deuba assured that the government still wants to amend the constitution by garnering two-thirds majority in Parliament to incorporate the disgruntled sides in the mainstream politics.

He said that there are remaining constitutional issues which have led to dissatisfaction among the people in the southern plains.  He further assured that the Nepal government will try to amend constitution after gathering two-thirds in the parliament in future.

"We want our constitution to be amended and adopted so that RJP and other Tarai-based groups could participate in the elections," Deuba said.

He futher said that the Nepal government tried to amend the constitution but we could not do so due to the lack of two-thirds majority.

Leading a 48-member delegation, Deuba is in India on a five-day state visit at the cordial invitation of Indian Prime Minister Narendra Modi.

KATHMANDU, Dec 10: Nepali Congress (NC) President Sher Bahadur Deuba has stated that the objective of the registration of the... Read More...