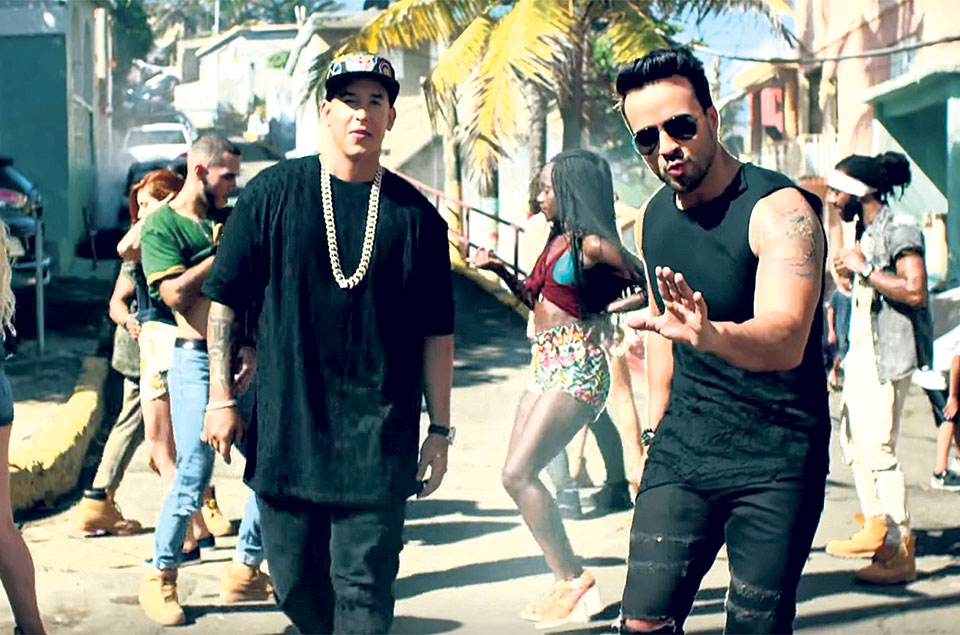 Billboard announced Monday that Luis Fonsi’s song and Carey’s duet with Boyz II Men, 'One Sweet Day,' are the longest-running number one songs in the 59-year history of the charts.
Carey’s song reigned at the top spot in 1995 and 1996.

Fonsi’s 'Despacito' features Daddy Yankee, while Justin Bieber appears on the remix. The song’s video — the original not the remix — became the first video in YouTube history to reach three billion views.

“This is a historic day for Latin music! I’m incredibly thankful for all of my fans and their amazing support. Feeling very blessed right now,” Fonsi said in a statement to The Associated Press on Monday.

'Despacito' has a chance to log 17 weeks at number one on the Hot 100, but will have stiff competition when Taylor Swift’s 'Look What You Made Me Do' debuts on the chart next week.
'Despacito' has become an international success and is the year’s biggest hit, but the song has also been overlooked. The music video did not receive any nominations at Sunday’s MTV Video Music Awards.

MTV, which has not played the video on its main channel or MTV2, said the song’s record label never submitted the video. Universal Music Latin Entertainment said MTV didn’t ask the label to send in the clip in time for its nominations.

Weeks after MTV released its VMA nominees, the network announced its song of summer category, where the 'Despacito' remix received a nomination. But the song lost to 'XO Tour Life,' the Top 10 hit by rapper Lil Uzi Vert.

'Despacito' has been played on MTV Tres, the company’s Latin channel, but MTV didn’t explain why it wasn’t playing the video on MTV or MTV2. Representatives for the network didn’t respond to emails from The Associated Press when asked if 'Despacito' would be added to MTV or MTV2.
Nielsen Music said the song has sold 2.239 million digital tracks. It has more than 513 million on-demand video streams and 464 million on-demand audio streams.

'Despacito,' released in January, continues its streak as the longest-running number one song on Billboard’s Hot Latin songs chart, where it has been on top for 30 weeks.

Latin America will host the most licensing rounds in its history, opening about 1,100 oil and gas blocks for foreign... Read More...

Man ties the knot with smartphone in Las Vegas

LOS ANGELES, June 30: A man in the US has taken his love for smartphones to a whole new level... Read More...