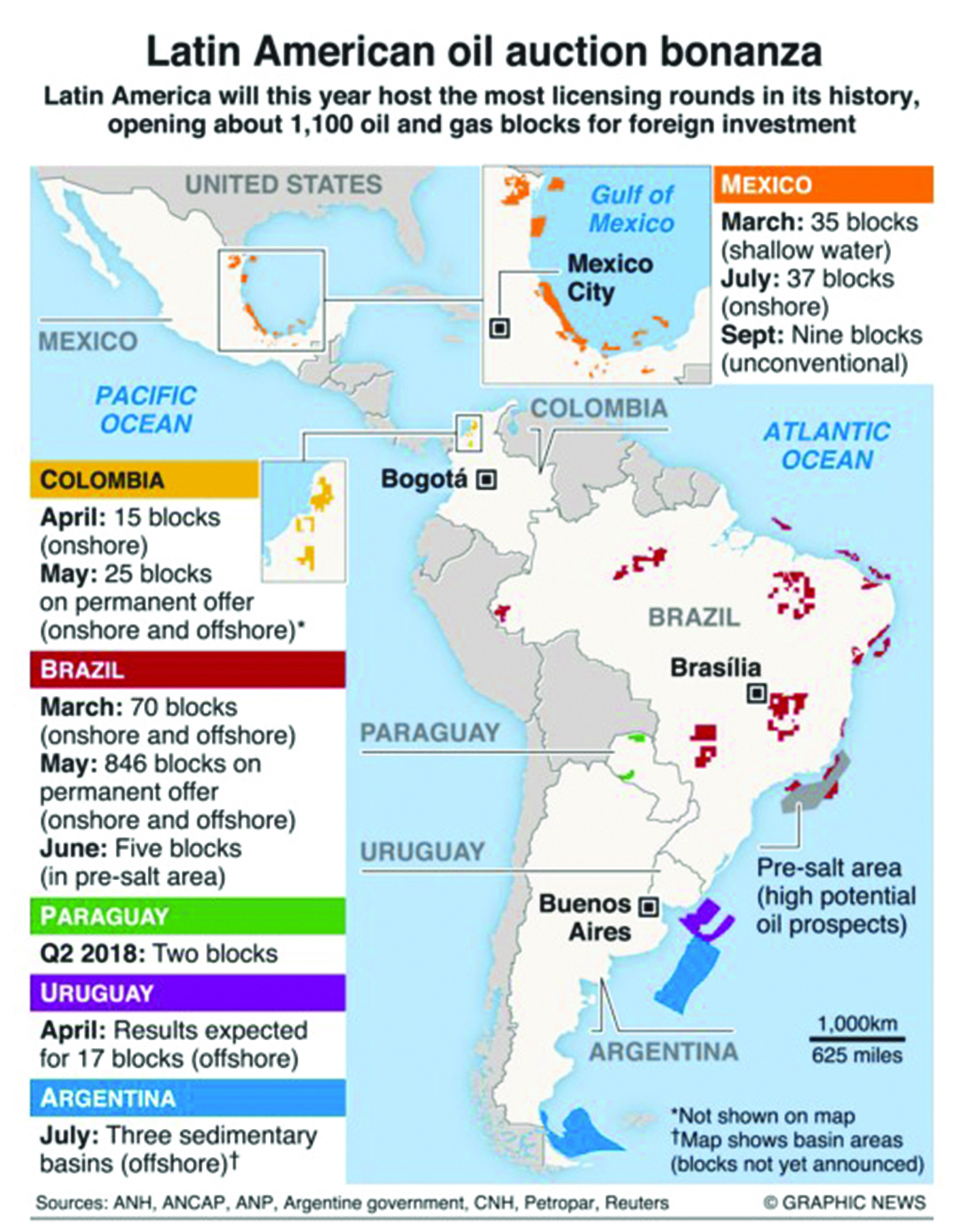 Latin America will host the most licensing rounds in its history, opening about 1,100 oil and gas blocks for foreign investment in 2018. Wood Mackenzie, an energy consultancy, expects intense exploration activity in deepwater basins around Brazil, Argentina and Mexico. “Sizeable reserves, project optimization and good productivity have been driving deepwater costs down,” said Horacio Cuenca, research director for Latin America at Wood Mackenzie.

“2018 will certainly be a transformative year for the region, both economically and politically,” Cuenca said. Mexico started the year attracting $93 billion in investment pledges and followed with another round securing over $8 billion. In March, Brazil added $2.4 billion to about $30 billion from an October bidding round.

Colombia, Uruguay, Paraguay and Argentina will follow with auctions through the year, with keen interest expected from the majors and Asian national oil companies.

For the second time in a month, a high-pressure system is drawing scorching air from the Sahara desert, breaking temperature... Read More...

Gross investment in the current FY grows at slower pace due to low govt capital expenditure: Economic Survey
7 hours ago