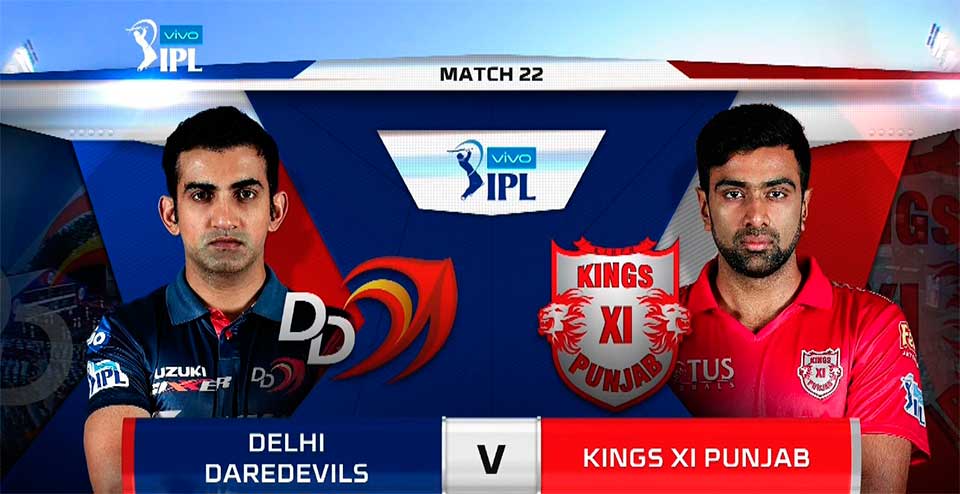 KATHMANDU, April 23: Bruised and battered after a string of defeats, Delhi Daredevils find themselves in a 'familiar' situation as they seek home comfort against a Chris Gayle-inspired Kings XI Punjab in the Indian Premier League today.

Without an iota of doubt, the Daredevils have been the least impressive of all teams in the past few seasons of the cash-rich extravaganza, only managing to finish at the bottom half of the pecking order.

In the ongoing season as DD struggle with fours reverses from five outings, registered a single win against Mumbai Indians by seven wickets to occupy the last place.

This is the best chances for Delhi to recover in its homeground. A win against Kings XI Punjab could just be the catalyst Delhi need to reboot their season.

KXIP have won four out of their five games this season as, beat Kolkata Knight Riders by nine wickets, Sunrisers Hyderabad by 15 runs, Chennai Super Kings by four runs.

The biggest concern for DD is the form of their captain, Gautam Gambhir. Although he got off to the ideal start, scoring a fifty on his return to Delhi Daredevils in the opening game of this season's IPL against KXIP, he hasn't been the same since. Perhaps, that bowling line-up could get him going again.

As DD really need their captain to contribute with the bat. Jason Roy, too, got off to a brilliant start, winning the game against MI but has since then struggled to get going. Glenn Maxwell has flattered to deceive so far and the only constant run-scoring threat in the side has been Rishab Pant.