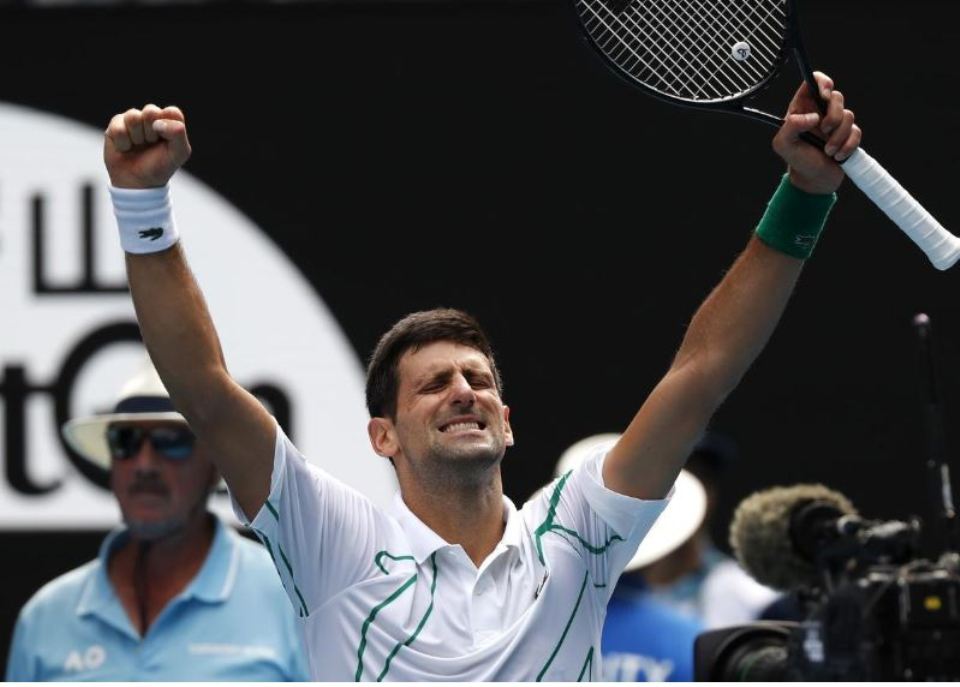 MELBOURNE, Jan 26: Novak Djokovic continued his imperious progress through the Australian Open draw on Sunday, negotiating a potentially tricky encounter with Diego Schwartzman 6-3 6-4 6-4 to reach the last eight at Melbourne Park for the 11th time.

The seven-times champion only added to a strong feeling around the tournament that the Serbian is again the man to beat at the year’s first Grand Slam as he ousted the Argentine in just over two hours on Rod Laver Arena.

The defending champion broke for 5-3 and served out for the opening set before grabbing early breaks in the next two stanzas and successfully resisting Schwartzman’s attempts to get back on terms.

The 32-year-old second seed wrapped up the contest by serving out to love and was delighted to have successfully executed his gameplan.

“It feels great, it was a very solid performance,” he told reporters.

“Today was a good test because Diego was in form, he hasn’t dropped a set in three rounds. Obviously he can be a very dangerous opponent from the baseline if you give him time. I knew that.

“I stepped out on the court with a clear game plan what I need to do. I think I kept things pretty much in control in all three sets. Maybe could have finished the match a bit earlier.”

Djokovic negated Schwartzman’s threat by using his slice to bring the quick 14th seed off the baseline and, saving two of the three break points he faced, always looked like he had another gear he could shift up to.

The match was played in a good spirit with Djokovic reaching over the net for a high five when Schwartzman produced a magnificent drop shot to win a point.

Watched by Australian great Rod Laver, Djokovic also produced some breathtaking skill, most notably a 360 degree spin close in that enabled him to get a backhand volley on a ball that had hit the net cord.

Djokovic moves on to a quarter-final meeting with Canadian Milos Raonic, who he has beaten in all nine of their previous meetings — including at the same stage of the 2015 tournament.

“This will be a different match-up to the one today,” said the 16-times Grand Slam champion.

“Raonic is one of tallest and strongest players. He’s also got one of biggest serves. I’m ready for missiles.

“One of key elements will be how well I’m returning. It’s good to see Milos healthy. He’s a great guy and good friend.”