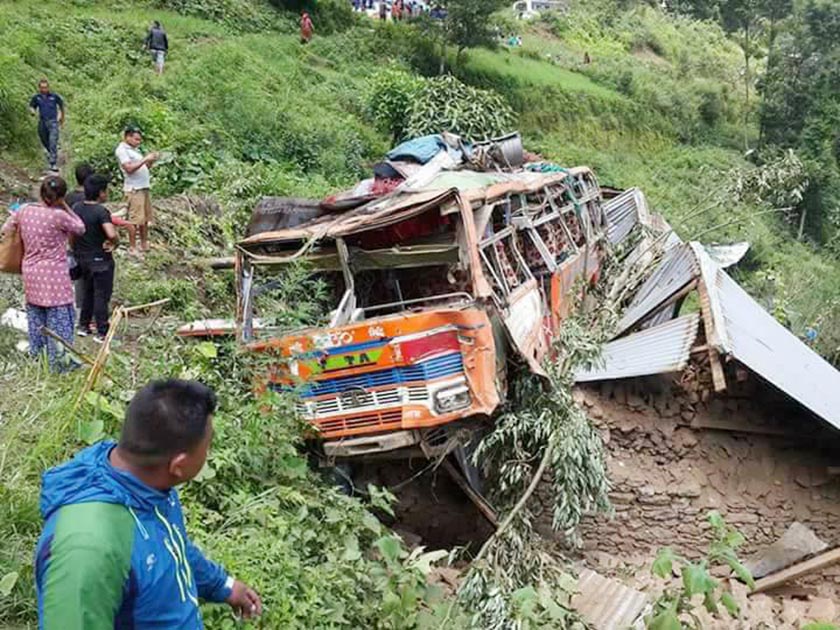 KATHMANDU, September 9: The death toll has reached to seven in a bus accident in Nuwakot on Saturday. Three people died on the accident spot whereas four passengers succumbed to injuries while undergoing treatment in hospital.

The injured have been rushed to various hospitals in Nuwakot and Kathmandu.

The accident took place when an ill-fated bus, Ba 1 Kha 6348, heading to Kharanitar from Kathmandu had skidded off and fell some 350 meters down the road at Thanabhanjyang, DSP Madhukar Jang Bista of Nuwakot District Police Office told Republica Online.

A team from Nepal Police, Nepal Army and locals are carrying out rescue work. The bus driver is at large. The police are investing the case.

URLABARI, July 26: The death toll from a pickup van accident that occurred at Ramitekhola of Morang Sunday has reached... Read More...