KATHMANDU, June 6: The death of a former Maoist combatant, Manish Yadav, 28, (original name Sarita Yadav), who was found hanging at his residence in a remote village in Saptari on Wednesday, should not have been a silent episode. He was not fighting to make the world a brighter place for the common people, but he was a hope to the vulnerable minorities who are often forced to fit into the frame set by the majority.

A transgender, Manish lived a life of hardships and insults. He was punished by his villagers and by the battalion at Solu Salleri Brigade, Maoist Camp, back in 2009 for falling in love with a same sex fellow combatant. The two made headlines as they were garlanded with shoes and smeared black soot for 'inappropriate behavior'. Expelled from the force, they were deemed unqualified to join the Nepal Army after the end of Maoist war. They did not receive any compensation, despite pleading to different human rights organizations and the United Nations for help. 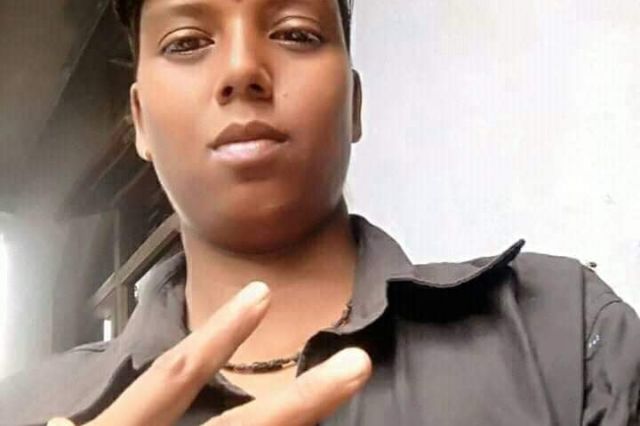 It was after this that Manish, who wanted to sacrifice his life for equality and liberty for all, joined the Blue Diamond Society (BDS) with a mission to make life easier for people like him. Manish was vocal and loud about human rights, according to his peers. He secretly married his loved one in the holy Janaki temple in Janakpur, which never got legal and social validity. Arguably the first same sex couple to have a test tube baby, they welcomed home their bundle of joy, a baby girl, three years ago. Manish never got to register his marriage even after several attempts. He aggressively campaigned to get a birth certificate for his child, and his life suddenly came to an end.

"His death has shocked me. He was a warrior," said Devnarayan Chaudhari, a Rajbiraj-based human rights activist associated with Blue Diamond Society. "He was the one who would always talk of optimism and hope even in miseries. He worked tirelessly to make people aware," he added.

A rebel by nature, Manish was a minor when he joined the Maoist war. He fell for a girl in his battalion and she reciprocated, but they soon realized that they were different. His usual behavior resembled that of a man. It was only after meeting people who were born to a certain sex but with different sexual behavior and tendencies that Manish let go of his earlier identity: Sarita.

"He was good at street drama, excellent public speaker, and a great organizer. He would say that the people with different sexual orientations are normal in their own way and they should be accepted. We have lost a huge strength, he would have done a lot for us if he lived longer," laments Chaudhari, a transgender himself.

Many girls of his age had married and went to the groom's house, but Manish defied this culture. The parents who wanted the same for their daughter were unhappy about his behavior. After he settled down with the love of his life, Manish’s parents softened. His parents gave him a small plot where he had built a two-room concrete house. It was in this house that he was found hanging on Wednesday morning. According to Chaudhari, Manish was going through lots of psychological issues. His long journey for justice had exhausted him, but 'no one knows the real cause of his death'.

"Someone told me of his death over the phone," said Chaudhari, adding that Manish was worried about the baby and his wife. According to Badri Pun, who knows Manish since long, Manish was a victim of discriminatory laws and systems. When Manish was working to have the transgernder who fought the Maoist war compensated, Pun often accompanied him. Even now and for long to come, gender minorities have to fight together for due space and recognition, says Pun, founder president of Inclusive Forum Nepal.

"An incident happening to one of us, even in some other remote land touches us. We belong to the most neglected, most vulnerable minority group in the world," said Pun. "Nepal is relatively liberal, but we are still fighting to be more equal and accepted. Due to the lack of marital rights, our life gets complicated. We also want to live a complete and blessed life," he added.

The Constitution of Nepal 2015 guarantees equality for all. However, there are bylaws, clauses and sub-clauses that create confusion. According to Pun, Oli’s government is even more regressive when it comes to securing rights of the gender minorities. "We should not have to be fighting for marital rights and equal opportunities. Why Manish committed suicide should be a matter of investigation. If we are not able to make changes today, the new generation of gender minorities will have to fight the same battles again and again," Pun states.

Manish's last rites were performed by his family on Thursday evening.

Rights of sexual minorities will be guaranteed