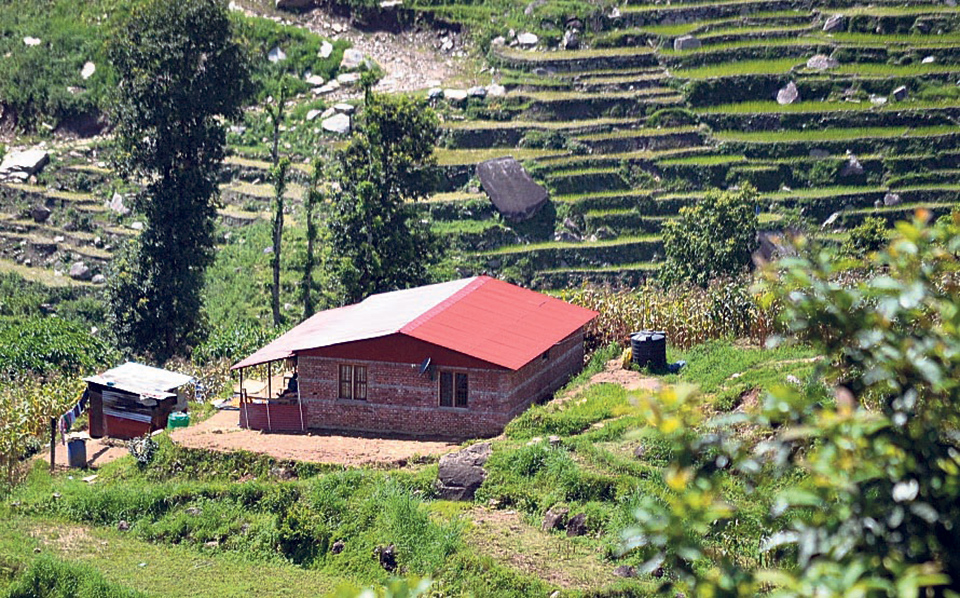 SINDHUPALCHOWK, Sept 11: “The technicians do not want to stay at all in the village”, says Dr Yuvaraj Poudel, chief of the district coordination committee of the Department of Urban Development and Building Construction. “They come, work for some days and then quit,” he adds.

According to Poudel, the entire reconstruction work has been badly affected due to ‘irresponsible attitude’ of the technicians. After working for some time, many are resigning, he said.

There is lack of 94 such technicians in the district of late, Poudel claimed. They had come and worked for some days but left, he states.

When there is dearth of technicians in village, quick victims cannot get enough help. This often lands them into trouble.

“The technicians need to sit and discuss house construction procedures and requirements with the villagers and also inspect the construction process. In lack of technicians, people get confused. If they try to use their own mind, they sometimes end up building house in a wrong way which consequently can deprive them of further grant,” Poudel explained.

“Many quake victims have been deprived of second and third phase of house grant just because they have not been able to produce the required progress document of their houses. This is a very sorry state,” he said.

“Others have resigned and gone elsewhere,” said Poudel. “While resigning most of them said that they were not happy with the working and living environment here,” he added.

Meanwhile, an engineer who recently resigned stated that they are leaving also because of security reasons. “Even the people like local representatives give us pressure to certify sub standard house. If we refuse to follow their instructions, they threaten us,” he said. “It is not easy to work in such an environment,” he added.

SINDHUPALCHOWK, Dec 4: Kalika village of Sindhupalchowk, the worst-hit district by the devastating earthquakes of 2015, has become the first ward... Read More...