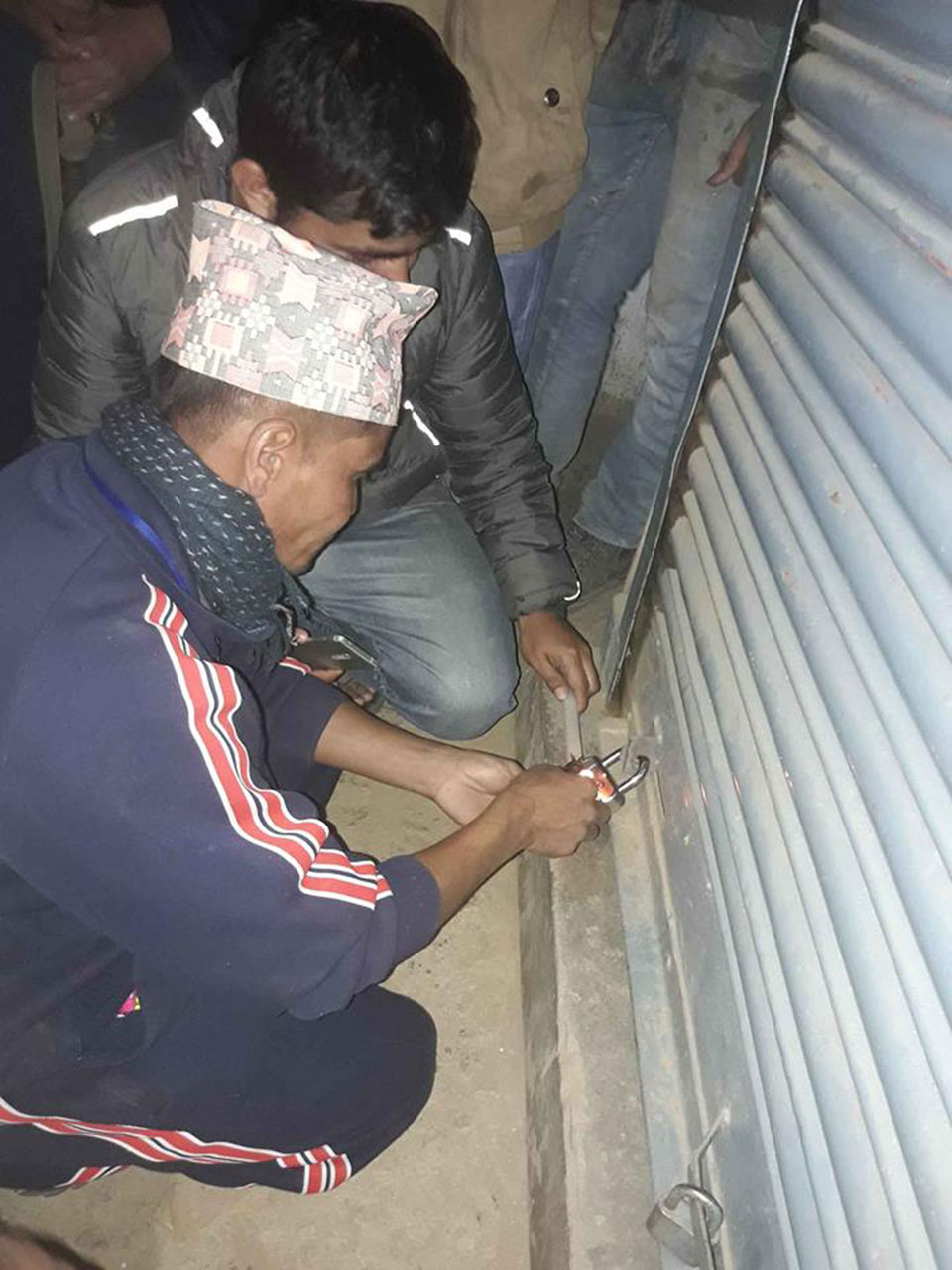 KHOTANG, April 23: The District Administration Office of Khotang has sealed a shop and its godown after completing investigation on a public complaint regarding presence of carbamide (urea) in sugar at Diktel bazaar.

The DAO has shut down Pandey Varieties Janaki General Order and Suppliers shop and godown for the past 10 days.

The shop's owner, Makeshwor Pandey, has been remanded on custody for further investigation, according to chief district officer, Ekdev Adhikari.

The DAO has presented its findings to the police which will, in turn, present it to lawyers. The lawyers will then file a case against the accused in the presence of administrative officials.

Under the leadership of non-gazetted first class officer, Lila Bahadur Bishwokarma and surveillance of Federation of Nepalese Chambers of Commerce and Industry officials, the DAO sealed the shop and gododwn at 9 PM on Friday, April 13 after a consumer complained the presence of urea in sugar packet.

Complaint about presence of urea in sugar draws DAO attention

KHOTANG, April 16: Complaint about the supply of adulterated sugar from a shop based in Diktel has prompted the District Administration... Read More...

NUWAKOT, June 28: The District Administration Office, Nuwakot continues distribution of relief amount to those abducted and displaced during the... Read More...

Gold price increases by Rs 500 per tola
15 minutes ago