Motorists make their way through a road affected by an earthquake-triggered landslide near Mamuju, West Sulawesi, Indonesia, Saturday, Jan. 16, 2021. Damaged roads and bridges, power blackouts and lack of heavy equipment on Saturday hampered Indonesia's rescuers after a strong and shallow earthquake left a number of people dead and injured on Sulawesi island. (AP Photo/Yusuf Wahil)

Operations were focused on about eight locations in the hardest-hit city of Mamuju, where people were still believed trapped following early Friday’s magnitude 6.2 quake, said Saidar Rahmanjaya, who heads the local search and rescue agency.

Cargo planes carrying food, tents, blankets and other supplies from Jakarta landed late Friday for distribution in temporary shelters. Still, thousands of people spent the night in the open fearing aftershocks and a possible tsunami.

At least 415 houses in Majene were damaged and about 15,000 people were moved to shelters, Jati said.

He said more than 200 people were receiving treatment in the Bhayangkara police hospital and several others in Mamuju alone. Another 630 were injured in Majene.

Among those pulled alive was a young girl who was stuck in the wreckage of a house with her sister.

The girl was seen in video released by the disaster agency Friday crying for help. She was being treated in a hospital.

She identified herself as Angel and said that her sister, Catherine, who did not appear in the video, was beside her under the rubble and was still breathing.

The fate of Catherine and other family members was unclear.

The quake set off landslides in three locations and blocked a main road connecting Mamuju to Majene. Power and phone lines were down in many areas.

Mamuju, the capital of West Sulawesi province with nearly 75,000 people, was strewn with debris from collapsed buildings. A governor office building was almost flattened by the quake and a shopping mall was reduced to a crumpled hulk. A large bridge collapsed and patients with drips laid on folding beds under tarpaulin tents outside one of the damaged hospitals.

Two hospitals in the city were damaged and others were overwhelmed.

Many survivors said that aid had not reached them yet due to damaged roads and disrupted communications.

Video from a TV station showed villagers in Majene, some carrying machetes, forcibly stopping vehicles carrying aid. They climbed onto a truck and threw boxes of instant noodles and other supplies at dozens of people who were scrambling to get them.

Two ships headed to the devastated areas from the nearby cities of Makassar and Balikpapan with rescuers and equipment, including excavators.

State-owned firm AirNav Indonesia, which oversees aircraft navigation, said the quake did not cause significant damage to the Mamuju airport runway or control tower.

Indonesian President Joko Widodo said Friday that he instructed his Cabinet ministers and disaster and military officials to coordinate the response.

In a telegram sent by the Vatican on behalf of Pope Francis, the pontiff expressed “heartfelt solidarity with all those affected by this natural disaster.”

The pope was praying for “the repose of the deceased, the healing of the injured and the consolation of all who grieve.” Francis also offered encouragement to those continuing search and rescue effects, and he invoked “the divine blessings of strength and hope.”

International humanitarian missions including the Water Mission, Save the Children and the International Federation of Red Cross said in statements that they have joined in efforts to provide relief for people in need.

Indonesia, home to more than 260 million people, is frequently hit by earthquakes, volcanic eruptions and tsunamis because of its location on the “Ring of Fire,” an arc of volcanoes and fault lines in the Pacific Basin.

In 2018, a magnitude 7.5 earthquake in Palu on Sulawesi island set off a tsunami and caused soil to collapse in a phenomenon called liquefaction. More than 4,000 people were killed, including many who were buried when whole neighborhoods were swallowed in the falling ground.

A massive magnitude 9.1 earthquake off Sumatra island in western Indonesia in December 2004 triggered a tsunami that killed 230,000 people in a dozen countries. 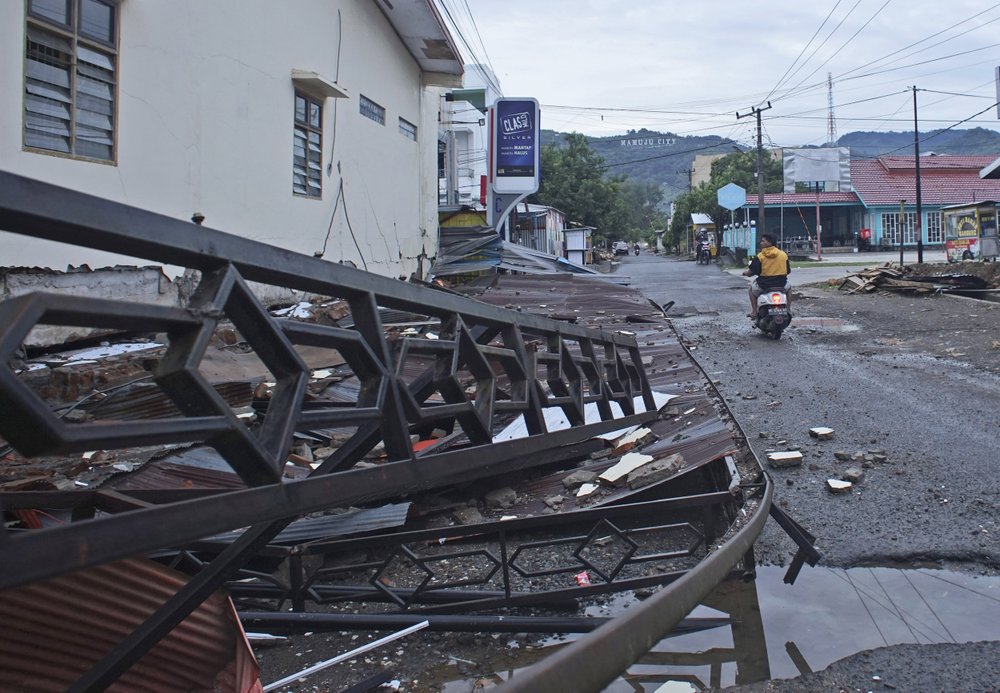 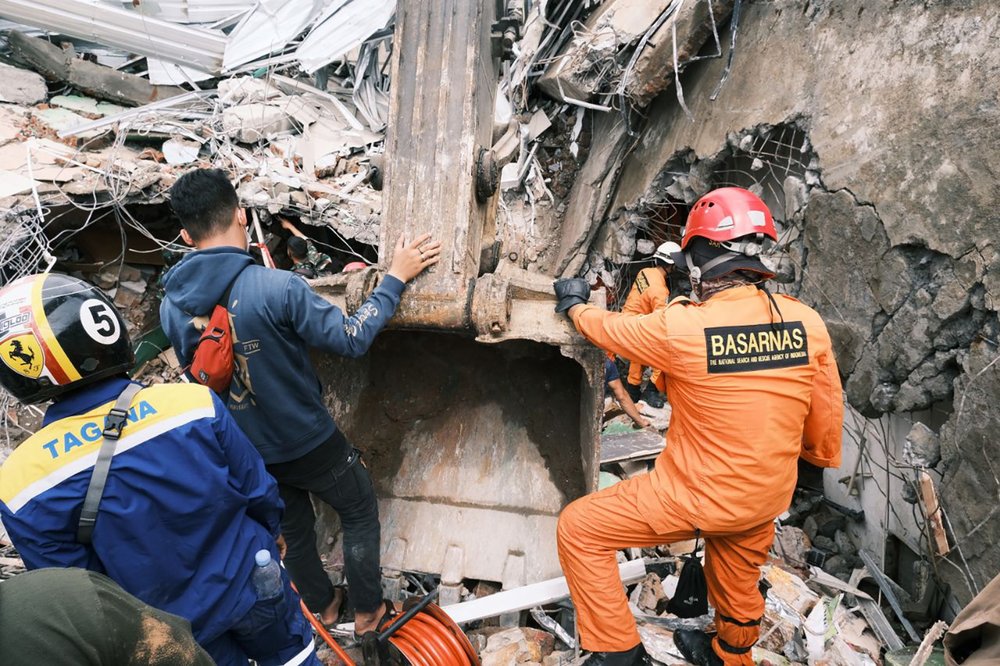 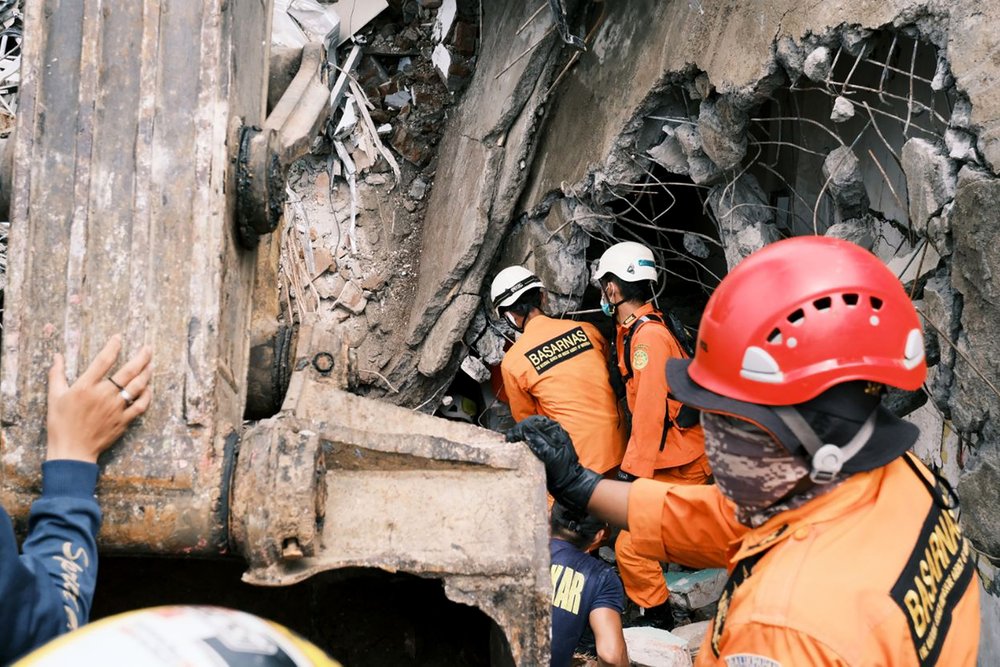 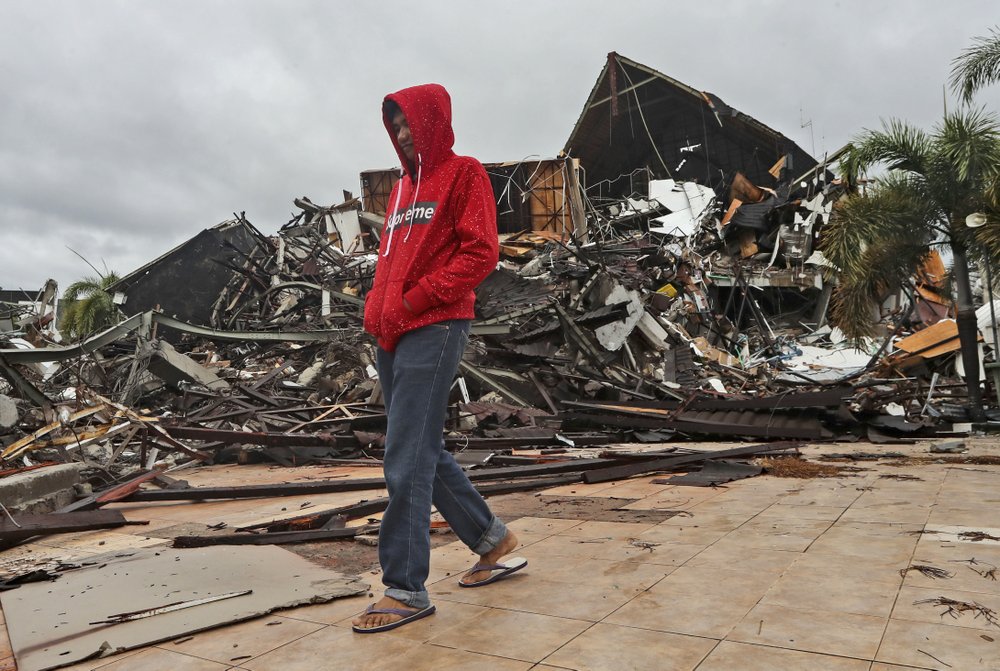 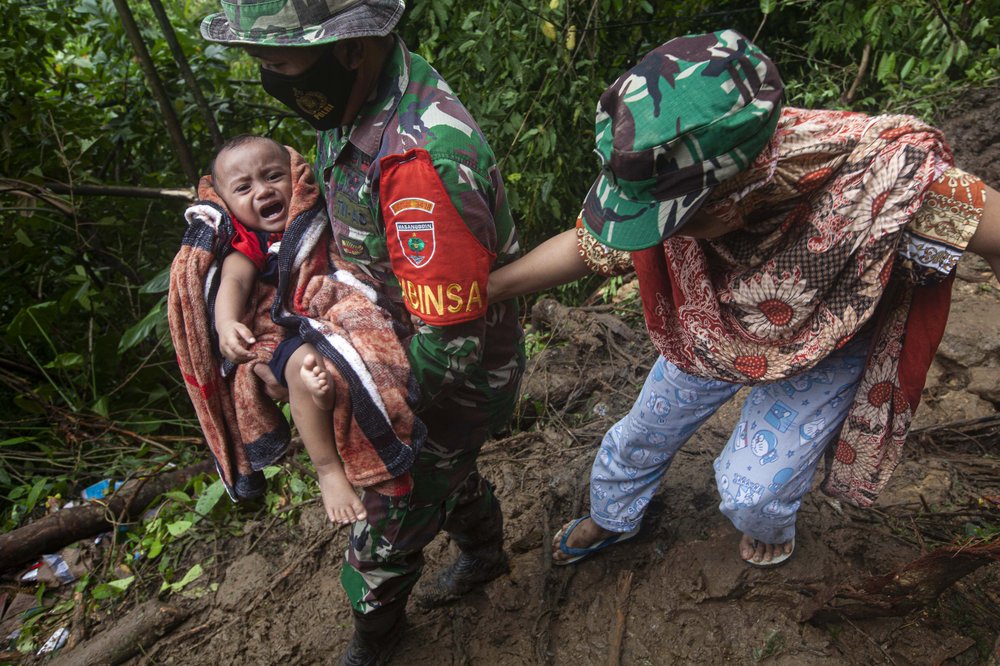 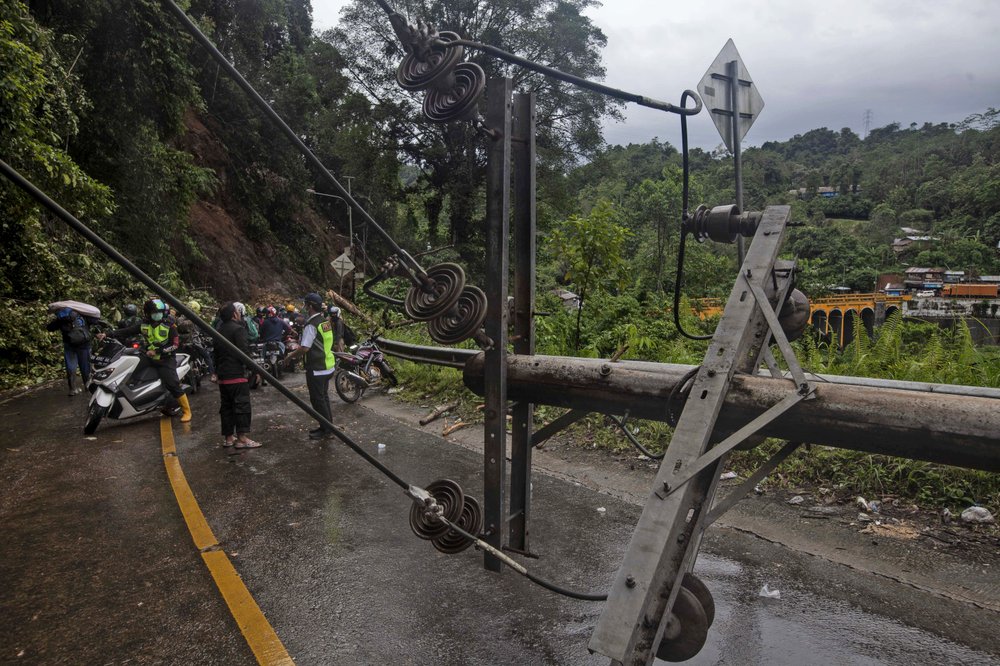 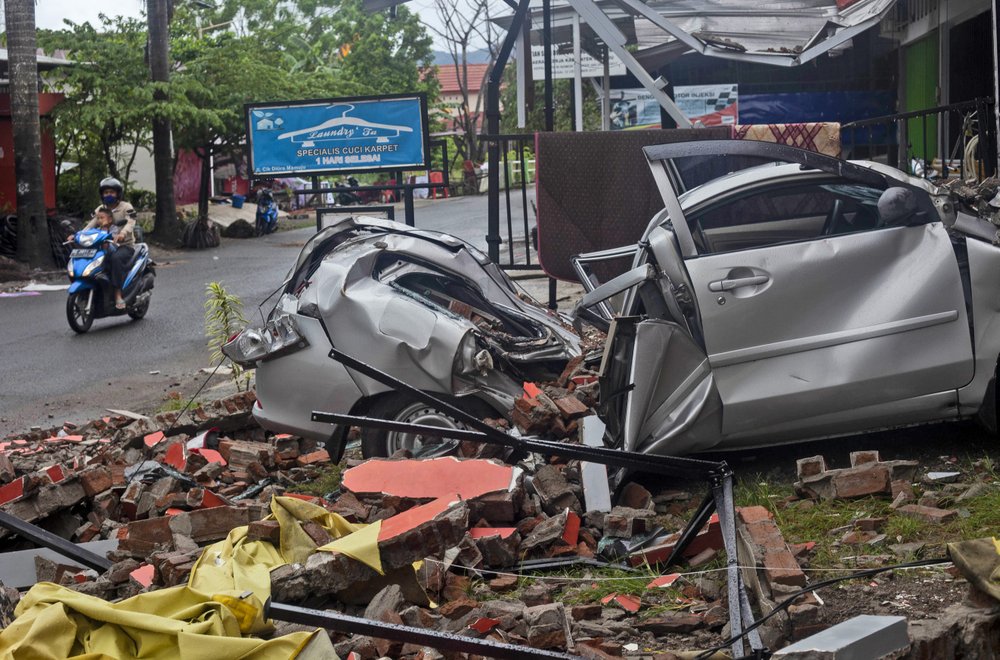 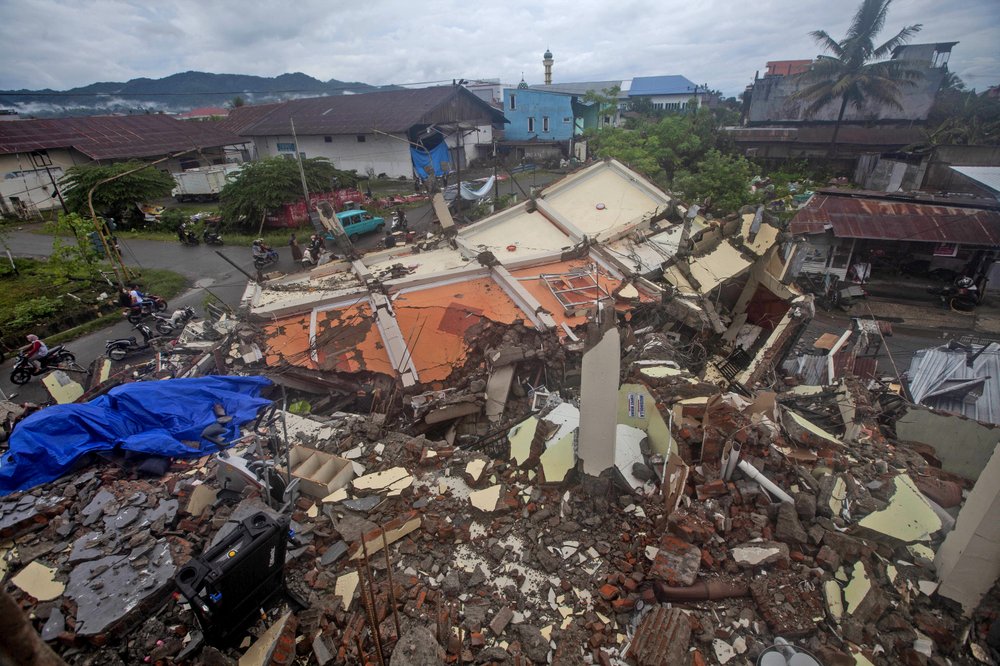 JAKARTA, June 17: An earthquake of 6.2 magnitude struck in eastern Indonesia on Monday, the European monitoring agency said, but there were... Read More...