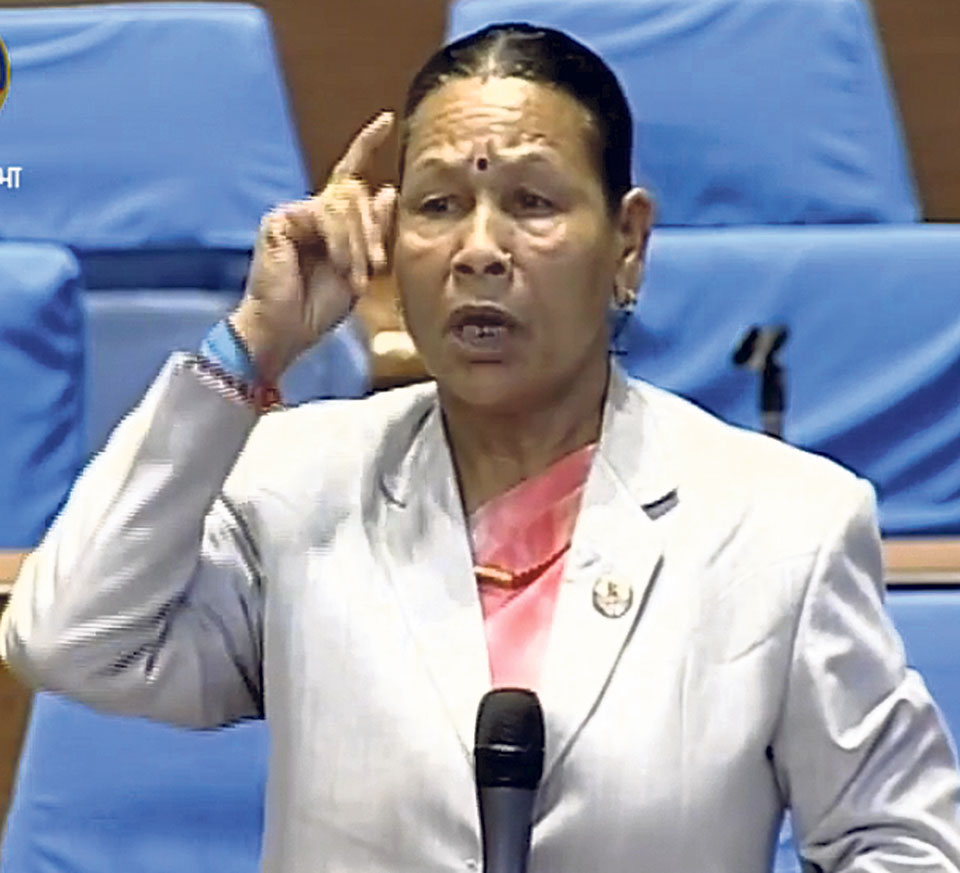 KATHMANDU, June 5: Lawmaker Kaludevi Bishwakarma shared her month-long struggle to rent an apartment in Kathmandu, at a meeting of the House of Representatives on Monday. There was pin-drop silence in the chamber for a few minutes when she was speaking.

“We didn’t get any room to rent for a month because we are from the so-called Dalit community,” lawmaker Bishwakarma said, becoming emotional while sharing her plight with the other lawmakers. “If discrimination and the practice of untouchability exist even in the capital, how much worse the situation in remote villages must be.”

Federal Socialist Forum Nepal (FSFN) lawmaker Bishwakarma, who hails from Kailali district in Province 7, spent over a month finding a room in the capital after being elected lawmaker, said her husband Dan Bahadur Bishwakarma, who is FSFN deputy general secretary .

“At least five landlords wriggled out of renting us a room after learning about our caste. It left us depressed,” Dan Bahadur told Republica. However, the couple did recently find a room in a house at Koteshwar. “The new landlord is kind and doesn’t discriminate,” he said.

Expressing discontent over the cheap rhetoric of ending discrimination in the country, she said that the word Dalit should be expunged from official records and the so called Dalits should be referred to as artisans. Items we craft for installing in temples become sacred and are worshipped but we ourselves are still discriminated against,” the lawmaker said.

She also demanded strict implementation of the existing laws against discrimination.

KATHMANDU, Feb 28: One of the key demands of the people’s movement in 2006 was increased representation of women, Dalits and... Read More...

The Ill-planned Roadside Plantation in Kathmandu
17 hours ago

Overcrowded district jail at risk of infectious diseases
7 hours ago