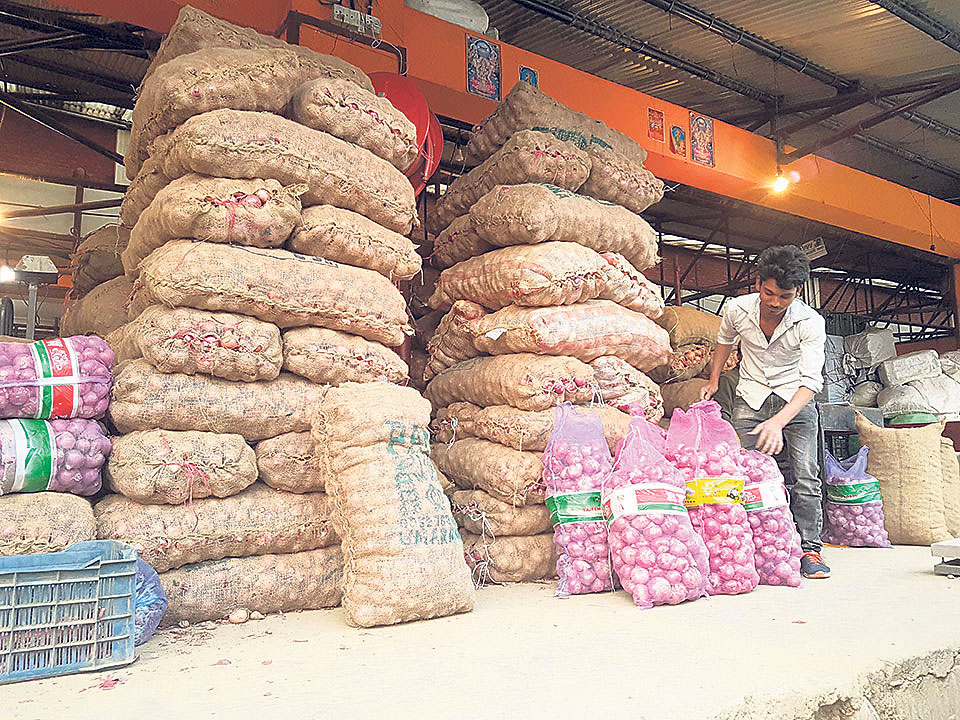 SINDHUPALCHOWK, Dec 12: As the country is going through onion shortage due to Indian ban, importers have turned to China for supply of the popular kitchen ingredient.

According to the data at Tatopani Customs Office, 100 tons of onion is being imported daily through the border point for the past three weeks.

According to customs officer Keshav Raj Oli, there has been sudden increase in the import of Chinese onions since mid-November. Oli informed that these days, 10 containers carrying a total 100 tons of onion pass through the border on a daily basis.

Before mid-November, two to five onion containers entered the country in a week, he added.

Records at the office show that two thirds of the import through the border comprises of Chinese agricultural products. About 35 containers carrying Chinese goods enter the country through the checkpoint on a daily basis.

Chinese apples constitute the major part of import through Tatopani. As the season for apple is about to end, about 150 tons of apple enter through the customs every day.

Tatopani Customs Office has labeled the price of apple at Rs 114. There is a provision not to place tax on agricultural products, but merchants have to pay 10% agriculture service charge on import of onion. On the import of 300 tons of onion, merchants need to pay Rs 240,000 in customs charge.

KATHMANDU, Dec 12: The retail price of Chinese onions has reached Rs 200 in the markets of Kathmandu, nearly equal... Read More...

The price of onions has gone way too high in Nepali market.  The retail price of this vegetable product spiked... Read More...