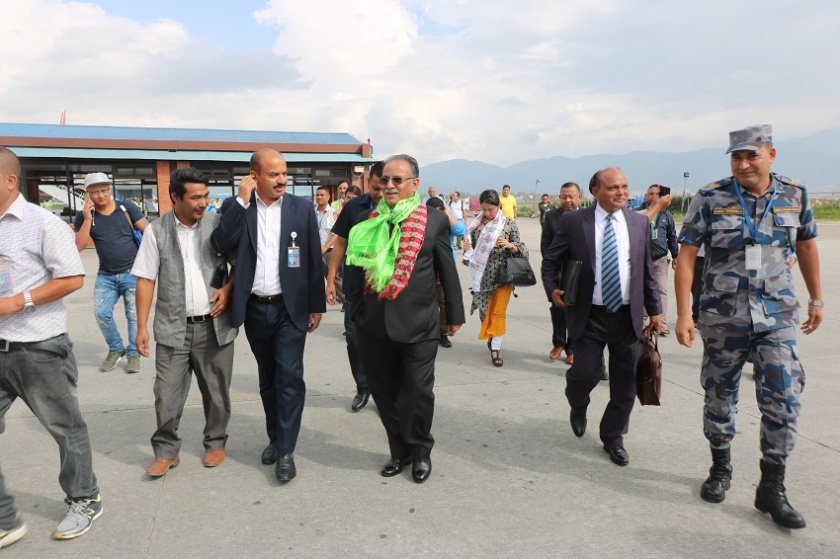 Upon his arrival, speaking with media at Tribhuvan International Airport on Sunday, former Prime Minister Dahal said that the visit was successful and productive one. “It is rare to have long discussion during bilateral meeting but this time it was a good opportunity. I had discussion with PM Modi and other Indian leaders on various issues of two countries. This has given very positive message for both countries”, he said.

Chair Dahal informed that he had discussion on different issues including bilateral relation between two countries, trade promotion, trade loss, issues in Nepal-India borders and reconstruction after the massive earthquake among others.

He reiterated that the objective of his visit was to remind the Indian leadership of agreements the two countries made earlier so as to ensure their timely and effective implementation.

Man beaten to death in Dhanusha
8 minutes ago