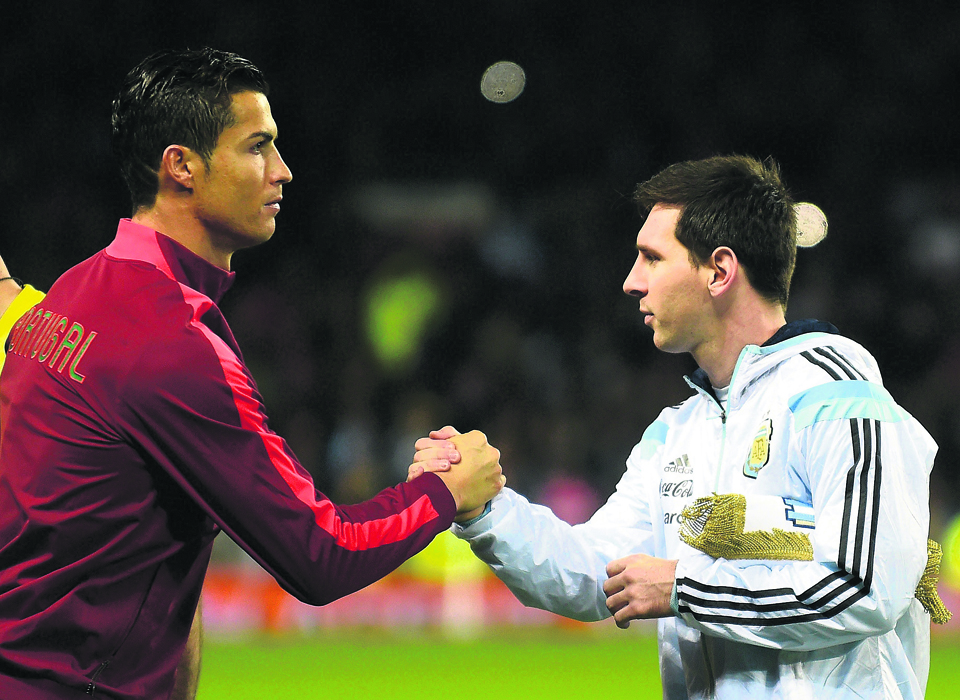 GENEVA, May 26: Cristiano Ronaldo and Lionel Messi have put up impressive numbers — in life and on the field — going into a fourth World Cup.

So much has happened for football's standout stars since the 2014 tournament, when both left Brazil still lacking the game's most coveted prize.

Yes, each has scored at least 200 more goals, won at least one more Champions League title and taken home at least one more Ballon d'Or trophy since that last World Cup. Ronaldo also captained Portugal to win the 2016 European Championship.

Both have also turned 30 and seen their families grow, becoming doting dads while still the game's best players.

Ronaldo is now a 33-year-old father of four children, and three were born within the last year.

Messi will have his 31st birthday in Russia during the group stage, and two of his three sons were born since Argentina lost in the 2014 World Cup final.

Life is changing even as their will to win and hunger for goals stay the same.

“You start to see things differently, in another manner,” Messi said in an interview with Spanish sports daily Marca, “And the truth is that becoming a father is most beautiful thing that has happened in my life.”

For Ronaldo, there was a revealing recent interview with celebrity lifestyle magazine Hola!

“It has shown me things about love I never knew existed,” the Real Madrid forward said of his family.

“It has softened me and given me new perspective on what is really important in life.”

This life balance delivered results on the field this season.

Messi inspired Barcelona to go unbeaten until the league title was won, when many expected a dip after Neymar left.

Ronaldo scored in Madrid's first 10 Champions League games on the way to a fourth final in five years, against Liverpool on Saturday. Madrid won the previous three.

Amid the other-worldly feats are down-to-earth moments shared with social media followers — 91 million for LeoMessi on Instagram, 73 million for @Cristiano on Twitter.

Ronaldo, captaining his country, scored once in four games and that was a late goal in a 7-0 rout of North Korea.

In more fruitful times at Euro 2016, Ronaldo was surprised by a family visit at the team's base near Paris so he could celebrate his son's sixth birthday. Footage of the moment shows the tenderness between them.

Ronaldo led the European champions to Russia last June for the 2017 Confederations Cup and was — unknown to all but a few people — unable to be with his newborn son and daughter, Mateo and Eva.

The day after Portugal's semifinal loss on penalties to Chile, Ronaldo announced on social media he was a father again and had left Russia to see his twins.

One day later, Messi had his own family event. Taking advantage of his first free offseason in four years, Messi married long-time partner Antonella Roccuzzo in Rosario, Argentina. Their third son, Ciro, was born in March.

Messi missed Barcelona's next game after the birth, and again put family first by missing a news conference where teammate Andres Iniesta confirmed he is leaving the club. Messi's reason He was collecting renewed passports for his sons.

Still, a World Cup is unfinished business for both greats, whose career score of world's best player trophies is 5-5.

In 2006, Portugal lost to France in the semifinals. Last time, Portugal was third in a group where Germany and the United States advanced.

Argentina has been eliminated by Germany, in two quarterfinals then a final.

Both now are in tricky groups Portugal plays Spain, Morocco and Iran. Argentina has Iceland, Croatia and Nigeria.

If the World Cup eludes Messi again, there is one important future goal. He and his wife want to welcome a daughter.