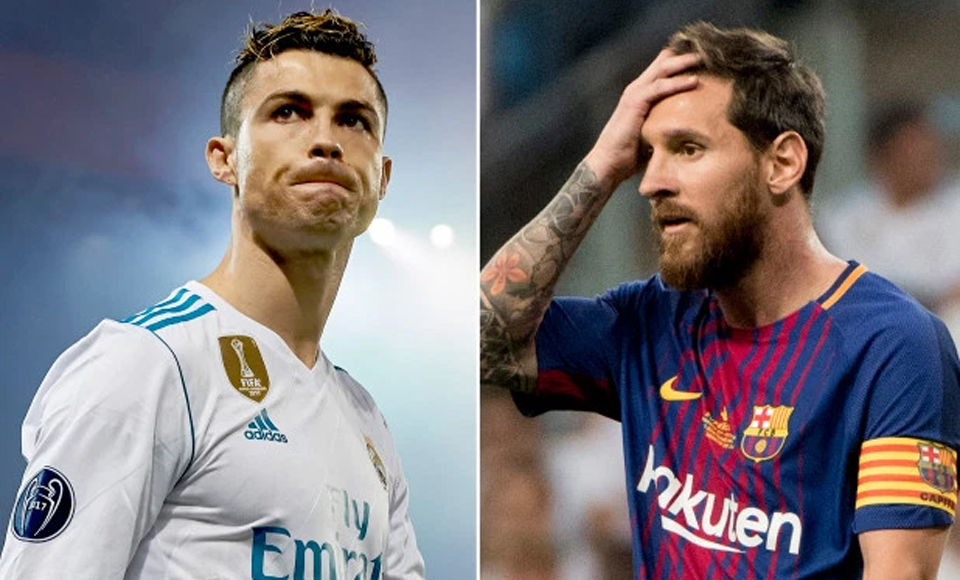 RUSSIA, May 17: ISIS threatened to behead Cristiano Ronaldo and Lionel Messi at the World Cup in chilling mocked-up photos.

The barbarous terror group is repeating calls for “lone attackers” to strike ahead of the tournament in Russia in June.

The group already has made a number of sickening threats as it loses ground in Syria and Iraq, but has ramped up the violence in its latest campaign.

The photos show Ronaldo and Messi pinned to the ground by masked jihadis in a packed soccer stadium.

The picture, captioned “Your blood will fill the ground,” shows the extremists hacking at the soccer stars’ heads.

The latest threat was revealed by cyber intelligence firm Sixgill, which monitors ISIS chatter, according to The Mirror.

It was released Wednesday on Telegram by a pro-ISIS group.

Earlier this month, ISIS called on its supporters to launch attacks at the showpiece soccer tournament, which kicks off in Russia in June.

They made their call to arms on an online propaganda poster showing a knife slashing the World Cup logo with a French caption translated as, “Kill them all.”

Previously, ISIS warned Russian president Vladimir Putin that he would “pay the price for killing Muslims” in a poster showing a jihadist holding an AK-47 inside a soccer arena.

The threat was thought to be linked to Russia’s military support for Syrian President Bashar Al-Assad in his fight against ISIS.

In March, ISIS targeted Messi for the first time in posters showing him kneeling next to a jihadist and banged up behind bars.

Russian security services are on high alert for an ISIS-inspired attack at the tournament.

In April, as part of a large anti-terrorism campaign prior to the World Cup, Moscow revealed it had killed 11 Jihadists.

The FSB security service has indicated terrorism is the main threat to the World Cup.

“Guns, bullets, knives and grenades were discovered at the scene,” said a statement from the Russian Investigative Committee, which probes serious crime.