Current imbroglio gets outlet once heavyweights agree on power-sharing: Bhattarai 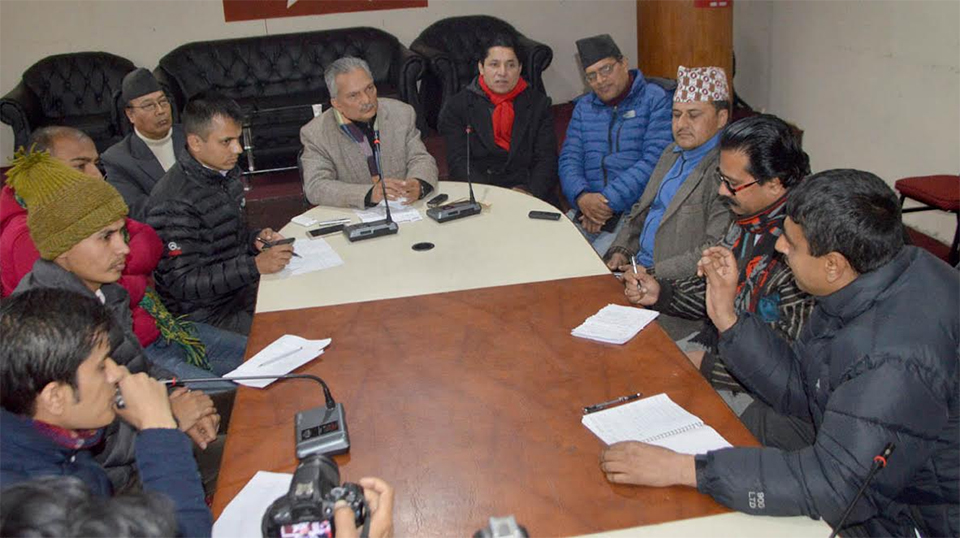 KATHMANDU, Jan 2: Naya Shakti Party Coordinator Dr Baburam Bhattarai has said that the current political imbroglio will get an outlet once the major political parties strike a deal on power-sharing, claiming that they have no differences on major political agendas.

Speaking at an interaction organized by Reporters Club Nepal in the capital on Monday, Dr Bhattarai said, “The stalemate will get an outlet if the major three political parties – CPN-UML, Nepali Congress and CPN (Maoist Center) - move ahead by forming a coalition government. They have grudges over power-sharing rather than on political agendas."

He urged top three parties to address the demands raised by the Madhesis, Tharus and Adhibvasi-Janajatis.

When asked whether Naya Shakti Party is unifying with the Federal Socialist Forum Nepal (FSF-N) led by Upendra Yadav, Bhattarai clarified that they have no plans for unification with FSF-N right now but hinted posibilities in future saying that both the parties agree to move through the constitution amendment.

However, he completely ruled out the possibility of unification with the mother party CPN (Maoist Center).