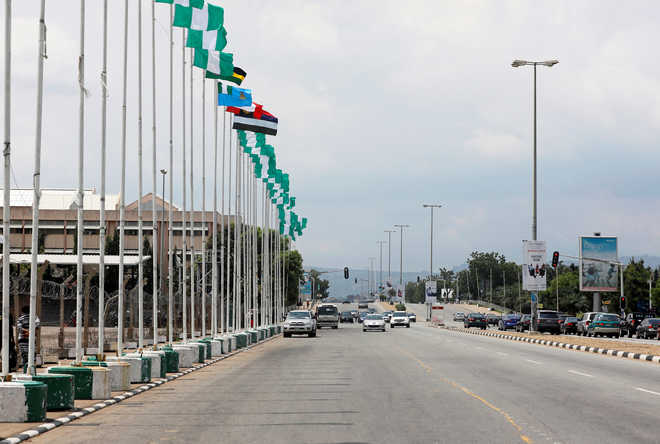 Governor Nasir El-Rufai posted a statement on Facebook from his spokesperson stating: "The state government has declared a curfew in Kaduna metropolis and its environs to manage the situation."

"The governor appealed to all residents to do their best to uphold peace," the statement added.

Kaduna was plunged into communal violence this week after fighting broke out between Hausa Muslim and Adara Christian youths in the town of Kasuwan Magani's market following a dispute among wheelbarrow porters.

Two people were said to have been killed in the initial market fracas on Thursday. The violence then dramatically escalated when Adara youths later attacked Hausa residents, burning homes, and killing dozens.

"Most of the killings were done in the second attack which took the Hausa community off guard," Muhammadu Bala, a Kasuwar Magani resident who lost his home, told AFP over the weekend.

Kaduna state police commissioner Ahmad Abdur-Rahman told reporters on Friday 22 people had been arrested in connection with the violence.

In February clashes left at least 10 people dead and hundreds of homes and businesses burnt. Major bouts of sectarian rioting in 2000 and 2002 killed thousands.

The latest outbreak prompted President Muhammadu Buhari to express concern that Nigerians were too frequently resorting to violence over misunderstandings that could be resolved peacefully.

"No culture and religion supports the disregard for the sanctity of life," he said, adding that "peaceful coexistence is necessary for the progress of any society and its wellbeing".

Crowded Lagos to ban motorbikes from most of Nigerian metropolis

June 26: Scores are dead after vicious weekend clashes in central Nigeria between mostly Muslim cattle herders and Christian farmers, with one... Read More...