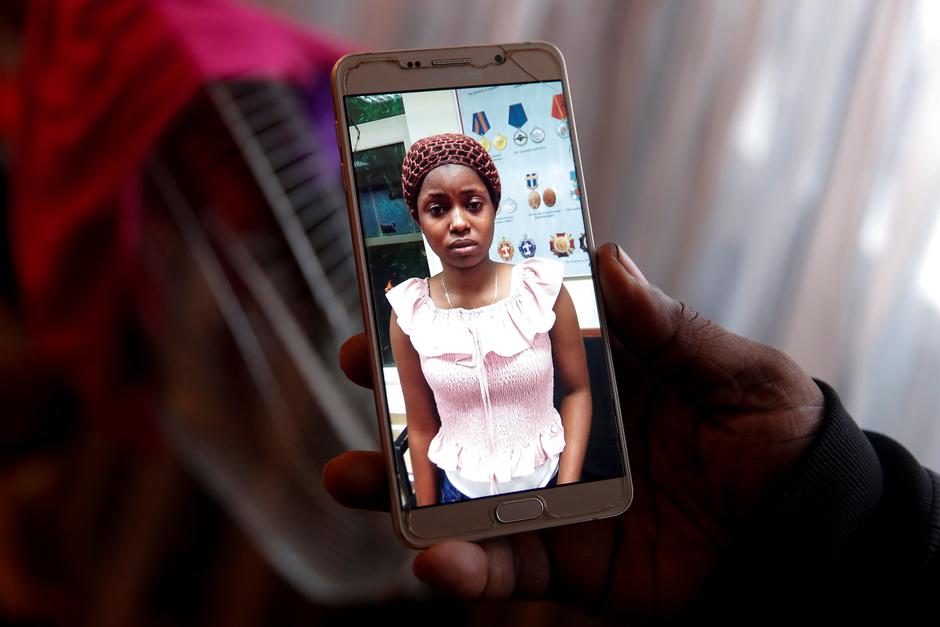 MOSCOW, March 7: Blessing Obuson thought Russia’s soccer World Cup would be an opportunity to find a job and flew into Moscow from Nigeria last June on a fan ID. Instead, she found herself forced to work as a prostitute.

Fan IDs allowed visa-free entry to World Cup supporters with match tickets, but did not confer the right to work. Despite that, Obuson, 19, said she had hoped to work as a shop assistant to provide for her 2-year-old daughter and younger siblings back in Nigeria’s Edo state.

Instead, she said she was locked in a flat on the outskirts of Moscow and forced into sex work along with 11 other Nigerian women who were supervised by a madam, also from Nigeria.

“I cried really hard. But what choice did I have?” Obuson told Reuters after being freed by anti-slavery activists.

She said her madam had confiscated her passport and told her she’d only get it back once she’d worked off a fictional debt of $50,000.

Obuson told her story to a rare English-speaking client who got anti-slavery activists involved.

Two Nigerians were later arrested and charged with human trafficking after striking a deal to sell Obuson for 2 million rubles (around $30,000) to a police officer posing as a client, according to her lawyer, statements from prosecutors, and evidence presented at court hearings in the case attended by Reuters journalists. The case is still under investigation.

Obuson’s case is not isolated. Reuters met eight Nigerian women aged between 16 and 22 brought into Russia on fan IDs and forced into sex work. All said they had endured violence.

“They don’t give you food for days, they slap you, they beat you, they spit in your face... It’s like a cage,” said one 21-year old woman, who declined to be named.

In September, a Nigerian woman was killed by a man who refused to pay for sex, police said. The Nigerian embassy later identified her as 22-year old Alifat Momoh who had come to Russia from Nigeria with a fan ID.

Russian police say 1,863 Nigerians who entered the country with fan IDs had not left by Jan. 1, the date when the IDs expired.

Kenny Kehindo, who works with several Moscow NGOs to help sex trafficking victims, estimates that more than 2,000 Nigerian women were brought in on fan IDs.

Neither Russian police nor the Nigerian embassy in Moscow replied to requests for a comment. A Nigerian foreign ministry spokesman also did not respond to text messages and phone calls requesting a comment.

“Many are still in slavery,” said Kehindo, who said he had helped around 40 women return to Nigeria.

“Fan ID is a very good thing, but in the hands of the human traffickers it’s just an instrument,” he said, calling for more cooperation between the authorities and anti-trafficking NGOs during major sporting events, including the 2022 Qatar World Cup where a fan ID system is also being considered.

While a prosecution has been launched in Obuson’s case, police have been unable to act against suspected traffickers in other cases due to a lack of evidence.

“A lot of girls are still out there,” said Obuson.