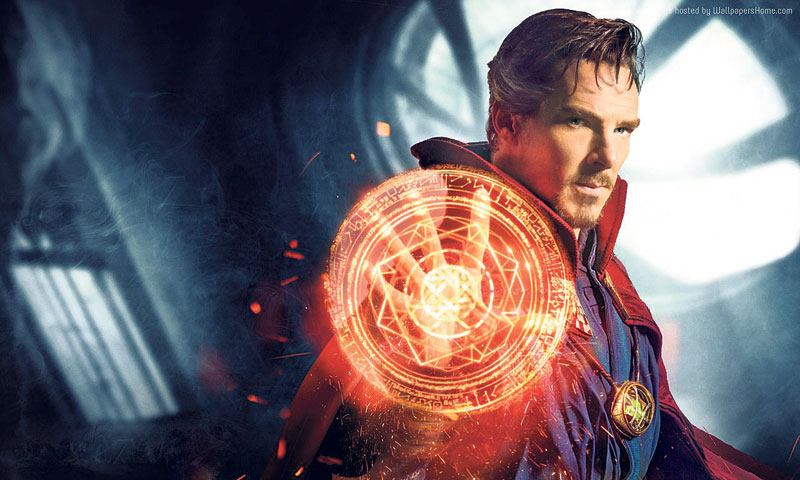 British heartthrob Benedict Cumberbatch loved his close encounter with special effects when he swapped his Sherlock Holmes deerstalker for a superhero cape in his latest movie outing, ‘Doctor Strange’.

Stepping into the Marvel comics universe for the first time, the Oscar nominee plays the lead character in the Hollywood blockbuster, a neurosurgeon who encounters a hidden world of sorcery after losing the use of his hands in a car accident.

“You could spin a camera 360 degrees and shoot on anything and it would be a frame in the final cut...You also had some green screen moments which were mind-blowingly difficult,” he said at the movie’s premiere in Los Angeles on Thursday.

“The... preparatory kind of storyboarded animation they use to map out really complex sequences is so thorough, it’s an art form in itself.”

Cumberbatch, known for playing the famous detective in the ‘Sherlock’ television series and Oscar nominated for his role as mathematician Alan Turing in ‘The Imitation Game’, was joined on the red carpet by fellow Briton Tilda Swinton.

She addressed criticism of her casting in the film as The Ancient One, a character of Asian origins who hails from the Himalayas.

“People making a lot of noise about there not being... enough diversity in world cinema or particularly Hollywood cinema are right on and they must shout nice and loudly and they’ll have me shouting beside them,” she said.

“It will be really nice when people see the film and maybe understand why the choices were made... But at the same time, no-one must stop shouting nice and loudly because if they don’t things will not change.”

Also present at the premiere at Hollywood’s Chinese Theatre were actors Rachel McAdams, Benedict Wong and Mads Mikkelsen, who feature in the movie, and “Iron Man” star Robert Downey Jr.

If the new supernatural spectacle from the self contained world of Marvel Comics were to be described in one word,... Read More...

Creator of Doctor Strange Jon Sapihts is keen to write the sequel. The 66-year-old screenwriter worked on the money-spinning Marvel... Read More...

No affinity for superheroes or familiarity with Marvel mythology is required to enjoy the visual spectacle that is "Doctor Strange."... Read More...

One killed, 22 injured in bus accident
47 minutes ago