Culture clash: It's Pulis vs. Guardiola in the Premier League 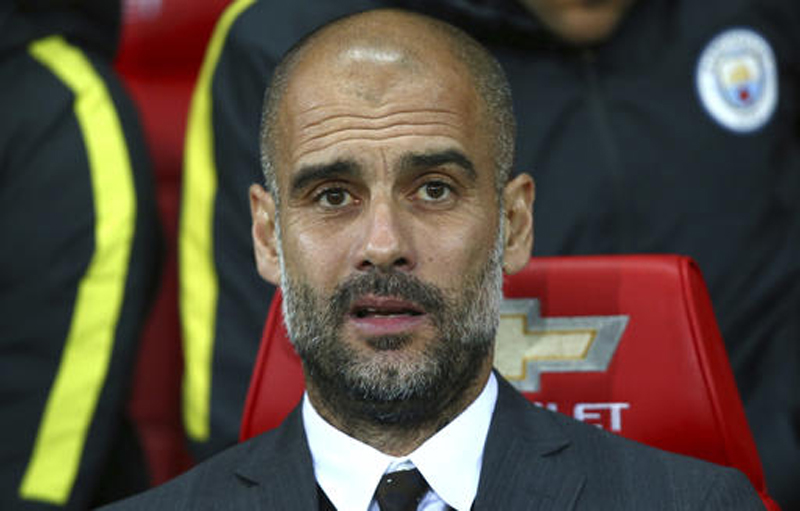 MANCHESTER, Oct 28: One coach will be wearing a baseball cap, tracksuit and sneakers. The other is usually sharply dressed in a suit, tie and shoes.

One team will be defensively robust, direct and likely relying on goals from set pieces. The opponent is highly technical, obsessed with possession and easy on the eye.

Get ready for the Premier League's ultimate culture clash.

Upon arriving at City this offseason, Guardiola said one of his big challenges was to prove to himself and the world that his new team can play beautiful football no matter what time of year, no matter who the opposition.

Saturday, then, might be his most interesting test so far.

The 58-year-old Pulis is part of the furniture in the Premier League, a coach who has taken charge of more than 1,000 first-team games in England and has proved to be the closest thing to a guarantee against relegation after spells at Stoke, Crystal Palace and now West Brom.

Using a pragmatic strategy, he knows how to get performances from limited players and results for teams. At West Brom, he has often played a defense containing four center backs and his side has the biggest aerial threat in the league, with four of its 10 league goals this season coming from set pieces. Tall central defender Gareth McAuley has already scored three.

Unbeaten Tottenham needed a last-minute goal to draw 1-1 at The Hawthorns two weeks ago, while West Brom was completely dominated in a 2-1 loss at Liverpool last weekend, only to score late — from a corner — and set up a tense finish.

"West Brom use Pulis' style marvelously," Guardiola said Friday. "I saw them against Tottenham — they use the long ball and they defend (deep). We have to adapt."

That's just what Guardiola is doing as he gets to grips with the relentless demands of the English soccer calendar, which is different to what he experienced at Barcelona and Bayern Munich.

The Spanish coach started with 10 straight victories at City but a League Cup loss to Manchester United on Wednesday took the team's winless run to six games, the worst streak of Guardiola's managerial career.

A match at West Brom might be a culture shock to Guardiola and a strong examination of a City defense that has kept only one clean sheet in the league. Goalkeeper Claudio Bravo, in particular, appears vulnerable under the high ball, so West Brom surely will put pressure on the Chilean.

"They are struggling at the moment, from what everybody tells me," Pulis said sarcastically, referencing that City is still first in the Premier League after nine games. "They are top of the league, they only just got beat by Man United by playing their second team on Wednesday.

"They will play their first team against us definitely. It will be a tough game."

But don't expect Guardiola to adapt his usual game plan just because it's West Brom.

Asked last week if the downturn in results has caused him to think about a change in style, Guardiola responded: "I think about that, yes. But after that, the solution is not better than what I believe. So I cannot.

"That is why Manchester City called me (to be its coach), to try to play in the way I believe with the players that I have."

Man City out to show why they're Premier League favorites

LONDON, August 17: After a first week in the Premier League that saw the champions Chelsea toppled and 31 goals... Read More...

MANCHESTER, Aug 25: Hull started the season as the English Premier League's "crisis club," regarded by some as the worst-prepared... Read More...

Govt to provide up to Rs 1.5 million each to workers abroad in legal aid
30 minutes ago