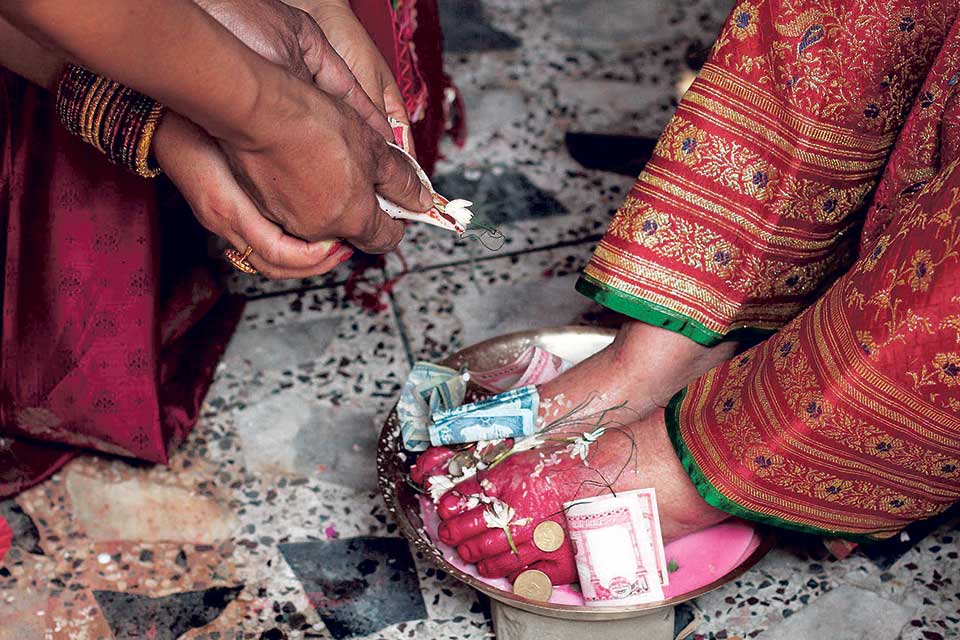 We live in a society that’s rooted in tradition, culture, and religious sentiments. And while that’s a really good thing, what bothers me about it all is how sometimes people take things way too far. It’s quite the norm for people to follow certain traditions because that’s just how things are supposed to be without knowing anything about it. And when someone questions why they do certain things on certain occasions, the supposed implications of that question offend them. It doesn’t matter that they can’t justify their actions with logical explanations.

My mother is a good example of this. She is very religious. She gets very excited at the thought of performing religious deeds, especially if the said deed has anything to do with Lord Shiva. She claims that she started fasting on Shivaratri when she was five years old and took up Teej fasting when she was seven. She has not missed fasting on a single Shivaratri or Teej since then. What’s more is that she also fasts on other days that are supposedly related to Lord Shiva – every Monday and every Pradosh (a bimonthly occasion on the 13th day of every fortnight in Hindu calendar.)

And her fasting regimes are quite extreme. The only things she consumes in these days are liquids and fruits. I know that fasting might actually be quite healthy for your body as this can be a good way to just consume healthy foods and forgo unhealthy and junk foods – if they are done properly. But that is not the case for my mother. Instead of consuming healthy foods, she just stops eating. The only items she consumes during these days are about five cups of tea and one serving of fruits. That’s it. On some days, she even forgets to have that one serving of fruits and just lives on tea and water.

Her Teej fasting takes this whole thing to another level. She does not eat or drink anything at all. It’s only the next morning when she takes her first gulp of water in more than 24 hours. She washes my father’s feet, collects that water on a plate, transfers it to a glass or a cup and drinks that. Yes, it’s every bit as yucky as it sounds. Even my father thinks this is ridiculous and he actually wears layers of socks before going to bed every Teej with the hope that this might deter my mother from following through a really absurd tradition. But she still finds a way to do all of it without waking up my father, which baffles my father no end.

I know for a fact that it’s not just my mother who does these nonsensical things in the name of religion and culture. I honestly cannot understand this. What is the logic behind all this? Even my mother cannot justify it and just says that it’s something that must be done. It’s not unusual for her or others like her to do things like that even when they don’t understand the reasons behind it. They simply pick up activities they see people around them doing even when they don’t have a valid reason for carrying out that particular activity themselves. I think this defeats the whole purpose of that activity.

So many things in our religion and culture were born out of logic, at least things that can be considered logical at the time of their instigation. But these same things have been taken so out of context over time that the reason for following them has taken a drastic 180-degree turn. One of my friends recently revealed the origin of the caste discrimination that is still very prevalent in our country. I’m not a hundred percent sure about the accuracy of this claim though. However, apparently, it started with Brahmins and Chhetris asking people who worked in the fields to wash up before entering their homes because they would leave a trail of mud if they moved around without cleaning up first. This seems reasonable enough but the way it got modified throughout the generations to develop into a discriminatory attitude is not right.

The elder members of my family always scold me if trim my nails or take a shower after sunset. When I ask them the reason behind it they say that it brings instant bad luck. I do those things anyway and have never experienced any immediate bad karma. Sometime ago, my father revealed that these sayings were applicable before the discovery of light bulbs because people actually got hurt if they trimmed their nails or took showers after sunset. Back then, candles or ‘diyo’ were the only source of light after dark. The light was not bright enough for people to see clearly and distinguish between their nails and the skin around it. So people would accidentally clip their skin as well. But times have changed and it makes no sense to follow traditions that suited the lifestyle of people from a century ago.

I’m not saying that we should drop all of our cultural and religious traditions and beliefs. But I think we should actually understand the logic behind the traditions we follow before carrying them out. A lot of these practices need to be upgraded to fit our current lifestyle. We have constantly been altering ‘traditions’ to the point where so many of them have lost their original values. So it’s high time that we reevaluate and reconsider a lot of these baseless traditions and practices. Doing away with the traditions in their entirety is definitely not what I wish for, but practices we understand the implications of would mean they don’t die a natural death with the future generations. 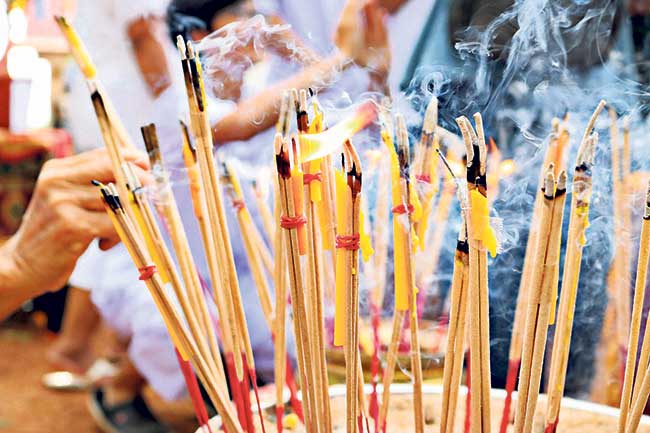 KATHMANDU, July 24: Dhanraj Chitrakar started drawing serpentine deities from the age of 14. It has been over five decades... Read More...

CHITWAN, Sept 15: The 6th national lakhe dance competition is to be held in Narayangadh on coming September 19 and 20. Read More...