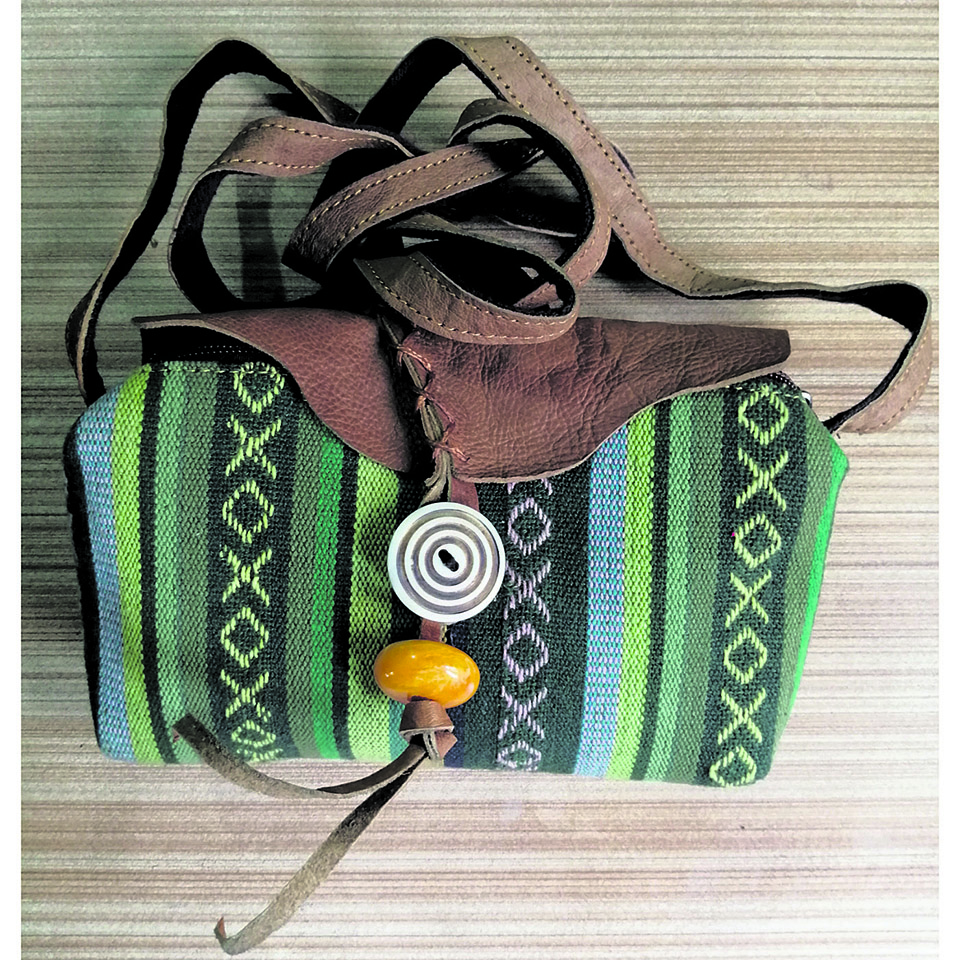 The Made in Nepal movement has spurred an interest in Nepal made goods. A majority of people no longer subscribes to the belief that anything home produced is of inferior quality and functionality as compared to imported goods. In pace with this shift in perceptions, many producers and businesses have taken to marketing and producing goods for the Nepali market by using local resources. Among them is the recently launched Kasturi Krafts that sells hemp and leather products made by home-based women in Lamjung.

Rumit Shrestha, founder of Kasturi Krafts, is an avid traveler and his travels take him to far-flung places in Nepal. On one of his excursions, he reached Lamjung where he met a group of women who claimed to make hemp products and leather from raw hides and skins. “Apparently they had been making these products for generations and still made use of traditional designs on their products,” says Shrestha adding that he was really intrigued by their designs and skills.

The women went on to share the predicament they were facing with him. Turned out, despite continuously producing goods, they were failing to find a market for their products. And they feared that this generations spanning tradition would eventually be lost because of that. Fewer and fewer hemp and leather products were being made each year. Hemp products found in the Nepali market mostly come from Bandipur and are made by larger scale producers. Home-based independent producers on other parts of the country are thus struggling to find buyers for the good they make. That’s the reality even today.

Shrestha then decided to partner up with a couple of his friends to build an online platform for the women and their products. Thus came about Kasturi Krafts. Currently, they are solely online based but they have plans to open a retail outlet soon. But the good thing about being an online business is that they have a wider customer base since they deliver all over Nepal.
Their current inventory of items include backpacks, side bags, rucksacks, purses, wallets, slippers, bracelets, buffalo bone key rings, wood carved key rings and earrings. The production takes place in Lamjung and the goods are stored in Pokhara. For this reason, the management team is split among Lamjung, Pokhara, and Kathmandu.

Although the products are made following traditional designs and techniques, they also have a designer working with them. “Everyone is equally involved in the production of our goods. Sometimes we try to include prints to appeal to the younger crowd and our designer helps simplify the design change,” explains Shrestha.

Since everything is handmade and hand-woven, a single bag can roughly take three days to make, while a purse can take an entire day for one person. They have five women consistently working for them but they also take products from other independent producers in the village should they choose to sell with them.

A distinct feature in their finished products is that they have a raw roughness to them. Their final products aren’t finely finished. The stitching is rough and the leather is never polished. “It may sound really strange considering how the market is mostly about finely manufactured goods these days. But the rough finishing gives our products a distinct characteristic. It makes them appear earthy,” says Shrestha adding that this aspect of their products is exactly what their customers are appreciating.

Since hemp is a fairly difficult to fabric to work with, each product comes out a bit differently – even when they are made in the same fashion with the same design. This, however, is a good thing. It means every piece is unique and that there’s only one of it out there. This makes it fitting that they work under the tagline, “Kasturi Krafts unique in itself.” This also means that the actual products can vary from their product images, but not in a way that would cause dissatisfaction when you make a purchase. What you see is what you get but what you get is unique every time.

In tandem with their intention to keep their products looking raw and real, they don’t polish their leather goods either. “Our buyers may polish the leather on their own after purchasing but we don’t polish our leather. Rather we instruct our buyers on how to properly take care of the leather they purchase,” says Shrestha.

Since Kasturi Krafts was launched just last month, it’s still testing the waters. Their ultimate goal is to reach larger groups of consumers and they’re still working on ways to do that. The mission is to connect households to households and help uplift them in the process.

“The first time I saw women in Lamjung making these products, I was riveted. They worked deftly and precisely,” recalls Shrestha. To think that this is a generation passed down skill and not something the women learned after intensive focused training was something he had a hard time processing. “I respect their craft and want to support them so that they can continue with their work. I hope our customers feel the same way,” he concludes. 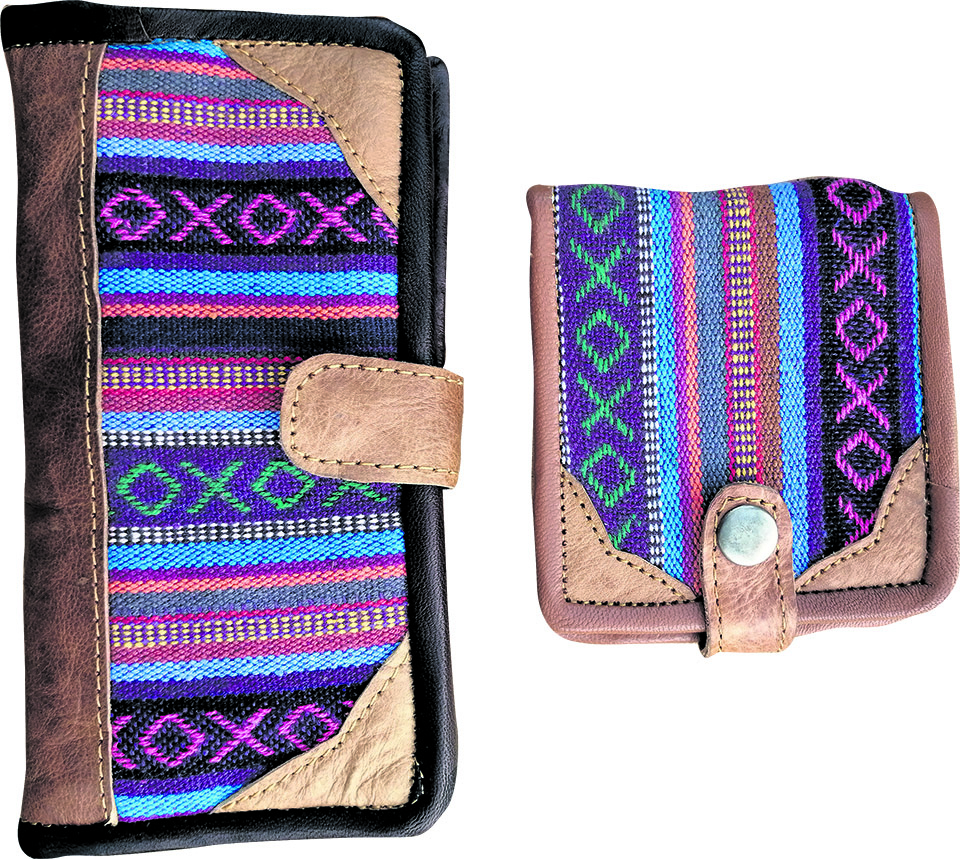 GMP for Ayurvedic products from next year: DDA

Among the 73 registered companies, only one company--Bhaskar Ayurved Company, Birgunj, has complied with the GMP- Santosh KC, senior drugs administrator... Read More...

KATHMANDU, Sept 11: CG Electronics has announced a festive scheme under which people buying CG products will get different sure... Read More...