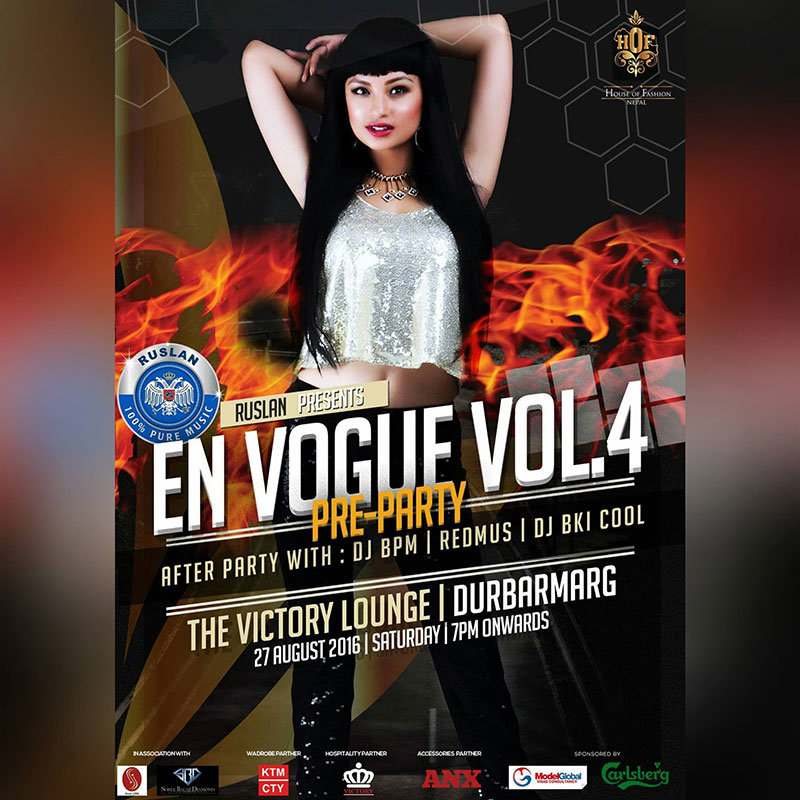 KATHMANDU, Sept 22:  Despite their active participation in the field of modeling, Nepali models have not yet become professional.

Long-established Nepali models have been displaced while novice ones have not been able to secure their place in the modeling field.

A modeling contest called ‘En Vogue’ is being held to encourage those looking for a platform in the Nepali modeling.

New models will be selected through the competition to be held at Annapurna Hotel on Friday.

The training will be imparted to those models participating in the contest to be organized by the House of Fashion.
“We are organizing this competition to help those models interested in the field ofmodeling. Professional Nepali models are active in modeling but the field itself has not become professional yet. The long-established professional models have been displaced. Therefore, this contest will provide a platform to those who have newly entered the field of modeling. It will also instill confidence in the new models,” Executive Director of House of Fashion Oshima Banu told Republica Online.

This is the fourth edition of the En Vouge that has been taking place since 2013. As many as 64 models including both males and females are taking part in the competition.

The candidates who got through the audition round one month ago have undergone trainings on walking on the ramp, catwalk and confidence building.
There is an increasing demand of both male and female models in the Nepali modeling. “That is why we have given a platform to both the males and females in the competition,” said Banu.

There are 43 female models contesting in the fashion show.

Models will perform in various seven sequels including formal, causal and evening gown.

Clad in the attires designed by Sumi Gurung, Pragya Chitrakar, KTM City, Tenjing Yanki, Dipendra Gurung and Sonim Collection, the models will walk on the ramp.

Choreographer Dipen Gurung and Salon Tamrakar have been giving training to the models for a month.
Participants of the various editions of En Vogue Sophiya Shrestha, Kanchan Gautam, Kishor Kayastha and Afisha will be seen in the fashion  show.

Similarly, winners of the previous year Arpana Upadhyaya and Deshraj Shreshta will also participate in the fashion show.

"I have been able to establish myself as a professional model after winning this competition," added Shrestha.

The rehearsal of 'En Vogue’ fashion show was concluded at Hotel Annapurna on Thursday.

The winners of the contest will receive a cash prize of Rs 50, 000 along with various awards. 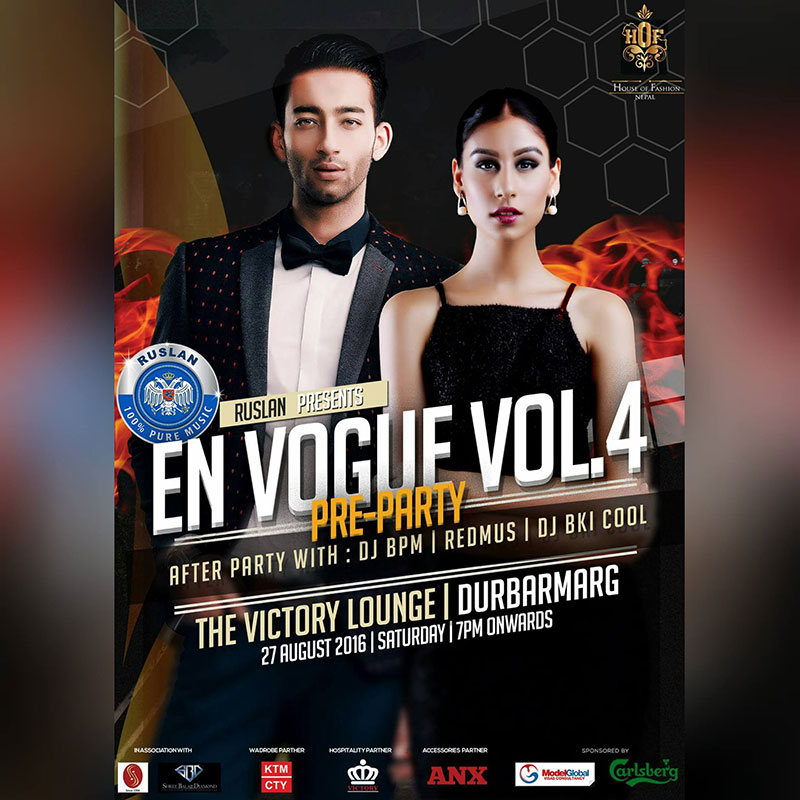 KATHMANDU, Sept 23: Kathmandu based clothing store House of Fashion is bringing back the fourth edition of their popular ‘En Vogue’... Read More...

One model sashayed down the runway with a leather jacket and a guitar, basking in applause from the crowd. Another... Read More...