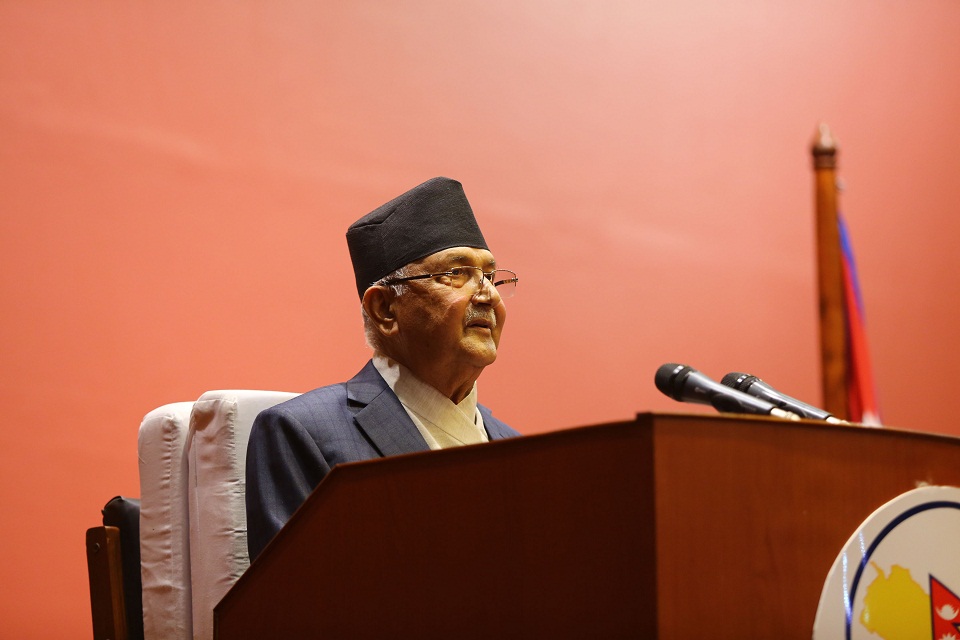 KATHMANDU, Dec 13: A meeting of the Constitutional Council that was scheduled to be held on Sunday has been cancelled due to lack of quorum.

The meeting could not take place as two members of the six-member council remained absent. Sher Bahadur Deuba, president of the main opposition Nepali Congress, and Agni Prasad Sapkota, speaker of the House of Representatives did not turn up at the meeting venue.

Deuba chose to boycott the meeting citing his busy schedule, one day ahead of his party's nation-wide protest against the government on Monday. Sapkota also did not join the meeting as he was attending a meeting of the Parliamentary Legislative Committee.

According to constitutional provisions, five members should be present to hold the Constitutional Council meeting. The meeting has been put off until further notice.

The meeting was scheduled to begin at 9 am today at the Prime Minister’s Official Residence in Baluwatar.

There are currently 45 vacant posts at various constitutional bodies. The CIAA, EC, NHRC and NWC are headless and the posts of commissioners are also vacant in these commissions.

Various positions have fallen vacant at the Public Service Commission and National Natural Resources and Fiscal Commission as well.

The council is headed by the prime minister and its members include the leader of the main opposition, speaker of the House of Representatives, chairman of the National Assembly, deputy speaker of the lower house and law minister as members.

KATHMANDU, Dec 15: The Constitutional Council (CC) meeting which was supposed to take place earlier this morning has been rescheduled... Read More...