Concerns rise as govt decision may leave over 26,000 SEE students unable to secure admission in Grade 11 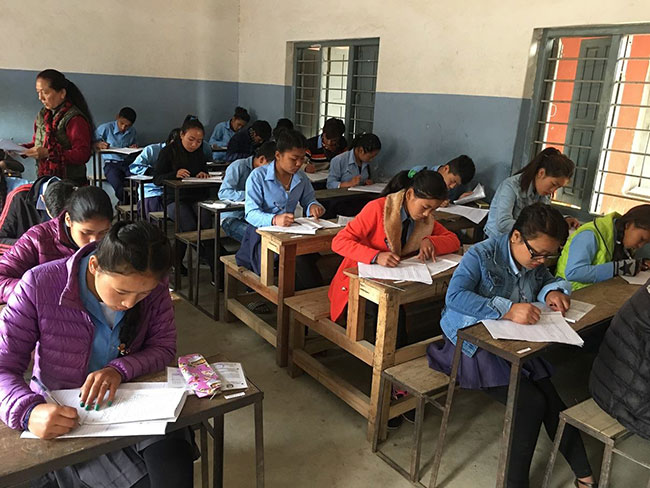 KATMANDU, August 22: At a time when a section of people are casting serious doubts over the reliability of the school’s internal assessment after more than 9,000 students achieved GPA of 4 in their SEE examinations, the recent SEE result has left several thousands students, who may not be able to get admission in the Grade 11, heavily concerned about their prospect of continuing further studies this academic session.

As decided by a meeting of the National Curriculum Development and Evaluation Council (NCDEC) chaired by Education Minister Giriraj Mani Pokharel on July 12, students who receive grades below 'D+' in subjects such as English, Mathematics and Science are not eligible for admission in Grade 11. The same meeting also concluded that it is not enough to bring 'D+' in three subjects and that students should bring an average GPA of 1.6 to get admitted in grade 11.

This means that not all of the 472,072 students, whose SEE results were made public by the National Examination Board (NEB) last week, are eligible for getting admission in Grade 11. Over 26,000 students do not meet both these criteria, according to NEB officials.

This has left students highly concerned as they argue that the government has left no alternative for those who have secured a grade below 'D+'. "Currently, the council has not planned an alternative for such students. The decision may be considered if the education ministry provides some new directives to address their concerns," said an official at the Council.

Furthermore, the meeting held by the Council on July 12 also decided that students must achieve a grade of ‘C+' in English, Mathematics and Science along with an overall grade of GPA 1.6 in order to study Physics, Chemistry, Biology and Mathematics in Grade 11.

The grading system was adopted a few years ago in order to eliminate the trend of marking with a 'fail' or 'unqualified' sign. Before the system was introduced, students, who scored below certain marks, would be marked with a 'failed' symbol in their final marksheet. But the minimum criteria set by the council has rather aggravated the fears of getting rejected in the college admission process for students with low GPA rankings.

KATHMANDU, Sept 24: The main opposition party – Nepali Congress (NC) – has expressed concern over the decision made by... Read More...

CHITWAN, Jan 30: The Supreme Court has settled the dispute between the Tribhuvan University (TU) and the Agriculture and Forestry... Read More...