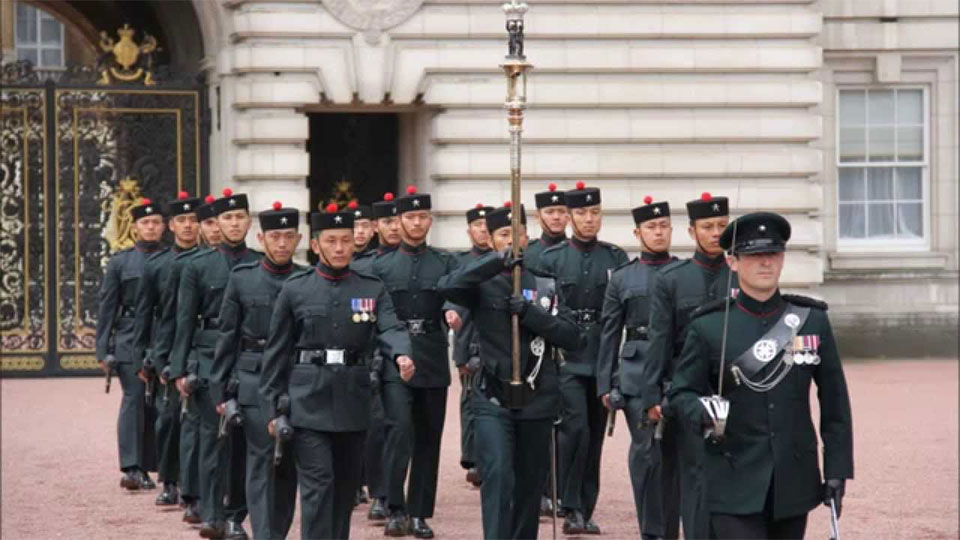 KATHMANDU, Feb 23: The United Kingdom has conveyed to the Nepali side that it was not immediately possible to fulfill  demands to provide compensation for the disparity that Gurkha servicemen in the British army between 1948 to 2006 faced in their pay, pension and other perks as compared to their British counterparts.

During a bilateral meeting with Foreign Minister Pradeep Gyawali in Kathmandu on Friday, visiting British Minister of State for the Armed Forces Mark Lancaster said the British side was ready to “progressively” address the demands put forth by the agitating Gurkhas.

While stating that the British government had already started ensuring parity in perks and pension to all Gurkhas with their British counterparts, the British minister, according to diplomatic sources, cited some practical difficulties in ensuring retrospective justice as demanded by  former Gurkha servicemen.

Sources said the British side had raised concern about possible implications the “restorative justice” to former Gurkha servicemen could leave to them.

During the meeting, Foreign Minister Gyawali  emphasized  the need to resolve the problems of  ex-British Gurkha soldiers. He  maintained that their demands should be addressed, recognizing the contribution they made without confining the issue to the financial domain.

While stating that the British government was ready to “progressively” address their demands, British Minister Lancaster  informed that British government was preparing to make an announcement in the near future to address concerns raised by former Gurkha soldiers, state-owned news agency, RSS quoted Gyawali as saying.

Former Gurkhas, who served with the British army between 1948 to 2006, have been demanding the implementation of the recommendations made in a Tripartite Technical Committee report, which they say highlights various forms of discrimination and even recommends compensation for  discrimination they were subjected to in their pay, pension and other perks as compared to their British counterparts.

The committee comprising members from the Nepal government, the British government and representatives of the agitating former Gurkhas recommends compensation for discrimination Gurkha soldiers recruited in the British army were subjected to against the spirit of the Tripartite Agreement reached between Nepal, India and the UK on November 9, 1947.

Agitating former Gurkhas have accused  both the Nepal government and the British government of failure in initiatives to bring the recommendations of the report into implementation.

General Secretary of Ex-British Gurkha Satyagraha United Struggle Committee SB Ghising said Gurkha soldiers, who were recruited since January 1, 1948 should have been provided equal salary and pension as per the Tripartite Agreement reached in the aftermath of  India’s independence from British rule.

“The recommendations made in the report submitted by the Technical Team should be owned all three sides. We want both Nepal and the UK to form a high-level dialogue team to resolve our demands at the earliest through negotiations,” he said.

Ghising said only the decision made by such a high level dialogue team comprising also   representatives of agitating former Gurkhas will be acceptable to them. “It has already been 27 years since we have been fighting for justice. Our fight for equality will continue until our demands are met as recommended in the Technical Committee report.”

Former Gurkhas said that they are  disappointed as no concrete moves were taken to address their issue during the bilateral talks between Minister Gyawali and State Minister Lancaster on Friday. Earlier, they had submitted separate letters to the prime ministers of Nepal and the UK demanding that they expedite talks to address their demand for pay, pension and other facilities on par with their British counterparts.

UK govt to increase Gurkha pensions by 10 to 34 percent

KATHMANDU, March 7: The United Kingdom is investing an extra £15 million to increase individual pensions to its  Gurkha soldiers... Read More...