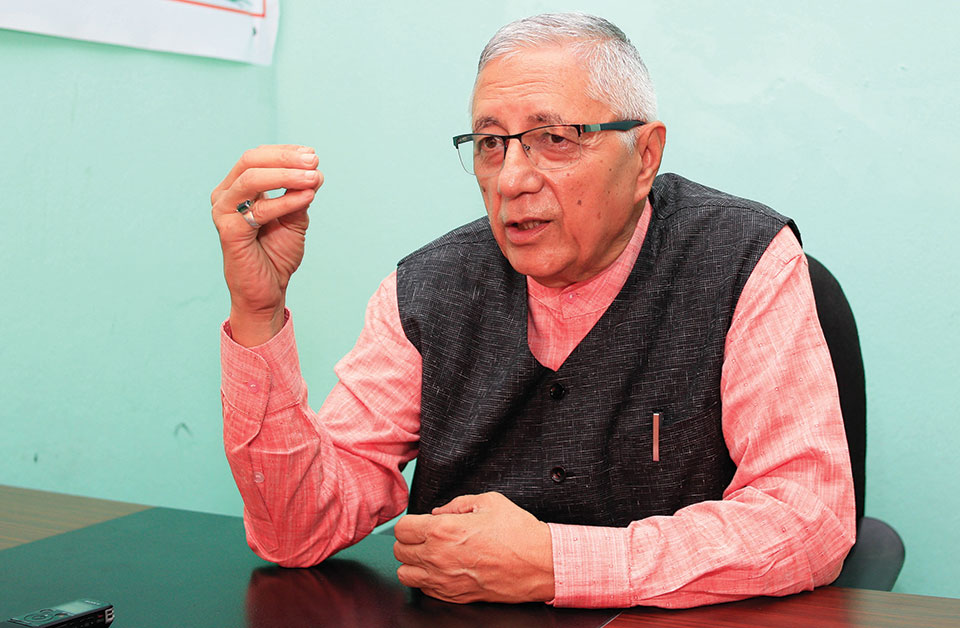 KATHMANDU, Feb 9: A senior leader of the main opposition Nepali Congress Dr Shekhar Koirala has accused the Commission for the Investigation of Abuse of Authority (CIAA) of working in collusion with the government in the Lalita Niwas land grab case.

Issuing a press statement on Saturday, NC Central Working Committee (CWC) member Dr Koirala argued that the decision of the CIAA to spare some ruling party leaders in the name of policy-level decisions taken by the cabinet, while implicating others for the same decision showed that there was a collusion between the CIAA and the government.

The anti-graft body had decided not to file a graft case against NCP leader Bishnu Paudel, who has a piece of Lalita Niwas land registered in the name of his son, on the condition that he would return the land, while it spared former Prime Minister Madhav Kumar Nepal on the ground that the case involving Lalita Niwas was a policy-level decision taken by the cabinet.

However, the CIAA filed a corruption case against NC Vice President Bijaya Gachchhadar for his alleged involvement in the case in his capacity as minister. “The collusion between the government and the CIAA has been seen in the Baluwatar land scam. Some are given amnesty in the name of policy decisions taken through the cabinet, while cases were not filed against others on the condition that they would return the land,” he said in the statement.

Dr Koirala also said that the latest move had raised question about the impartiality and constitutional autonomy of the anti-graft body in the country. “The move by the CIAA is regrettable for both democracy and the country,” he further said.

The CIAA on Wednesday filed a charge-sheet against 175 individuals, including some erstwhile bigwigs, at the Special Court, accusing them of being involved in illegally registering Lalita Niwas land in the names of various individuals.

The anti-graft body has sought a court order to bring the Lalita Niwas land back under the name of the government and impose billions in fines on those found guilty. It accused 175 individuals of illegally registering more than 299 ropanis of government and guthi (trust) land at Lalita Niwas in Baluwatar in the names of various individuals through the abuse of  authority or the concocting of fictitious land tenants.

KATHMANDU, Feb 9: Two days after the Commission for the Investigation of the Abuse of Authority (CIAA) filed a case... Read More...