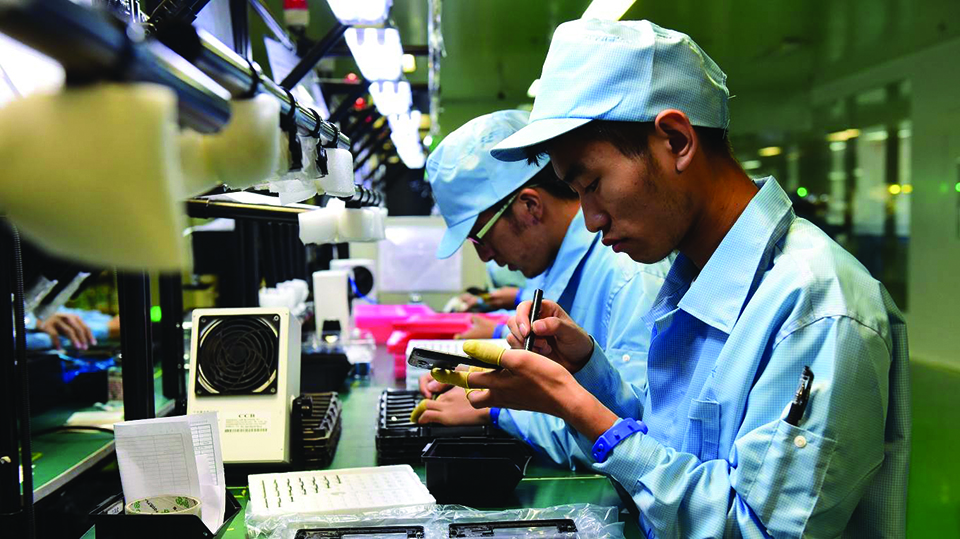 Kishore Mahbubani, a professor at the National University of Singapore, is the author of Has the West Lost It?
news@myrepublica.com

In the future, historians will lament that America’s long-term policy toward China was not a result of calm calculation

SINGAPORE – The world’s most important bilateral relationship—between the United States and China—is also one of its most inscrutable. Bedeviled by paradoxes, misperceptions, and mistrust, it is a relationship that has become a source of considerable uncertainty and, potentially, severe instability. Nowhere is this more apparent than in the brewing bilateral trade war.

The key assertion driving the current dispute, initiated by US President Donald Trump’s administration, is that America’s trade deficit is too big—and it’s all China’s fault. US Treasury Secretary Steve Mnuchin has gone so far as to demand that China unilaterally cut its trade surplus vis-à-vis the US by $200 billion by 2020.

But most sensible economists agree that America’s trade deficits are the result of domestic structural economic factors, especially low household savings, persistent government deficits, and the US dollar’s role as the world’s main reserve currency. According to Joseph Gagnon, a senior fellow at the Peterson Institute for International Economics, if the US wants to reduce its trade deficit, it should start by reducing its massive fiscal deficit.

Yet it is not even clear that America’s trade deficit urgently needs to be cut. While the external deficit is certainly large, the US can live beyond its means in a way other economies cannot. Thanks to the dollar’s reserve-currency status, the US can absorb most of the rest of the world’s savings, which finance its saving shortfall. Moreover, as Trump’s own Council of Economic Advisers noted in February, the US enjoys a services surplus with the world, including with China.

But it is not just the Trump administration that shuns rational economic argument. Trump’s approach to trade with China enjoys more mainstream support in the US than most of his policies, because most Americans—including many who otherwise oppose Trump—are convinced that China is not playing fair. The political commentator Fareed Zakaria, for example, has stated that “on one big, fundamental point” Trump is right: “China is a trade cheat.”

What all this China-bashing leaves out is that cheap Chinese imports have drastically improved the quality of life of American workers, whose median income has stagnated for 40 years. According to the consultancy Oxford Economics, buying Chinese imports saves American families around $850 annually. Given that 63 percent of American households do not have even $500 saved for emergencies, this is not an insignificant amount.

Of course, open trade with the US and the rest of the world has enabled China to achieve the fastest poverty reduction in human history. But that does not mean that China is reaping most of the economic benefits. For example, the Chinese manufacturer Foxconn earns just $7.40 for every $800 iPhone that is sold; most of the value goes to Americans.

Chinese policymakers now put their faith in what was arguably the West’s most important export: modern economic theory. Yet they remain subject to damaging decisions made by a US plagued by misperception. The question is whether China will bow to US pressure.

China’s leadership is, ultimately, pragmatic. If a few symbolic concessions (like the voluntary export restraints to which Japan agreed in the 1980s) could prevent a collision, China may make them. But, when it comes to bigger—and economically unjustified—  demands, China is likely to hold the line.

Here, the most obvious example is Mnuchin’s demand that China abandon its “Made in China 2025” plan. China has already been subjected to American export controls on high-tech equipment (including the recently imposed seven-year ban on the sale of software or components by US companies to ZTE Corporation). It is not about to give up its quest for high-tech development, a critical element of a clear long-term strategy for moving its economy up the global value chain.

In short, however rational China tries to be, a trade war remains a real possibility—one that will hurt both Americans and Chinese. And this outcome is made all the more likely by a deepening disquiet in the bilateral relationship.

A three-month sabbatical at two leading US universities has underscored for me the extent to which attitudes toward China have soured in recent years. If Chinese policymakers were aware of the intensity of this shift—and I have informed a senior figure among them—they would realize that their calm and rational policies toward the US during the past 20 years may well not work in the next 20.

It would take an entire book to explain why America’s opinion of China has turned so negative. But some reasons are obvious. Within the next decade, China will overtake the US economically, despite not being a democracy. Several thoughtful Americans have told me that they could live with a larger China, if it was democratic.

Here, again, there is some irrationality at play: a democratic China would be far more susceptible to populist and nationalist pressures, and thus would probably be a pricklier partner for the US. Yet the US remains blinded by ideology, and thus is unable to see the benefits of a China guided by economic rationality.

In the future, historians will lament that America’s long-term policy toward China was not similarly a result of calm calculation. Instead, they are likely to focus on how America’s political polarization and simplistic ideology—shared by many who should know better—drove it into a highly damaging and utterly pointless conflict.

Kishore Mahbubani, a professor at the National University of Singapore, is the author of Has the West Lost It?

CHINA, June 30: Police say 10 people have been killed and another 10 injured in a head-on collision between a passenger... Read More...