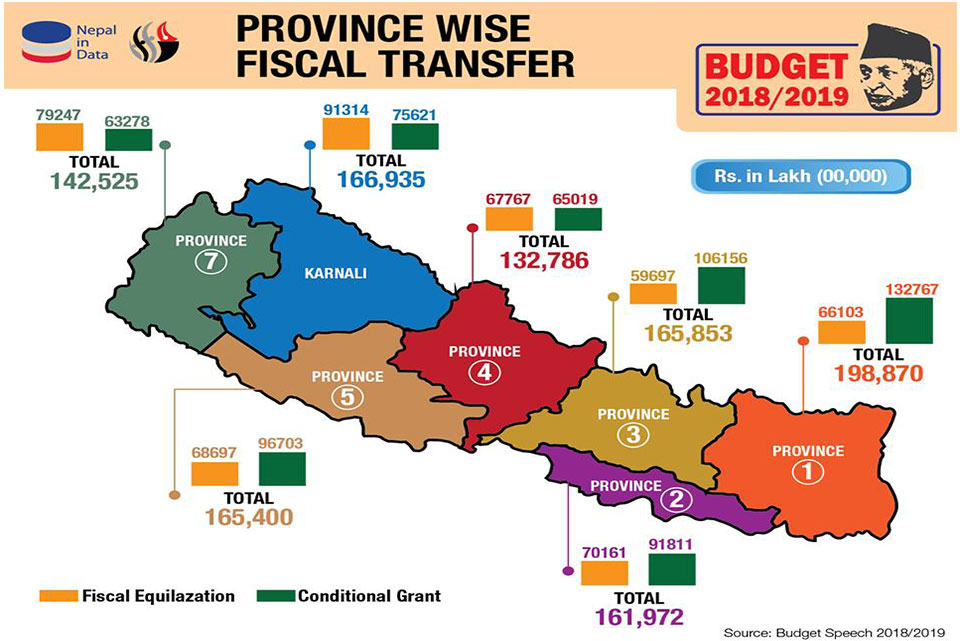 Out of the seven chief ministers that Republica approcached for feedback, only four responded. Budget did not come as per the spirit of federalism
- Trilochan Bhatta, Chief Minister, Province 7

The budget is not in line with the spirit of federalism. It is not up to my expectation as the first budget of the federal government; it’s rather similar to previous budgets.

Province 7 lagged behind in development in the last few decades. This factor should have been taken into account during the preparation of the budget. No extra budget has been allocated for addressing this factor.

We are finalizing the budget of Province 7 which will be based on the foundations of federalism. It will ensure the optimum utilization of all potential economic sources of the province. The budget is not as per the spirit of federalism. It has largely neglected the Karnali region, one of the most impoverished regions of the country. For us this budget is not satisfactory. We had urged the government to provide special economic package for this region but the government allocated inadequate budget for the development of this region. This years’ budget is lesser than what the government use to allocate in the previous years.

In this province, fifty-two percent of the people are already below the poverty line and we have to work hard to eradicate poverty and backwardness of the region. But the government has not given due priority in allocating development budget. This will leave the relatively backward Karnali always backward from development perspective.

The budget has prioritized to connect Dolpa, Mugu and Humla with China borers. I think this is the only good decision in the budget. Federal system becomes stronger only if you make the provinces stronger. The first budget introduced after the country adapted the federal structure is not province friendly. It seems the federal government cannot prioritize the provinces as necessary. From the view of a CM, I see the budget has not given due priority to the development of province.

The finance minister has stressed on establishing provincial stadium and health fitness center for the development of sports and health. But the budget is not given due priority to the development as expected.

The government has allocated Rs. 20 billion in accordance to the proportional allocation of budget but it is not adequate. It’s too little. Overall, it is positive, progressive. But it is a reflection of centralized mindset. I feel that the local and federal governments have not received fair distribution of budget. The country has gone federal with an aim to decentralize development and power. So, it was important to carry that spirit in the budget distribution which I could not feel. On the other hand, budget is going to be released only after projects are finalized. But that hinders projects. Center – province connection is new for us. We all are in the learning process.

JUMLA, June 9: Health workers in rural parts of Jumla have been deprived of their allowances since the last nine months... Read More...