Attacks Against Independence of Judiciary 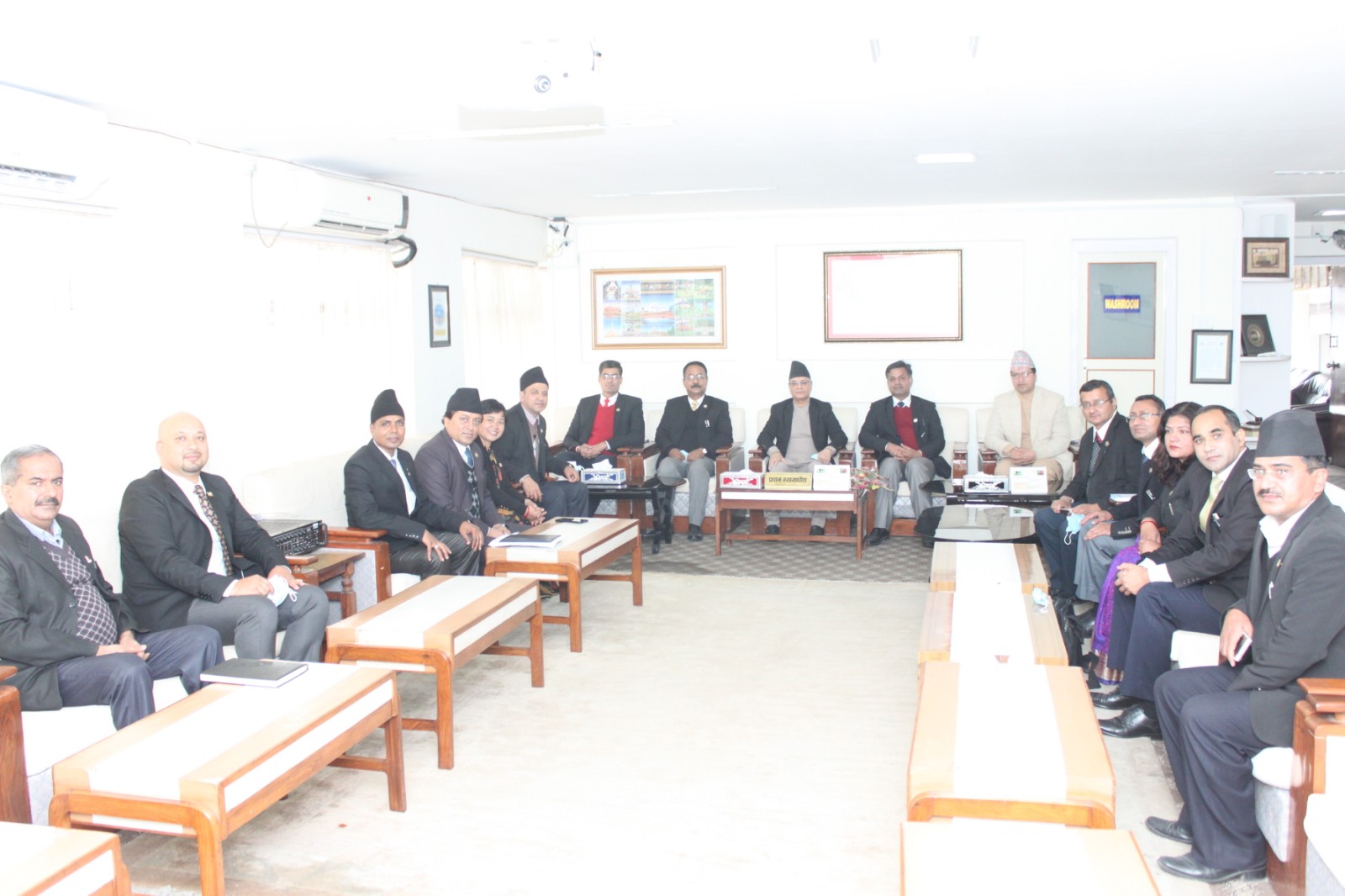 KATHMANDU, Jan 29: While expressing serious dissatisfaction over the criticisms being made against the apex court in relation to the ongoing hearing on the case related to the dissolution of the House of Representatives(HoR), Chief Justice Cholendra SJB Rana has urged lawyers' bodies to help protect the independence of the judiciary.

During a courtesy call made by the newly-elected office-bearers of the Supreme Court Bar Association (SCBA) on Friday, Chief Justice Rana said that it was necessary for the lawyers' bodies to play a constructive role to discourage interferences being made against the independence of the judiciary. "Attacks are being targeted against judiciary through various ways," Rana said, adding, "Since we can not defend such attacks it needs to be protected by the lawyers' organizations."

The call of Chief Justice Rana comes in the wake of increasing attacks made by the political leaders and a section of civil society leaders against the Supreme Court in recent days as it is hearing on the writ petitions filed against the dissolution of the parliament. They have been openly threatening to take to the streets if the verdict on the parliament dissolution is not favorable to them, apparently to put the apex court under pressure.

Chief Justice Cholendra SJB Rana assured that the Supreme Court will play an admirable role in its national responsibility with respect to the case involving the dissolution of the House of Representatives (HoR). "We shall play the role entrusted to us in an admirable manner," Rana told the newly-elected office-bearers of the SCBA.

Rana expressed dissatisfaction over the unwarranted criticisms being made from various quarters in relation to the ongoing hearing on the HoR dissolution case being carried out by the Constitutional Bench of the apex court. While stating that criticisms had drawn their attention, Rana said that they are committed not to let anyone reduce their respect towards the judiciary.

Chief Justice Rana expressed dissatisfaction over the protests of judges while taking disciplinary actions against them. "This has created an obstacle on CJ's anti-corruption drive in the judiciary," the office-bearer of the SCBA said.

Chief Justice Rana told them that he could not take proper decisions even against those involved in serious irregularities as judges started criticizing his actions to discourage him from taking such moves.

Stating that the apex court formed committees to control corruption and introduce an automated system of allocating cases a few months ago, Chief Justice Rana also called SCBA to support the implementation of the reports to be submitted by those committees.

Rana also expressed dissatisfaction over the role of protest from various power sectors while taking actions against those staffers who involve in corruption and bribery. Stressing that action against those who misuse their authority would only help to protect the independence of the judiciary, Rana said that he is very much aware of the fact.

Rana, however, defended the recent appointment of chief judges and claimed that Nripadhwoj Niroula was promoted due to his impartial and honest role as Chief Registrar in the Supreme Court. The appointments had courted criticisms from various quarters including from the NBA in the past.