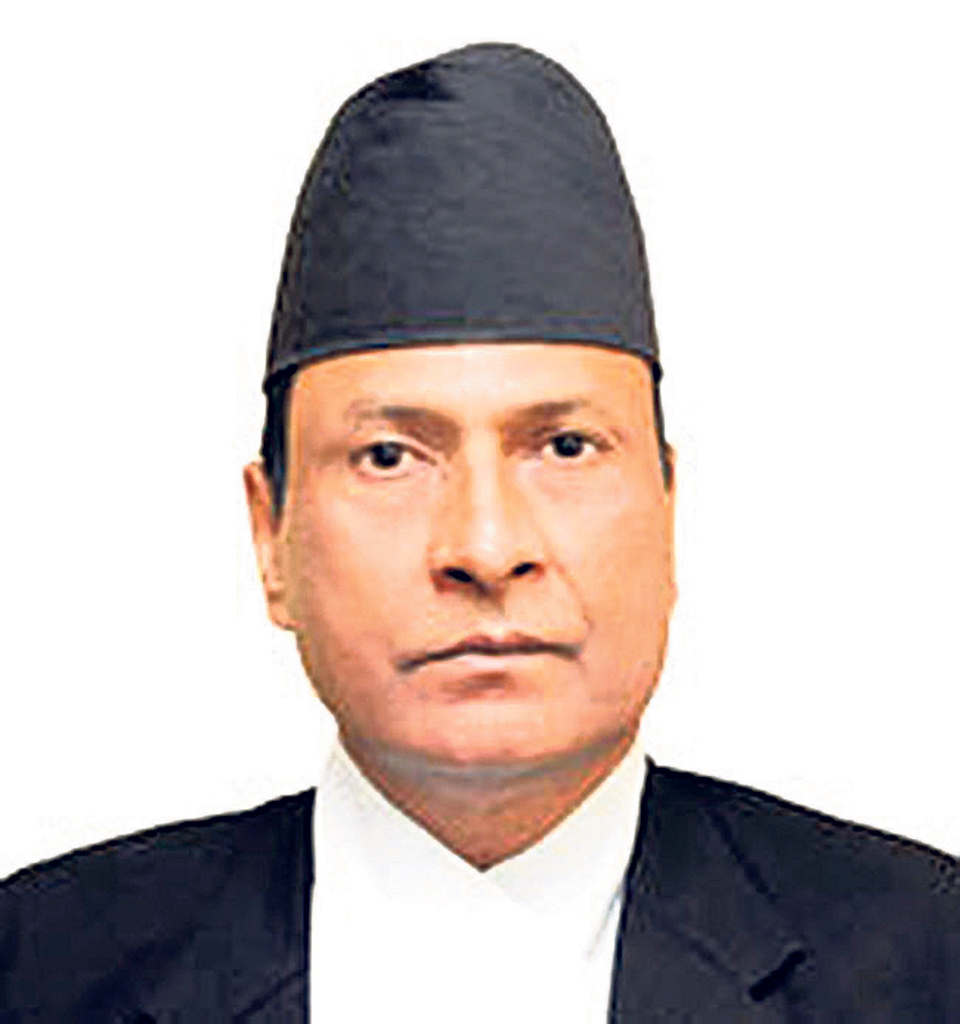 "Joshee was found unfit for chief justice only and not unfit for justice and there was no legal provision to prevent him from working as justice."

KATHMANDU, Sept 14: Chief Justice Om Prakash Mishra on Thursday assigned cases to the seniormost justice of the Supreme Court Deepak Raj Joshee, who resumed office five weeks after he was rejected by the Parliamentary Hearings Committee (PHC) for chief justice. Earlier there were speculations that Joshee wouldn't be assigned any cases to handle.

“CJ Mishra assigned bench to Joshee following consultations with justices at the Supreme Court,” a source at the court told Republica. According to the source, some had suggested to the CJ not to assign any case to Joshee but others advised him to assign cases arguing that no law bars Joshee from doing his job.

The apex court official claimed that Joshee was found unfit for the position of chief justice only and not unfit for justice and there was no legal provision to prevent him from working as justice. The PHC had rejected him for chief justice on August 3 following serious controversy over his academic credentials and leadership skills.

Joshee, immediately after resuming the judicial task, has issued an interim order to halt the process to amend the Muluki Criminal Code, 2017 and summoned the Office of the Prime Minister and Council of Ministers and the Nepal Medical Association to the apex court to clarify why any amendment was needed.

The bench has given the two 15 days to furnish their clarifications in response to a writ petition filed by Bishnu Prasad Timalsina on behalf of the Consumer Rights Forum challenging the amendment process. The bench has also summoned the government representatives for September 20 to discuss whether to continue the stay order or not.

Likewise, in the case of Geeta Kumari Shahi vs High Court Dipayal, Joshee's bench issued stay order and in the case between Laxman Kumari Giri and others vs Office of the Prime Minister and Council of Ministers, he issued show-cause notices in the name of the defendants.

KATHMANDU, Sept 11: Justice Deepak Raj Joshee, who had been on leave after the Parliamentary Hearing Special Committee (PHSC) did... Read More...

KATHMANDU, Sept 2: Supreme Court has ordered the government to arrange the voting system for those Nepalis who are currently... Read More...

With clean-feed coming into force, foreign TV channels are ad-free; some 150 channels’ broadcast suspended
8 hours ago

Maha Astami, eighth day of Bada Dashain, being observed across the country today
14 hours ago

President Bhandari not to offer tika to general public this Dashain
18 hours ago
UN Day Special Feature: The proud story of Nepal Army in UN Peacekeeping Missions
10 hours ago

Government employee dies of coronavirus in Dang
17 hours ago

21 deaths from COVID-19 in Sudurpaschim Province
12 hours ago